"BoJack Horseman": Can this dark horse find light at the end of the race?

As Netflix's animated hit kicks off its final season, it asks if bad men (and horses) can be redeemed 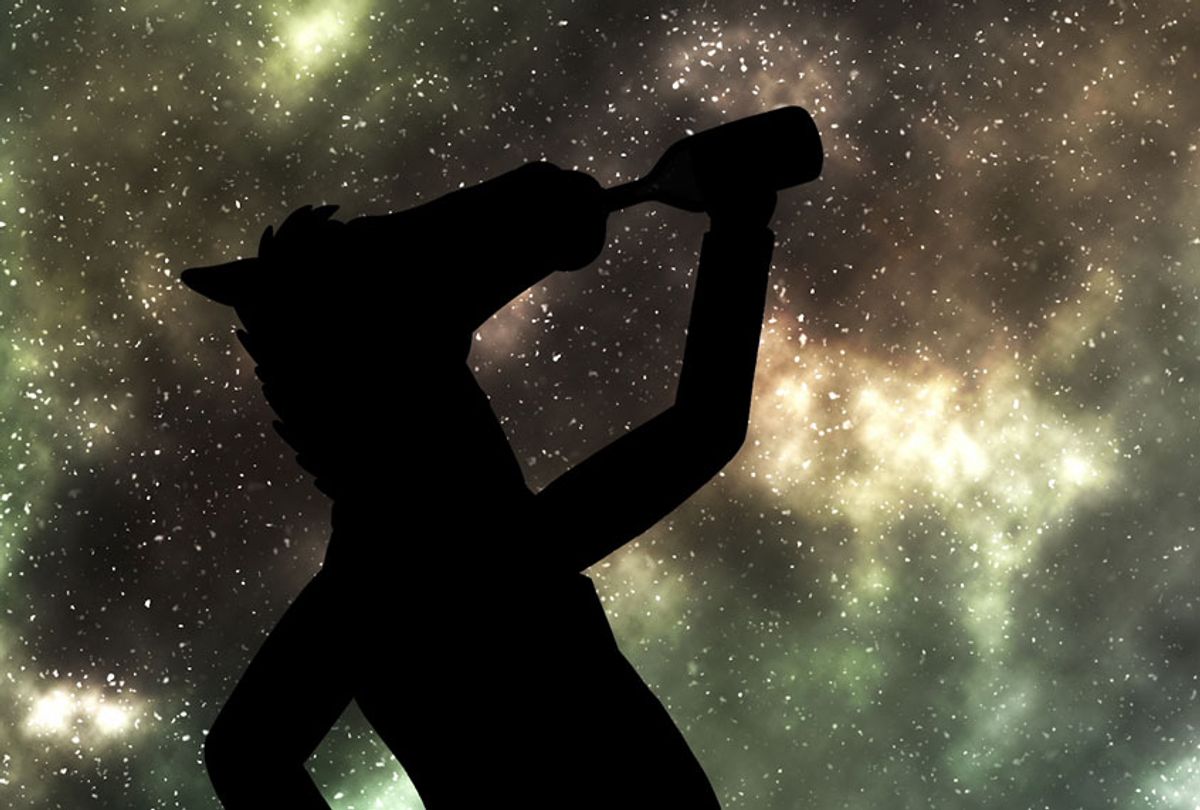 Carpets of stars and glimmering planets notwithstanding, the night sky can be terrifying. It’s a gaze at infinite nothingness, evidence of how little we know and how small we are. BoJack Horseman frequently visualizes slices of the galaxy while he’s in rehab, especially when he’s wallowing through low points.

To be down and sober, which is where “BoJack Horseman” meets up with its equine hero in the first of its final run of episodes, is a miserable business. BoJack, voiced by Will Arnett, jokes his way through rehab – deflecting from his pain, even when he’s taking the process seriously. That’s the only way he can numb his guilt at harming so many people in his life, particularly his “Horsin’ Around” co-star Sarah Lynn (Kristen Schaal). Fittingly, yet tragically, BoJack’s TV daughter died of an overdose in a planetarium, among the stars. All those fake, fake stars.

“BoJack Horseman” is going out darkly. I’m not talking about the darkness of a funny show with a contemplative grey streak, but night-sky black with decidedly fewer obvious punchlines. The two-part finale season of the Netflix series still meets its obligation to make ‘em laugh, but it’s a muted type of humor that caters to superfans and Hollywood (and Hollywoo) insiders.

The most brutal humor in these first episodes is derived from laser-targeted punches upward: for instance, when agent extraordinaire Princess Carolyn (Amy Sedaris) picks up a phone call from BoJack while a baby is heard wailing in the background, the actor deadpans, “I can tell I’m interrupting your meeting with David O. Russell, so I’ll make this quick.”

Even if you’re a diehard “BoJack” viewer who never reads the trades, the message is obvious. Princess Carolyn is in the business of placating overgrown, emotionally needy babies, a job that keeps her so busy that she can’t even find the time to name her own adopted child. In the first episode or two, she’s only known to the world as Untitled Princess Carolyn Project.

“BoJack Horseman” remains a story about brokenness, damage and healing, self-destruction and addiction. Even the characters that appear to be the most stable and together have a vulnerability in their armor, and it doesn’t take very much for facades to crumble, even carefully crafted ones.

But these finale episode tease us with, dare we say it, hope for each of them. Diane Nguyen (Alison Brie), eternally striving to make a difference with her writing, has always been vulnerable to her depression. At last she may have found someone to love her the way she deserves to be loved – and while that’s not the solution, maybe it’s a start. Todd Chavez (Aaron Paul) is pretty much the same Todd; not everything and everyone is capable of lasting change. But he’s fine with that for once. Some people just are the way they are.

BoJack, meanwhile, is really the one testing whether redemption is possible for everyone, committing to sobriety by way of an extended stay at Pastiches, a fancy recovery center that doubles as a way station where he can hide from his sins. He can’t stay there forever, and his departure launches questions about how he and the series will end up.

“What if I get sober,” he asks, “and I’m still the same awful person I’ve always been, only sober?"

The intriguing honesty in the character of BoJack is an important part of his attraction, and as the series winds down to its inevitable end, it asks us to examine how we feel about forgiveness. “BoJack Horseman” has always sorted through its hero’s internalized pain and basest impulses, planted in him by an abusive family and fertilized by fame, the thirst for celebrity, and the industry that runs on those fuels. BoJack’s callousness leads him to cling to some friends and repel others, including the half-sister he never knew he wanted.  His casual humor, effective in leavening the mood throughout, deflects from the seriousness. Even his drinking bouts are hilarious until they harm someone, whether it's himself or (as likely) other people.

“BoJack Horseman” receives more love from critics than nearly every other animated series running, owing to the straightforward presentation of frailty, vulnerability, and the various ways narcissism and arrogance masks our soft spots and is rewarded in our culture. It’s particularly perceptive in its portrayal of what seeds ambition and drive.

Season 5 leapt into the messiness of gender politics and rage by placing him at the heart of a #MeToo story where his co-workers, including his victim, covered up for an assault caught on camera while he was blacked out on substances.

And this makes the direction of the sixth season ever more vital, brutal, and fascinating, as the story contends with the question of whether redemption is possible following a reckoning. Because that reckoning for BoJack is here.

But, as these new episodes depict, it may also have arrived for Hollywoo on some fronts by way of an insurgency kicks off by assistants whose sole demand is “not to be treated like garbage.” Simple enough, and yet it brings the town to a standstill when the powers that be refuse to agree to a simple request to behave humanely.

“BoJack Horseman” walked into the Netflix field on ungainly legs six seasons ago, in 2014. Looking back at those first episodes, it’s amazing to see how far creator Raphael Bob-Waksberg evolved and devolved his characters – especially Arnett’s self-loathing, narcissistic substance-abusing horse best known for his dad role in a “Full House” clone.

This segues into another reason audiences didn’t initially get it: “BoJack Horseman” does not hew to expectations of how an animated series about talking animals that walk upright and live side-by-side with humans is supposed to behave. You might have checked in expecting shallow chuckle candy only to be confused at the serious dramatic spine underneath the syncopated banter and Princess Carolyn’s rapid and precise alliterative dialogue.

Dogs like Mr. Peanutbutter (Paul F. Tompkins) still behave like big dumb lovable, gullible lugs, and fall in love with humans like Diane. A sprinting, panicked BoJack could not slow down if not for the need to care for, and be cared for by the empty-brained, heart-full Todd.

The feline Princess Carolyn can be mercenary, ambitious, and fronts the illusion of having the endless energy expected of a woman who has it all, but the audience can see she’s stumbling through translucent shadows of herself, exhaustedly moving through the world with her body, imitating the ideal of the good life.

Scenes like these showcase Lisa Hanawalt’s meditative, conceptual animations of the internal struggles these characters endure bleeding additional unreality into the fantasy land of Hollywood.

Hanawalt’s take on Princess Carolyn’s battle to stay upright, let alone relevant, is a fleeting abstraction in comparison to previous seasons, where entire episodes were devoted to metaphorical excursions that illustrated BoJack’s internal battles. And we may yet see at least one of those in the last episodes of the series: Bob-Waksberg usually detours into these flights to visually manifest someone’s pain, and the cliffhanger midseason finale hints at a few more devastating surprises lurking down the road.

At any rate, knowing “BoJack Horseman” is coming to an end is painful enough, and these eight episodes do make an effort to smooth the edges off that sadness – a strange thought to assign to an animated series, if a person didn’t already know that these characters contain more complexity than most of two-dimensional figures we see on television.

The first half of the final season of "BoJack Horseman" are currently streaming on Netflix. The final episodes will be released in January 2020.