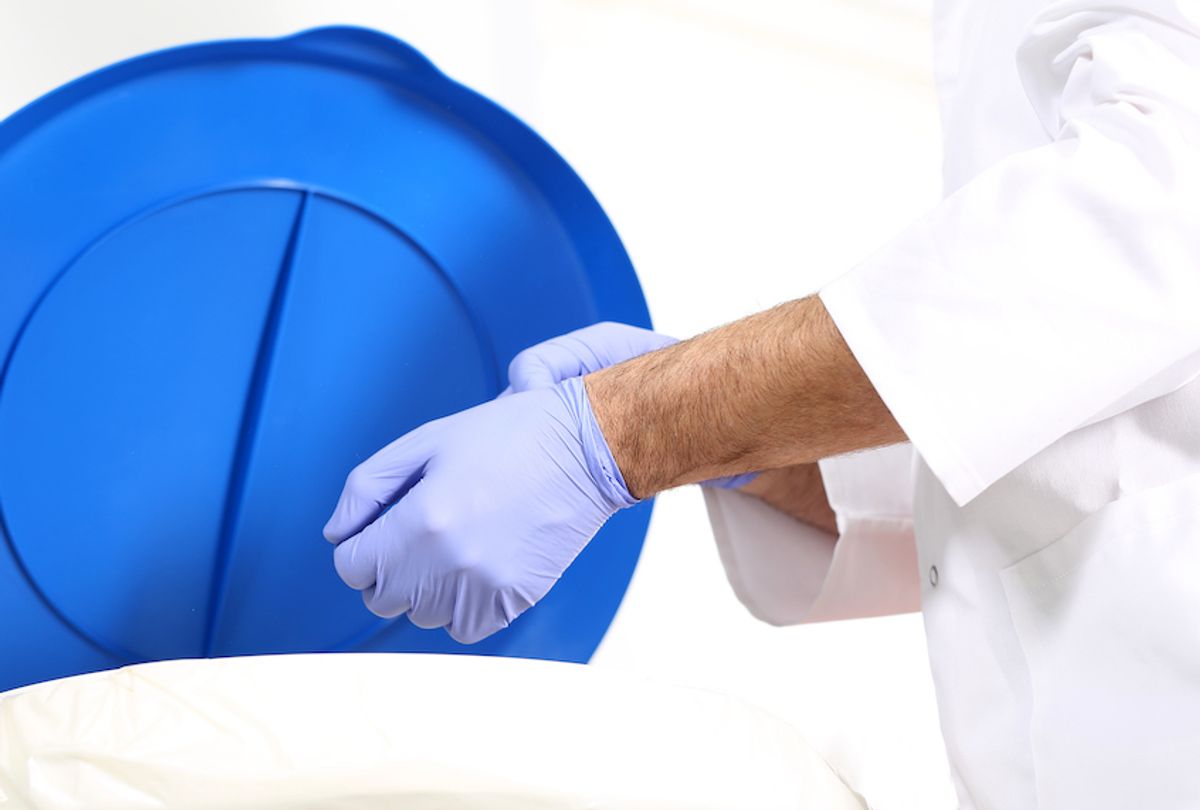 Whether it’s encouraging the use of reusable cups, banning plastic straws, or charging customers for plastic bags in grocery stores, it’s clear that some companies and policymakers are beginning to take measures against the growing issue of plastic waste. It’s easy to imagine science as an answer to our current sustainability crisis, as it offers the development of new environment-friendly materials, low emission technologies, and the production of discoveries and evidence that can help us fight climate change. But could those working on the solution also be contributing to the problem?

According to an audit at the University of Washington, disposable gloves, made from nitrile or latex, are a laboratory’s main contribution to landfill waste, making up around a quarter of the waste sent to the trash by scientists. Gloves contaminated with chemicals are considered hazardous waste, and must be disposed of accordingly to ensure public and environmental safety. Some researchers choose to reuse gloves that are still clean after one use, but this is not always possible — gloves can get sweaty, tear, and are sometimes tricky to put on once they’ve come off. Importantly, gloves are mainly a prevention measure and do not always become contaminated, so they are thrown in the trash rather than the hazardous waste bin, ending up in a landfill. Instead, gloves could be recycled.

In the last five years, the University of Edinburgh’s School of Chemistry has diverted one million gloves — 15 metric tons of plastic — from landfill waste. The department was the first in Europe to sign up to the KIMTECH Nitrile Glove Recycling Program, also known as RightCycle, run by Kimberly Clarke Professional, a multinational consumer goods corporation, and TerraCycle, a company that specializes in recycling unconventional items. The scheme is operated not only in the United Kingdom, but also in the United States, with laboratories at the University of California Santa Cruz, University of Illinois, University of Texas Austin, and Purdue University signed up to the program. Between 2011 and 2017, more than 360 metric tons of waste — about 24 million gloves — were diverted from landfill because of the program. The nitrile gloves are turned into plastic granules that, after blending with other recycled plastics or being milled into a powder, form composite raw materials that can later be processed and turned into bins, garden equipment, furniture, or even rubber flooring and ground covering for sports facilities.

Tim Calder, Waste Management Officer for the University of Edinburgh’s School of Chemistry, came across the scheme when talking to a Fisher Scientific representative who mentioned the nitrile glove recycling program. Calder bought 200 collection boxes in February 2014 and notified laboratory staff that they could take one to their lab on request. Since then, when the boxes are full, they are taken down to a larger collection point in the school’s stores facilities, which are emptied every six to eight weeks by TerraCycle. “I was involved with sustainability at the University and looking for new opportunities,” says Calder. He believes the initiative has been successful because “the staff and students here have been happy to do their bit.”

According to a 2015 estimate, around 5.5 million tons of plastic are produced in bioscience research facilities alone every year — so why aren’t recycling programs more popular? The reason why many single-use plastic products, including laboratory gloves, are not conventionally recycled, is that doing so is not usually economically viable. Collecting and processing them through regular streams costs more than the value of the material left at the end. However, this particular recycling scheme works because TerraCycle collects a range of hard-to-replace plastics, from a variety of institutions, which are processed and then combined to make composite materials that can be processed into useful products. Participating laboratories only have to pay for the transport of the gloves to their nearest collection warehouse location.

The School of Chemistry is currently the only department at the University of Edinburgh to take part in the RightCycle program, despite sharing a campus with other science facilities. Even when individuals have the initiative to adopt more sustainable practices in their labs, it is difficult to know where to start, or how to design programs that can be upheld in the long-term and will be embraced by students and staff. Each university or research institution has different protocols for how laboratory waste streams are handled, so a collective effort between building managers, laboratory staff, and department heads is crucial for the success of such initiatives. The implementation of the glove recycling scheme in current universities has often relied on the initiative of staff or students, which is often rare as researchers are often already too busy to spend their time developing sustainable policies for their departments. Institutions should instead fund a position dedicated to supervising the management of waste, someone who can liaise between their institution and recycling companies, as well as looking at how to make sustainability a priority in the department’s policies.

In fact, there are other laboratory materials that recycling programs could target: researchers go through plenty of other single-use plastic items daily, such as pipette tips, petri dishes, and vials. Currently, chemical contamination limits the amount of material that can be recycled, but future efforts should focus on finding ways to neutralize equipment contaminated with common solvents to enable their recycling. To reduce plastic waste, facilities could also look at replacing plastic equipment with reusable glassware where possible, or recycling the plastic packaging in which chemicals are purchased.

The question of sustainability in the lab goes beyond plastic waste, with increasing efforts to adopt a “circular economy” approach by recovering used solvents for reuse, sharing leftover chemicals between departments, and creating chemical management systems to ensure an efficient distribution of resources. As these lab practices become more widespread, they will serve to not only minimize waste, but also save funds and materials.