The viral pomegranate cutting hack we’ve been waiting for 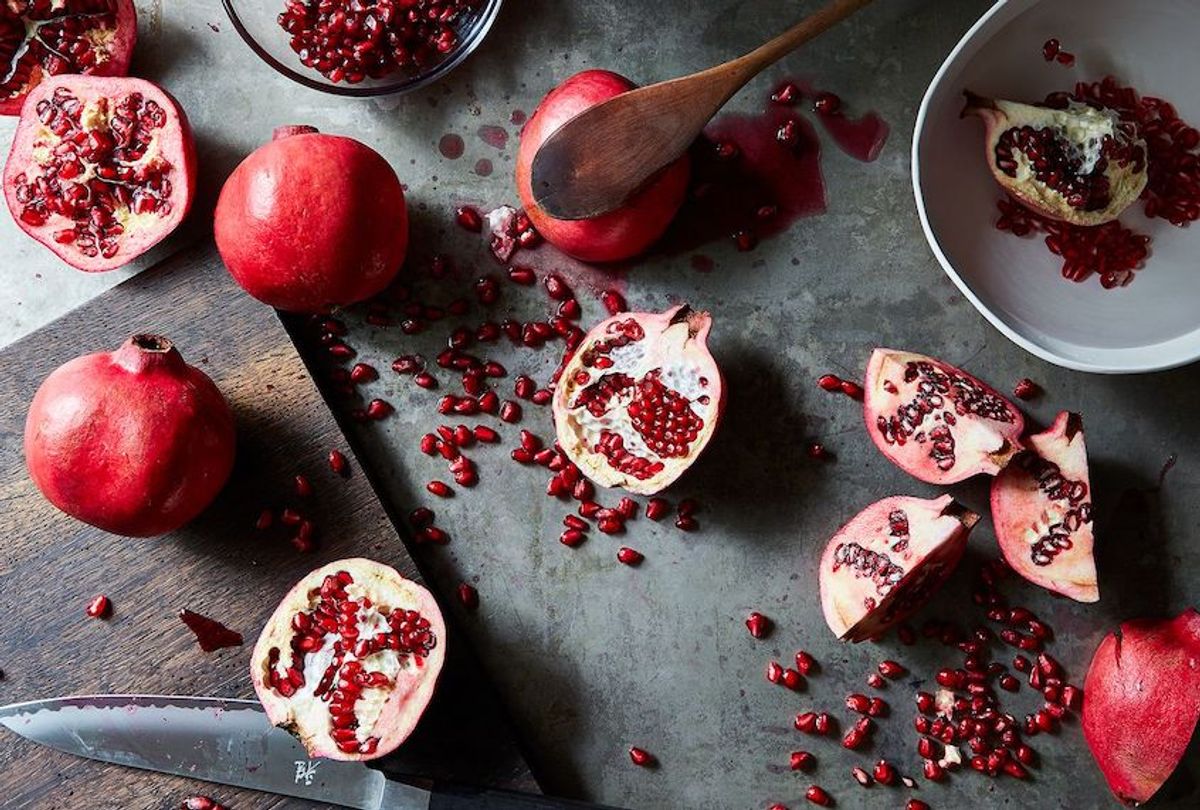 Whenever I’m in need of help cutting particularly stubborn produce, I turn to my favorite site for food hacks: Twitter.

The social media platform has proven to be quite the resource for radical approaches to prepping fruit. Forget hot takes, looped videos, jokes with thousands of retweets. Twitter, for me, is most valuable when confronted with hard-to-cut fruit.

First it was pineapples. Then it was mangoes. Now, enter the boss-level complicated fruit: pomegranates. Those beautiful bejeweled, ruby-speckled honeycombs could now be a heck of a lot easier to cut open.

Twitter, it seems, has the method to end all methods. Behold:

The video, of course, makes the whole affair look all too easy. I love that they don’t even take the fruit off the tree.

As far as pomegranate lore goes, there’s a whole bevy of options when it comes to cracking one open. Some suggest peeling off the rosy pebbles submerged in water. I, myself, have even tested a rather whack-tastic method on this very site.

My roommate, Ali, claims the method in the video is the only way he would ever cut a pomegranate. In Syria, where he’s from, he tells me it’s the go-to and insists that with a thick-skinned and well-ripened pomegranate, it works every time.

I obviously had to try it out for myself. 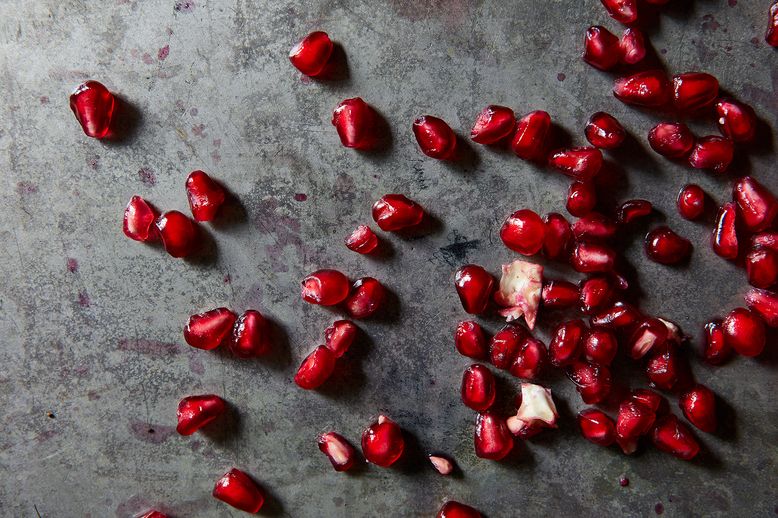 Well, it works and it doesn’t. I was able to cut a square around the crown and peel back the slices, almost like it was an orange; however, to say it came out as neatly as it does in the video would be a ferocious overstatement. It’s obvious, once you start cutting, that the segments are separated as such. And while running your knife along the fruit’s natural ridges does help to release the beads from the core, it’s not a clean and simple solution.

Perhaps the pomegranate at hand was not perfectly ripe? Or perhaps the skin too thin? Maybe I needed to be more confident, more deft with my knife work?

Either way, my worry faded as soon as I bit into that first tart kernel. However you peel a pomegranate, the fruit is always worth it.