What white nationalists and incels have in common: Blaming feminism 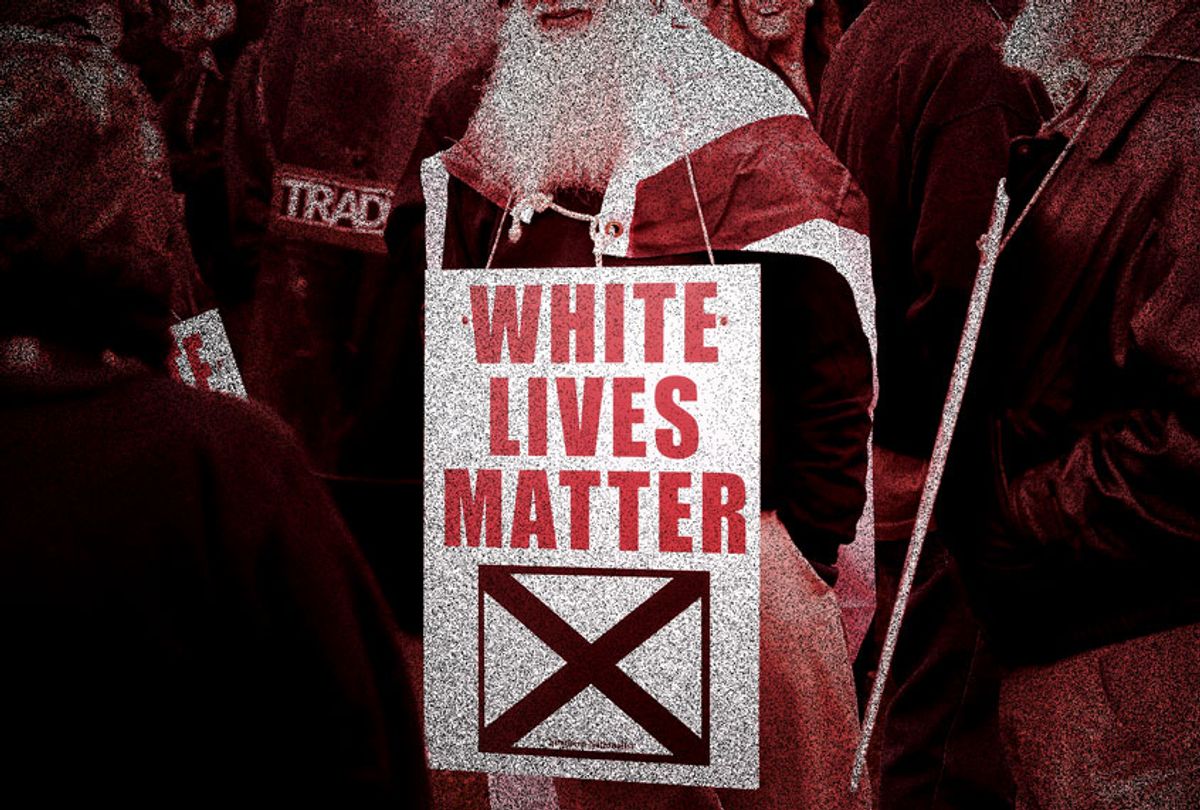 White nationalist attend a rally on October 28, 2017 in Shelbyville, Tennessee. The event billed as a White Lives Matter rally is hosted by Nationalist Front, which is a coalition of several white supremacist organizations. (Scott Olson/Getty Images/Salon)
--

For Jessica Reaves, the journey into the most hateful reaches of the internet began after the 2018 van attack in Toronto. A white male in his 20s plowed his vehicle into a crowd of pedestrians, killing 10 and injuring 16. After he was arrested, the driver told police that an online community of involuntary celibates, or “incels,” had radicalized him.

“That was definitely not the first time that we'd seen someone who identifies as an incel . . . act out against women violently, strike out against them, murder them,” says Reaves, who, as editorial director at the Center for Extremism at the Anti-Defamation League (ADL), monitors extremists across the ideological spectrum. “But it was a sort of turning point in the sense that people were starting to really pay attention to this issue.”

Jessica recently joined me on my podcast and radio show "Inflection Point" to discuss the disturbing discoveries she made in compiling the ADL report "When Women are the Enemy: The Intersection of Misogyny and White Supremacy."

When we think about white supremacy in the U.S., certain images come to mind: swastikas, burning crosses, white hoods, shaved heads. But lately, the image of the white supremacist has evolved into a more clean-cut persona: the "white nationalist.”

“There is no difference. No. White nationalism is just a sort of prettified version of white supremacy,” said Reaves. “They may try to differentiate themselves by saying, ‘Oh, well, as a white nationalist, I believe that white people should have their own space.’ But in fact, it all just comes back to ‘I believe that white people need to be separate because I believe they are superior and different and better in all of these different ways. And I want my own country based on race.’”

How is the white supremacist ideology of so-called white nationalists connected to the misogyny of incels? They all see themselves as victims of the feminist movement.

“There's just a constant state of grievance among misogynists and among white supremacists,” Reaves said. “The beef with feminism and feminists is that women are attempting to take away, take stature away from white men. And this victimhood narrative is just pervasive throughout white supremacist ideology and misogynist landscapes. So this is one of the things that connect them, in the sense that, ‘OK, all of these opportunities, all of these things that I've theoretically worked for, these things that are supposed to be mine,’ — and this is the white man talking — ‘are being threatened by advances by women and advances by people of color.’”

Another anti-equality sentiment that both ideologies share is the strict enforcement of binary gender roles.

“White men in the white supremacist movement want women who are fertile. That's their most important function,” Reaves said.”They are, you know, breeders who can create the next generation of white warrior babies. And then after that, they're supposed to be supporting their husbands. They're supposed to be building and keeping a beautiful home. And then, of course, raising all these many white children. So that's the set of demands that are placed on women in the white supremacist movement.”

Meanwhile, the incel and online misogynist movements, broadly known as the “manosphere,” want women to go back to their “places.”

“They say they have their own views of how women should behave, but it's all very retrograde,” Reaves said. “Like it's 1950 all over again. Women need to know their place. Women need to understand that men are in charge, women are taking too many liberties with the way they dress, the way they speak, the way they run for public office. So there's very much a need to contain women and that's true across the board. There are just different ways of expressing it in the white supremacist community versus the misogynist manosphere.”

Ultimately, Reaves wants people to see that misogyny is a dangerous element of extremist violence that has been long overlooked and needs to be reckoned with.

“We just need to elevate misogyny into this space where people are taking it seriously, where people are calling it out for what it is and where people are recognizing that it has a real-life impact,” said Reaves. “It has impact on women's bodily autonomy in terms of domestic violence. It has an effect on women's ability to go to a hot yoga class or walk down the street in Toronto or to belong to a sorority in you know, Southern California, these are all places where men have attacked women because they have felt that women were not treating them the way they deserve to be treated. Specifically, that they were not having sex to the extent that they felt they deserved.”

For Reaves and the ADL, extremism is a product not of hate but of the refusal of our society to face our own history of institutionalized violence against women and people of color.

Hear more of my conversation with Jessica Reaves, Editorial Director of The Center on Extremism at ADL, in the latest episode of "Inflection Point."

If you want to learn more about how to identify and respond to misogyny, check out the Inflection Point toolkit:

Get more stories of how women rise up on the "Inflection Point" podcast, help us crowdfund our new season, and come on over to The Inflection Point Society, our Facebook group of everyday activists who seek to make extraordinary change through small, daily actions.