Here’s why Australia is having a cataclysmic wildfire season

California isn’t the only place with wildfire woes this year 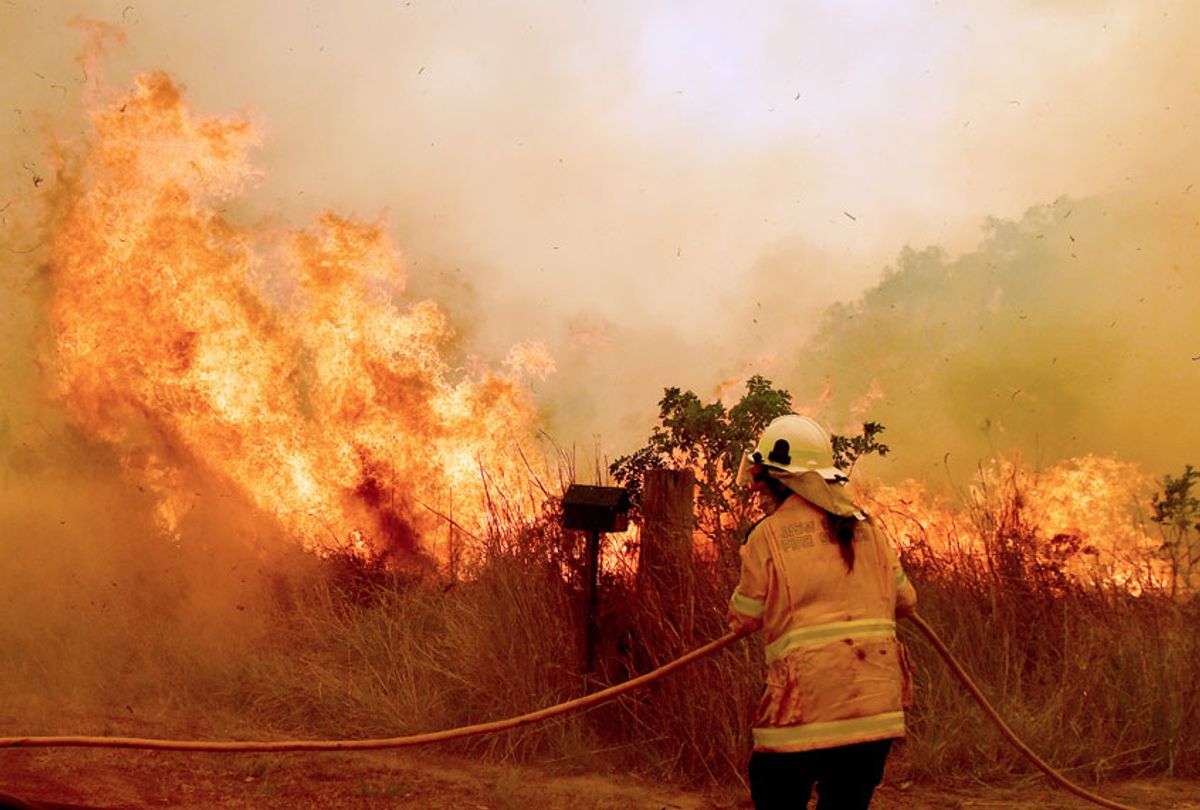 RFS Firefighters battle a spot fire on November 13, 2019 in Hillville, Australia. Catastrophic fire conditions - the highest possible level of bushfire danger - have eased across greater Sydney, Illawarra and Hunter areas thanks to a slight cool change, however dozens of bushfires are still burning. A state of emergency, as declared by NSW Premier Gladys Berejiklian on Monday, is still in effect, giving emergency powers to Rural Fire Service Commissioner Shane Fitzsimmons and prohibiting fires across the state. (Sam Mooy/Getty Images)
--

California isn’t the only place with wildfire woes this year. Weeks before the start of summer, southern Australia is ablaze with some of the most ferocious early-season wildfires the continent has ever seen. This week, a “catastrophic” fire warning was declared in the greater Sydney and Hunter Valley areas. Almost 4,000 square milesof land has gone up in flames, 150 homes have burned down, and at least three people have died.

On Sunday, the New South Wales Fire Service announced the fire threat on Monday would be “worse than originally forecast” — prompting New South Wales Premier Gladys Berejiklian to declare a state of emergency for the next week.

In mid-October, the New South Wales fire service already saw signs of an unusually intense fire season. “It’s important to remember that this is no ordinary bush fire season and we can’t afford to have anyone think this is just another year,” said the fire service’s commissioner in a press release at the time.

This isn’t the first time the dry state has gone up in flames. In 2013, a similar state of emergency was declared when the Blue Mountains were ablaze. But this year is certainly worse than usual, and the reason has to do with climate change. Rising temperatures don’t create fire out of thin air, but they can make wildfires a whole lot worse.

Since 1910, Australia has warmed by a little more than 1 degree C. And crucially, rainfall between the summer months of April to October has decreased by 11 percent in the southeast portion of Australia since 1970. Between May and July — the winter season — rainfall has decreased by roughly 20 percent. Monday might be the first day in recorded history that nary a drop of rain fell anywhere on the Australian mainland — a development that had the weather nerds at the country’s Bureau of Meteorology scratching their heads, according to the Sydney Morning Herald.

“Australia has had a nasty combination of very, very dry conditions and also very warm conditions across the last several months,” Dr. John Abatzoglou, associate professor of earth systems at the University of Idaho, told Grist. “It’s essentially primed a lot of the fuels there to basically be receptive to carrying fires.”

Though the tree species native to Australia are different from the ones seen in the United States, Abatzoglou said, “The recipe for fires in Australia very much mirrors what we see in some of the forests we have here in the western U.S.” The seasons may be backward in the Land Down Under, but the wildfires act the same.