I never planned on seeing 40: How do I get over believing I was destined to die young? 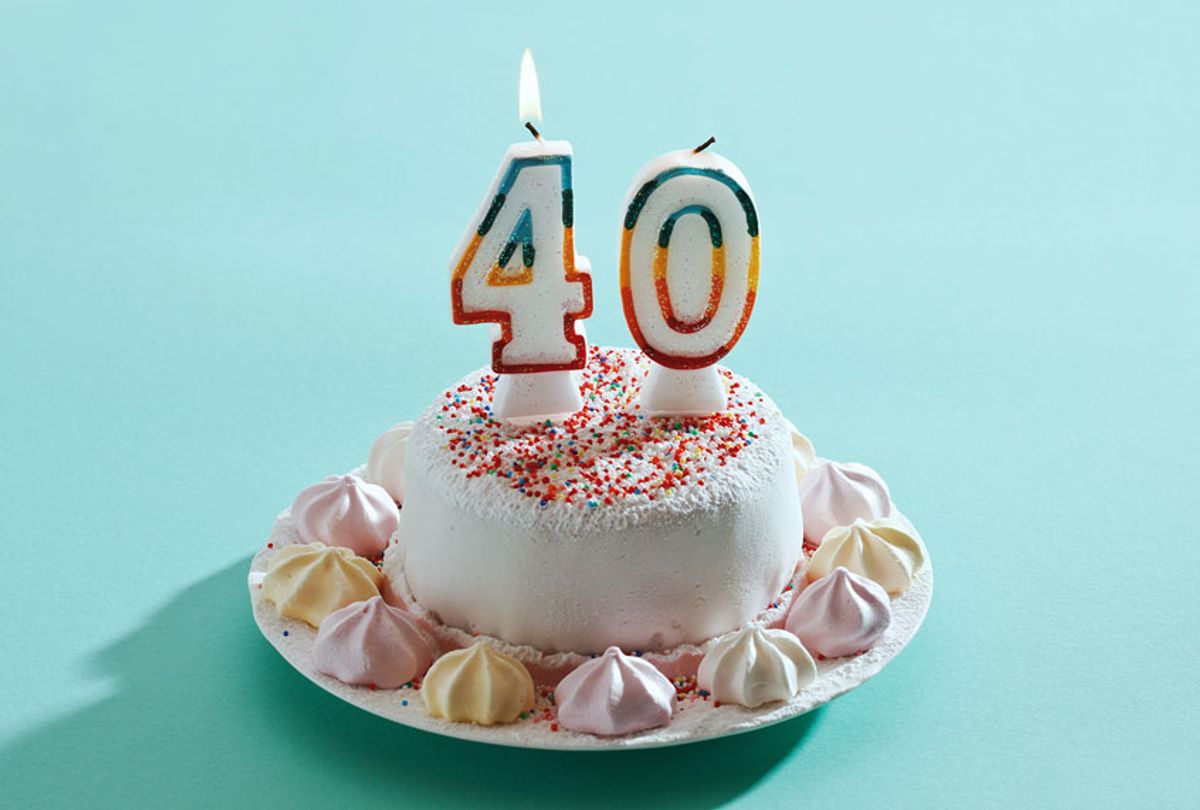 I was sitting in my car on Monday, waiting outside of the building where my next meeting was scheduled to soon begin, scrolling through my Twitter feed, reading tweets about articles and laughing at memes. My laughter stopped when I saw that NFL wide receiver Charles Rogers had died. The former Detroit Lion — the second overall pick in the 2003 draft — was only 38. Now that I'm well into my thirties, 38 seems so young. But if I'm honest, for much of my life, 38 seemed impossibly out of reach. At one time, my friends and I never planned on seeing 40.

I remembered watching Rogers play for Michigan State back when I was really into football. Not because I loved the game. I loved to gamble, and the gambler in me knew the dude was an amazing talent: super fast with good hands. And like many black athletes with pro potential, he came from a rough neighborhood: Saginaw, Michigan, a place where sports is treated like a way out. Rodgers played two years in the NFL before injuries and drug use — he became addicted to painkillers — ended his career. Reports tied his death to cancer; his mother told the New York Times that the official cause of death was liver failure.

Many Americans probably wonder how a guy can make it all the way to the NFL, earn a ton of money, and still have so many issues, as if a pro contract at 21 can erase the 21 years of poverty you had to endure before signing the check. And then there's the stress that comes with knowing about the struggles of the people you can’t afford to save even after signing that check, all the while learning the rules of survival for the new world you've just entered.

But maybe moving into an entirely new world could have saved Rogers. Rogers' entire career took place in Michigan. He never left. For guys like us, death is a part of home.

Back to work for me: The office opened and I walked in, said hello, grabbed a cup of coffee and a seat. I looked down at my feed, at the images of Rogers and video clips of his old highlights, and wondered how or why he couldn’t get over the hump. Then again, I still don't feel free, despite the successes I've had. What’s the difference between Rogers and me? And why is success so scary?

Success is something I run toward, fight for, lose sleep over. But what should be a normal and joyous result of the hours of work I put in can actually be slightly terrifying, because it's not supposed to happen for guys like me. Success still feels grossly unfamiliar, no matter how good my life is now.

Here's the meeting I came in for that morning: David Simon, creator of HBO's "The Corner" and "The Wire" — shows I watched religiously, that changed my life, that taught me things about a city I’ve been living in my whole life, work that I would never even dream of sharing in — sat down two chairs away from me and addressed the room full of writers, which included me.

Is this real? And if so, how did I get here?

Simon stood up and took a photo of the group around the table and tweeted it out. There I was in the photo, cheesing like this was a normal day for me, but it wasn't. During the years when the majority of that group were creating classic TV shows, I wasn’t thinking about TV, HBO, writing or anything other than survival and crack sales — how much were we making and how we were going to keep it.

That one meeting didn't secure me a guaranteed spot on Simon’s team, but I still felt like I had made it somewhere stretching beyond my wildest imagination, which is terrifying. The fear is directly connected to the idea of it all being snatched away. I wonder if Rogers felt that way when he walked onto the field? And if he did feel that way, did those feelings eat him up and plague his once promising career? Not thinking you are going to make it and then making it delivers a different type of pressure. Not planning to grow old gave me a different type of freedom.

My high school friends and I drank gin and cheap champagne and vodka almost every day; we did it for fun, but also, though I didn't realize it then, because we never knew which day would be our last. We didn't want to die, but we knew that’s kind of how it goes sometimes.

We were teenagers, then in our early twenties, and all of us had been shot or shot at. We'd lost family and friends to shootings. It was normal. Funerals happened monthly. We saved the obituaries and preserved them in photo albums. My friend DI bought a laminator to keep his extra fresh. When DI got killed his collection passed to Vance, and then Vance caught 15 years with the feds, so who knows where they are now.

On my social media feeds, I see ghosts: scores of guys I once knew, who didn't see 25 and didn't expect to see 30, who linger on through old accounts and memorial posts. Sometimes I spot myself in those old photos, the one face still alive in a group of people who aren't. I think about those days and how longevity wasn’t a concept we grasped; never mind thinking about routine checkups or retirement planning, or imagining ourselves going grey with wrinkled faces and round bellies.

Now it seems like I’m one of the few guys from that era and scene left. Now I have to consider my health, my wellness, what my tomorrows will hold. My childhood friends are gone, but I have family and team members who rely on me now. I'm married, and we're expecting a child. That means I have to work through the fear, chase success, and try to push forward, over the hump that clipped Rogers.