Behind the scenes on Andy Warhol's "Women In Revolt" 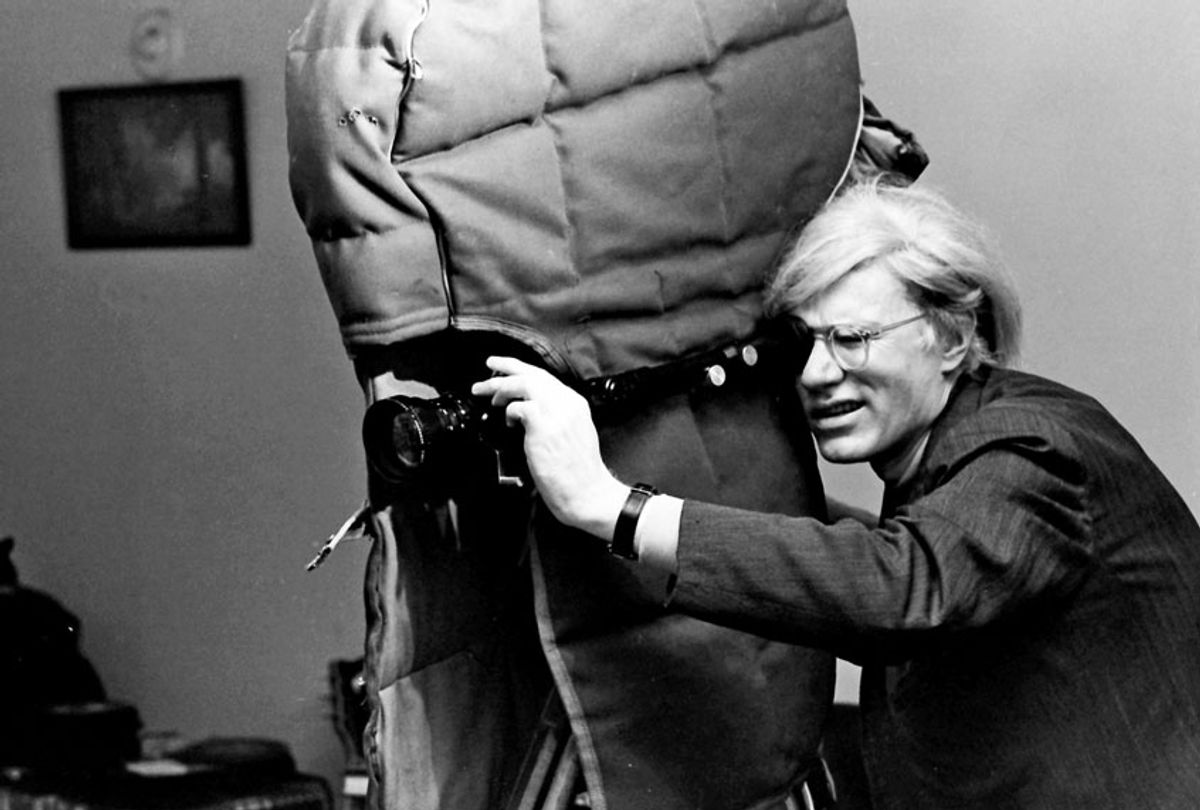 Even by Andy Warhol standards, "Women In Revolt" is a weird movie. Directed by Paul Morrissey in 1970 and ’71 and produced and partially shot by Warhol, this satire of the women’s movement starred a trio of trans “Superstars” from Warhol’s famous factory — Jackie Curtis, Candy Darling and Holly Woodlawn. Woodlawn and Curtis were charged with improvising the roles of “women’s libbers” trying to convince a wealthy socialite played by Darling to lend some much-needed money and glamour to the cause. A bizarre, pornographic mishmash of drug-fueled lunacy, "Women In Revolt" nonetheless possesses a unique charm. And its stars, while attempting to improvise what rabid women’s rights activists might say, actually manage to hit on some important issues that were in fact fueling the movement at the time, making it an unlikely cult classic.

I’ve long been fascinated with the film. So when a member of its supporting cast — Warhol Superstar and downtown N.Y.C. performance art legend Penny Arcade — came on my "Poptarts" podcast recently as a guest, I was eager to ask her what was really going on behind the scenes of this cultural anomaly.

“You were in 'Women In Revolt,' which is a hilarious and weird movie, with Candy Darling, Jackie Curtis, and Holly Woodlawn. That movie is so funny because it’s a spoof of feminism,” I began, and Arcade immediately jumped in.

“Well, the thing that’s interesting about it is that the movie was made in 1970, and in 1968, Andy had been shot by Valerie Solanas, who was a man-hating feminist. Meanwhile, Paul Morrissey is a super right-wing kind of person, always has been. He’s the kind of person who, when he saw me reading The New York Times, asked, ‘What does that commie rag have to say now?’”

“I didn’t know that about him!” I exclaimed, trying to imagine the eccentric Factory crowd as also being right-wing. “That’s so weird.”

“Yeah, it’s really pretty funny,” she replied. “What [Warhol and Morrissey] thought they were doing by casting Holly, Jackie, and Candy in the lead roles was to make fun of and demean feminism."

The opposite ended up happening, says Arcade.

"Jackie’s first monologue in that film, to me, is one of the greatest statements ever made about feminism [‘We’re tired of being exploited!’ she declares]," she said. "Jackie was my best friend at that time, and she was a super brilliant person. She was raised on the real Lower East Side—like, take a pail to the Bowery and get your father a pail of beer Lower East Side, right? Anyway, Jackie was a feminist. She was raised by her grandmother, Slugger Anne, who was one of the most famous saloonkeepers on the Lower East Side. Both of her mothers were taxi dancers — you know, ten-cents-a-dance ladies — who were just short of turning tricks. So Jackie was raised in a very female-centric household and Jackie loved women and Jackie understood feminism. And in that film, there is this real push toward feminism. There was no script and we were really bringing it! Even though Andy and Paul’s dream was to make fun of feminism. It was not just rebellious, but—”

“It was subversion inside of subversion!” I interrupted in my excitement.

“That’s so amazing,” I said. “I feel like it’s something that gave me that tingly feeling when I was watching it, but to hear you confirm it is beyond exciting.”

Hear more from this wide-ranging discussion with Penny Arcade in which she dishes the dirt on five decades on the fabulous fringes of fame on "Poptarts" or listen here.