Can these World Heritage sites survive the climate crisis? 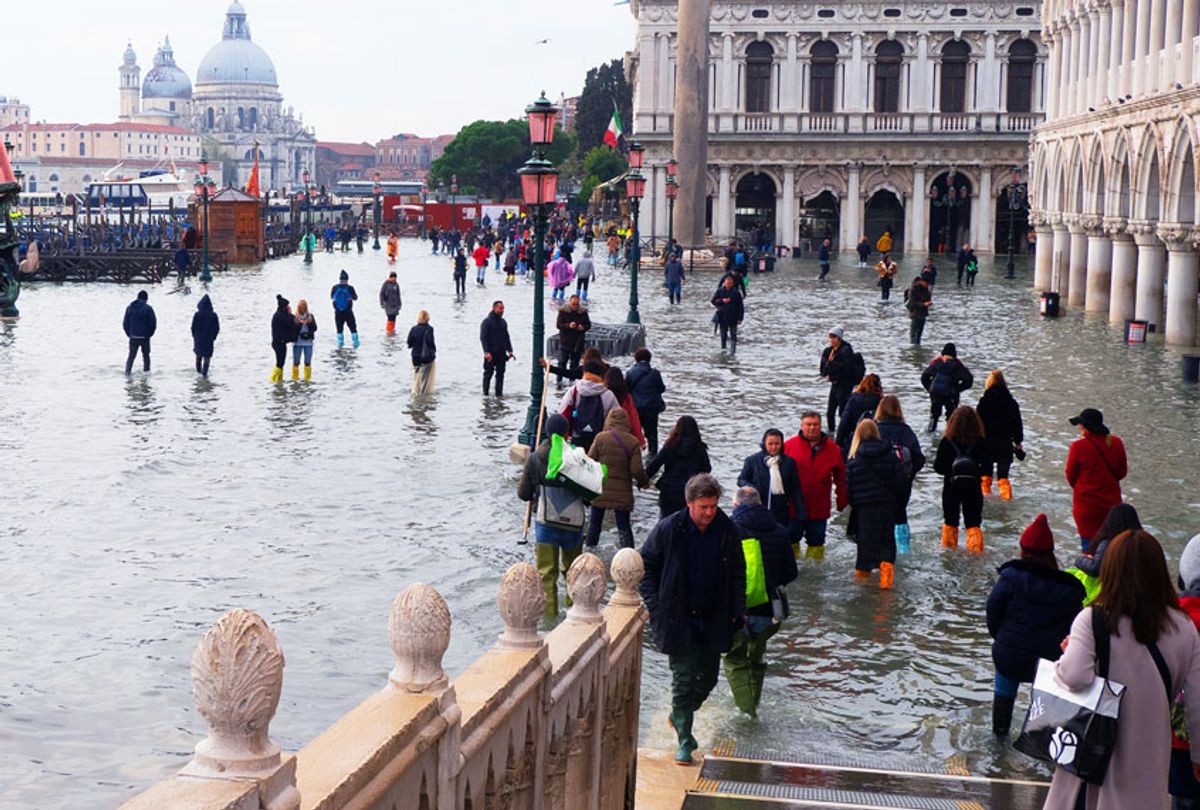 The “Floating City” of bridges, vaporetti, and gondolas is hardly a stranger to high tides. Venetians are accustomed to acqua alta, or “high water,” arriving in the fall. But as the city’s foundation sinks and sea levels rise, the floods are getting worse. The basilica has submerged six times over the last 1,200 years. Tellingly, four of those instances were in the last two decades.

The rising saltwater presents a threat to the city’s prized architecture, including wall paintings and frescoes from the Renaissance. Early estimates put the damage around $1 billion so far.

It’s a vivid testament to the risks climate change poses to many of the world’s cultural treasures. In a fitting irony, minutes after Venice’s regional council rejected measures to fund renewable energy and replace diesel buses with cleaner ones, the council’s chamber was swept by floodwaters. Since 2003, the city has been working on an infrastructure project known as Mose (as in Moses) for protection against high tides, but it’s still not up and running, having been bogged down in scandal, cost overruns, and other delays. Venice has plenty of company — some 86 percent of UNESCO World Heritage sites like Venice in coastal regions of the Mediterranean are at risk from flooding and erosion, according to a study last year in the journal Nature.

The fate of cultural heritage — including museums, historical landmarks, and archaeological sites — often gets ignored in conversations about how to adapt to an overheating planet, said Linda Shi, an assistant professor of city and regional planning at Cornell University. But it will likely play a bigger role in the coming years, she said, as people wake up to the threat. Last month brought the launch of the international Climate Heritage Network, a coalition of cities, tribes, businesses, universities, and other organizations that promise to recognize the harm climate change poses to iconic cultural places and harness “the power of cultural heritage for climate action.”

Many UNESCO World Heritage sites have survived wars, floods, and other disasters over the course of hundreds and even thousands of years. Can they survive the climate crisis? Here’s a sampling of the landmarks at risk:

So what will get preserved, and what will the world lose? There’s a financial incentive to save Venice. Some 20 million tourists bring in billions of euros every year.

“We might be willing to pay to preserve places like Venice,” Shi said in a statement, “but few other cultural heritage sites and systems will benefit from such attention and funding.”

Many places are too remote to draw crowds, affording them a measure of protection. No tourists means no trampling. But it also means governments might not find the money to protect them. And that’s to say nothing of other legacies that tourists can’t visit, like oral histories and indigenous languages. They, too, could be submerged as communities are displaced by rising seas, hurricanes, and other climate disasters.