Wheeler understands how transparency, an important scientific principle, can be misused to undermine regulation 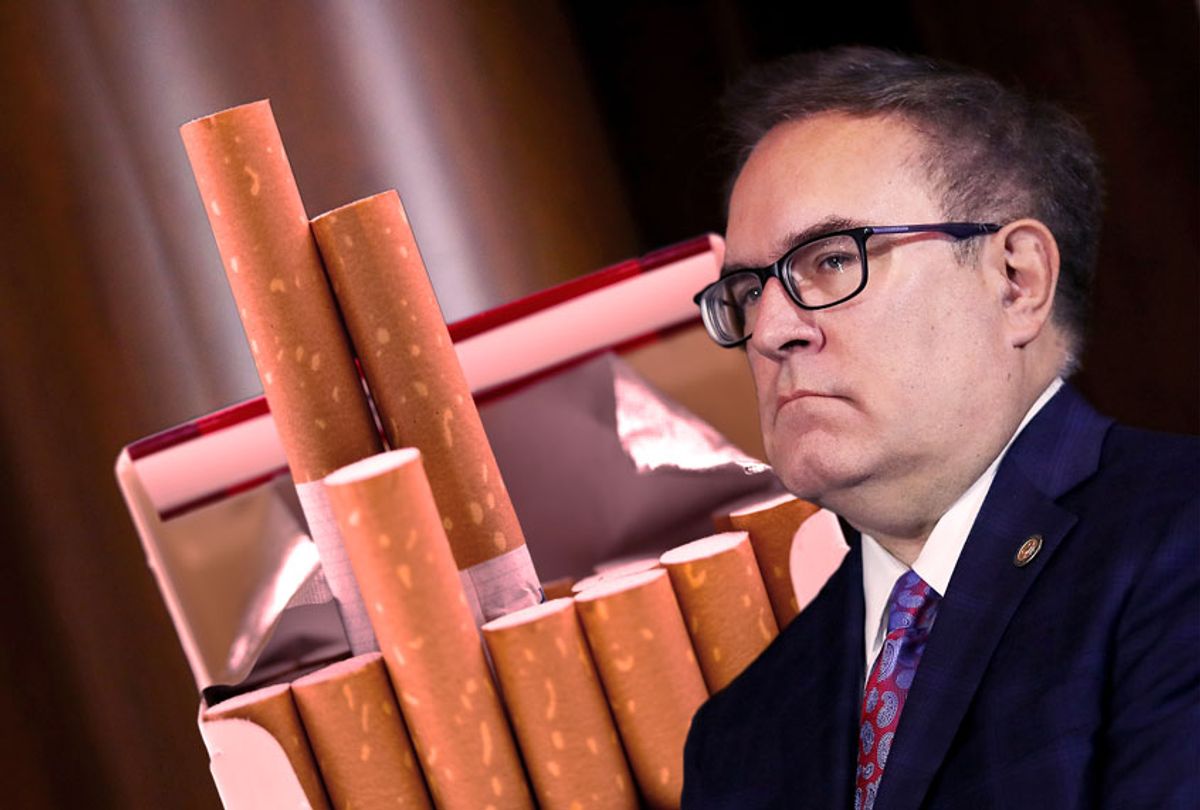 The tobacco industry may have been the first to recognize that requiring transparency in scientific research could serve as a weapon to defend a dangerous product, but it appears that Environmental Protection Agency (EPA) Administrator Andrew Wheeler will soon issue regulation that will make it national policy. Unless he is stopped, the EPA’s ability to protect the public’s health and environment will be badly damaged.

Decades ago, when studies started to show that smoking killed not only smokers but also the non-smoking spouses of smokers, Big Tobacco recognized the government would use this evidence to reduce smoking.

In response, the tobacco industry demanded access to the raw data of these studies. Getting to the truth wasn’t tobacco’s objective. The cigarette manufacturers hired mercenary scientists to massage the numbers and manufacture doubt about the results.

The strategy worked for tobacco for years, helping to delay regulation and increase the death toll from smoking-related illness. Since then, polluters and manufacturers of deadly products have followed Big Tobacco’s playbook, promoting policies that would prohibit EPA from using the findings of any study unless the raw data, computer codes, and virtually everything used by scientists to conduct the study are provided to the agency and posted on the agency’s website in a “manner sufficient for validation and analysis.”

To justify this, these opponents of public health protections invoke a caricature of how science really works. While in theory most studies could be reproduced, they rarely are because it is a waste of resources. The scientific enterprise involves approaching the same question in different ways to determine if the results support each other. Reanalyzing the same study over and over is little different from checking on a surprising newspaper article by buying additional copies of the same paper to see if it says the same thing. Some of the findings that industry most wants to bury have been repeated in countries throughout the world, including ones on the health effects of particulates produced by burning fossil fuels. It is unlikely that Canadian or European scientists would turn over their raw data to a US agency.

In the face of opposition from virtually the entire scientific community, Administrator Wheeler is about to issue a regulation embracing the tobacco industry’s strategy, prohibiting EPA from using scientific studies as evidence unless the agency receives a tremendous amount of raw material from the studies’ authors. EPA has acknowledged that restriction would drastically decrease the number of studies the agency would rely upon in future regulations.

Certainly, calls for transparency and reproducibility sound reasonable, but exposing poorly conducted studies is not what this effort is about. Instead, it is designed to impose onerous and burdensome requirements on independent researchers, and would result in much environmental health science, particularly epidemiologic studies, being excluded from the evidence base and becoming irrelevant to efforts by EPA to protect the public and the environment. Valuable research findings in areas like climate change, lead exposure and particulate pollution would be ignored. And because important studies on disasters like the Deepwater Horizon or Chernobyl are, fortunately, not reproducible — would they be discarded, too?

If this regulation is promulgated, human studies could only be used only if researchers surrender confidential data (including personally identifiable information, trade secrets and commercial and financial information) that, in many cases, the investigators had promised would never be released. This would clearly be unacceptable to many of our nation’s most prominent researchers.

Administrator Wheeler’s efforts must be seen as another component of his plan to exclude independent science and scientists from EPA’s deliberations, promoting the interests of polluters. Previously, the agency decreed EPA-funded scientists cannot serve on the committees which provide the Agency with scientific advice. Many of the country’s leading environmental health experts were dismissed, replaced by scientists employed by firms with a financial interest in less stringent public health and environmental regulation.

Limiting EPA’s use of scientific evidence in the name of increased transparency is simply another way to stop the government from fulfilling its mission to protect the public’s health and environment. The Trump Administration has launched on a similar initiative at the Department of Interior, and if successful, it will likely attempt to similarly impede the use of science by other federal agencies including the FDA, CDC and Department of Agriculture.

By turning scientific transparency into a virtual weapon, Administrator Wheeler is inflicting severe damage to the nation’s scientific enterprise. He is undermining the credibility and application of scientific evidence and impose costs and impediments that will discourage scientists from undertaking studies of great importance.

Bernard D. Goldstein, MD is Professor Emeritus and former Dean, University of Pittsburgh Graduate School of Public Health, and served as Assistant Administrator of EPA Office of Research and Development (1983-1985)

David Michaels, PhD, MPH is a Professor at George Washington University School of Public Health. He served as Assistant Secretary of Labor for OSHA (2009-2017) and is the author of The Triumph of Doubt: Dark Money and the Science of Deception (Oxford University Press 2020).

Bernard D. Goldstein, MD is Professor Emeritus and former Dean of the University of Pittsburgh Graduate School of Public Health, and served as Assistant Administrator of EPA Office of Research and Development (1983-1985).