Some coffee drinkers claim it causes anxiety. Here's what the science says 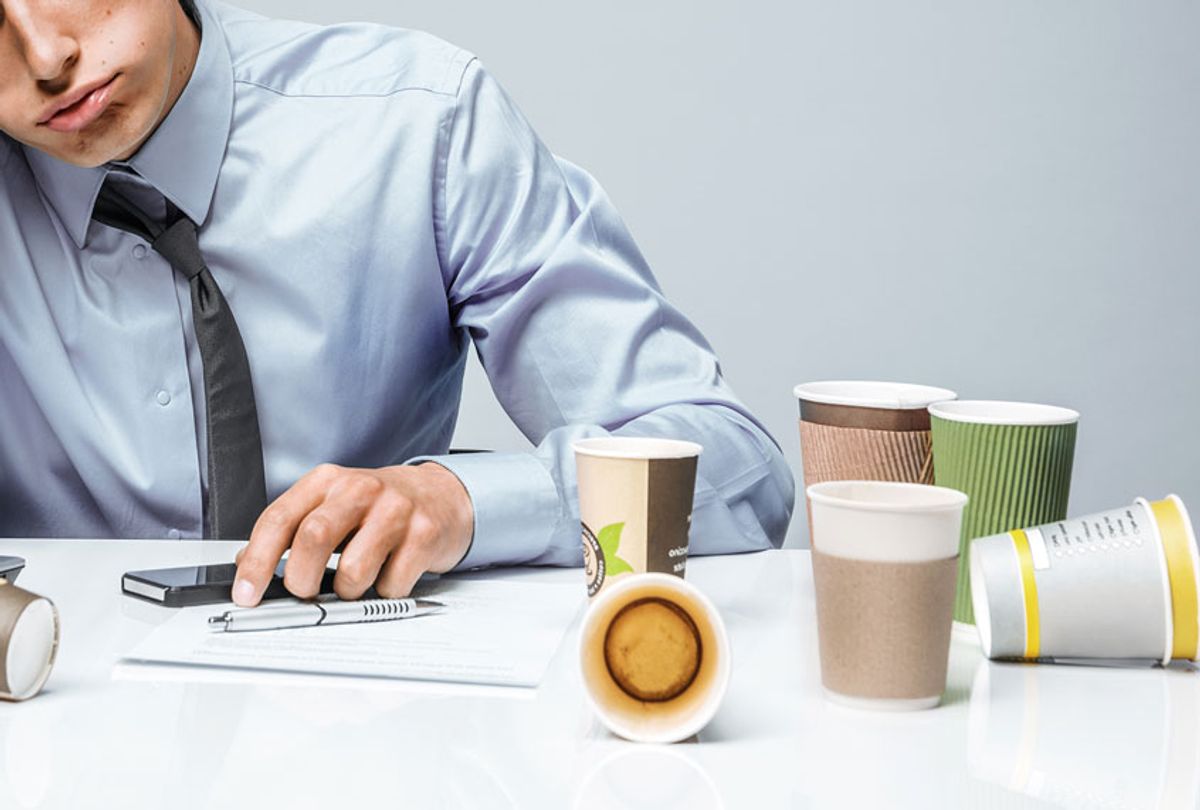 It seems as if every year a new study rears its head in the newspapers, declaring that coffee is good, or bad, for us. Americans eat up — or, drink up, rather — coverage on the topic because so many of us are addicted: 64 percent of American adults drink coffee regularly, according to a 2018 study.

Beyond questions of physical health, coffee clearly could affect our mental health, too. After all, it is a mood-altering stimulant. Could coffee be making us anxious? The question is particularly timely as millennials have normalized open discussions about mental health, particularly anxiety or depression.

Now, more of them have begun debating whether coffee could be a major source of anxiety.

“Within a month [of quitting coffee], my stomach pain subsided without having to take regular medication," Hernandez said. "When I began feeling better, I did opt for a regular cup of coffee, and it was then that I noticed how much it impacted my anxiety,” she added. “With my heart and mind racing, I realized that coffee contributed to a sense of overwhelm and dread.... I felt rushed to complete tasks as if I was on a deadline.”

“I choose to stop drinking coffee because it gave me jitters — it actually caused me to have more anxiety,” Ziskind said. “Now, because I don’t drink coffee, my anxiety level has decreased drastically. I feel much calmer and have much more long-term energy.”

Given that we live in what has been deemed the Age of Anxiety, perhaps it makes sense that the anxiety-ridden don’t indulge in coffee — which, of course, is known to cause jitters and make your heart race. But the anecdotal stories aside, does drinking a cup of coffee actually cause anxiety?

Here's what the biochemistry says. When one consumes caffeine, it binds to adenosine receptors in the brain, which allows dopamine to move more smoothly. (This is partly why some studies have found that drinking coffee may reduce the risk of depression.)

However, a study by the Institute of Neuroscience of the Universitat Autònoma de Barcelona and the Karolinska Institutet (KI) in Sweden found evidence that long-term caffeine consumption can worsen neuropsychiatric symptoms, such as those found in anxiety. Caffeine also promotes  the release of cortisol, the stress hormone, which can lead to a stress response in the body. For some people, a stress response is synonymous with anxiety and panic. This can contribute to mood swings and ruminations.

The Diagnostic and Statistical Manual of Mental Disorders (DSM–5) — which is the guide published by the American Psychiatric Association and used by healthcare professionals for the diagnosis of mental disorders — lists four caffeine-related disorders, including an anxiety-induced anxiety disorder. A 2005 study found that excessive caffeine consumption can lead to symptoms that resemble to psychiatric conditions like anxiety and psychosis.

In 2018, researchers from Italy and the US reviewed dozens of studies to try to come to a definitive conclusion about caffeine, coffee and health. They concluded that “coffee can be part of a healthful diet.”

Still, because some individuals react differently than others, it can be hard to generalize caffeine's effects.

“It varies from individual to individual, but consuming more than your normal amount of caffeine could make you feel nervous, anxious, irritable or jittery, and may cause excessive urine production or irregular heartbeat,” caffeine researcher Maggie Sweeney told the Washington Post . “And for those who have anxiety or insomnia, it could worsen their symptoms.”