This Thanksgiving, Medicare for All will be a hot topic at dining room tables across America 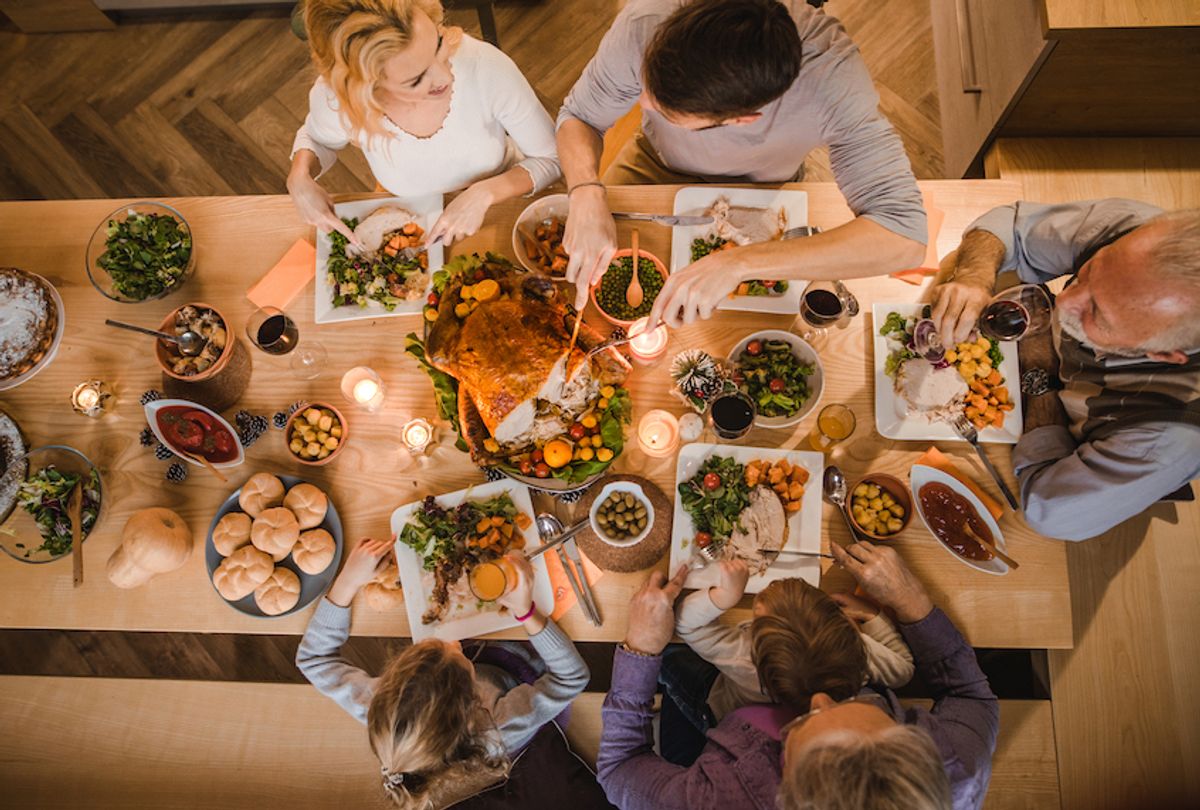 This Thanksgiving, Medicare for All will be a hot topic at dining room tables across America. It’s the perfect opportunity to educate our loved ones on why Medicare for All is the best, and indeed the only effective, solution to our health care crisis.

Medicare for All takes the unnecessary profit out of health care and puts people’s health and livelihoods first. The coverage will move with all of us as we change jobs, move from state to state, start a new business, get married or divorced, or go back to school for more education and training.

For all of these reasons and more, Medicare for All will contribute to racial justice. People of color disproportionately make up the uninsured and underinsured in America — leading to tens of thousands of unnecessary deaths. Medicare for All is about freedom and justice — and coming together for the common good of our fellow citizens.

This Thanksgiving, I am serving up these responses to frequently asked questions about Medicare for All and the health justice movement.

When your grandmother asks, “But won’t giving Medicare to everybody mean less Medicare for seniors like me?”

Big marketing firms paid by the insurance industry and Big Pharma are lying to seniors about Medicare for All. The truth is that Medicare for All is enormously helpful for seniors. It would expand Medicare benefits to include long-term care, including at-home services and supports. This will be life-changing not just for seniors but also for their children and grandchildren who are taking care of them. Given that half of millennial caregivers are people of color, Medicare for All will contribute to racial justice across generations.

Medicare for All also adds vision, hearing, and dental coverage. The program will end co-pays and premiums, which take bigger and bigger bites out of our senior citizens’ limited finances.

Another important improvement to Medicare is the power to negotiate for better prescription drug prices from big pharmaceutical corporations. Seniors will no longer be stuck with the false choice of picking between paying for their prescriptions or their groceries, utilities, and rent.

Since it was signed into law by President Lyndon B. Johnson in 1965, Medicare’s success in caring for patients has been strengthened by timely improvements to the program. In 1972, President Nixon signed amendments to Medicare to cover patients with kidney disease and include physical therapy and speech therapy. During the 1980s, a series of upgrades were done for Medicare to cover hospice services for terminally ill patients and to set quality standards at nursing homes. Every generation improves upon Medicare, and while Medicare for All would be the biggest upgrade in American history, it would not be the first.

When your uncle asks, “How are you going to pay for Medicare for All?”

Medicare for All doesn’t cost money — it saves money by no longer allowing greedy corporations to suck patients dry for profit. By switching to Medicare for All, we save $500 billion every year just from administrative costs: for patients, this means your doctors spend more time with you, not doing paperwork and/or being put on hold by some insurance company. With Medicare for All, we will stop paying the highest prices in the world for prescription drugs because we will finally negotiate with big pharmaceutical corporations. Fighting Big Pharma for cheaper drug prices will result in $113 billion saved yearly.

Not to mention, when everyone has guaranteed health care, people will be healthier, saving the system money. People won’t wait until the situation is dire to see a doctor — they can go to the doctor when they need to without financial barriers to hold them back. As HealthPayerIntelligence reports, “According to the CDC, chronic diseases that are avoidable through preventive care services account for 75 percent of the nation’s health care spending and lower U.S. economic output in the U.S. by $260 billion per year.”

When your self-proclaimed “socially-liberal-but-fiscally-conservative” cousin asks, “But don’t people like their private health insurance?”

The status quo of American health care is fiscally unsustainable.

In 2018, the average worker contributed 260 percent more to her private health insurance than she did in 1999. Meanwhile, average earnings only increased by 68 percent over those two decades.

As a physician, I can tell you we are not doing anything in health care 260 percent better than we did in 1999. As a patient, are you 260 percent healthier after so much of your hard-earned income has been diverted to the private health insurance industry?

Let’s be honest: We don’t “like” our insurance. We tolerate it out of fear of financial ruin from medical bills.

To add insult to injury, under the current “system” of health care in America, there is still a reasonable chance you will go bankrupt and turn to crowd-sourcing to pay for health care after using up your private health insurance plan. The business model of private insurance depends on taking your premiums and then denying you care, so it’s no surprise that they are covering less and less.

Rather than continue this unsustainable approach to paying for health care with debt and desperation, we should build a Medicare for All system rooted in sustainable fiscal fairness.

When your sister asks, “Won’t doctors get paid less in Medicare for All?”

As a physician, I can tell you our pay is a complicated mess right now. Medicare for All would bring much-needed simplicity so we can focus on patients, not paperwork from insurance companies.

Currently, when physicians take care of uninsured patients, we have no idea if, how, or when we will be compensated for any of our work. For privately insured patients, the average physician in America spends about three weeks per year contending with insurance companies and their ever-changing obstacle courses from corporate bureaucracies. To put that time in terms of dollars, the average physician practice is spending about $83,000 on claims and billing, not patient care.

With Medicare for All, we stop wasting time and money. Primary care physicians, in particular, are likely to see a potential pay raise while specialists might not see a significant change in their income.

Regardless of their field, physicians in a Medicare for All system would be able to spend more time with patients, enhance their education and skills, and probably reduce their risk for burnout.

When your so-called pragmatic brother-in-law asks, “Is Medicare for All realistic? How do you get all the votes you need in Congress?”

Challenge accepted. For legislation to pass Congress, we need 60 votes in the Senate and 218 in the House of Representatives. However, contrary to all of the political reporting out there, it is with we the people, not Congress, where meaningful change begins in America.

For all the causes and values we care about, whether it’s living wages for every worker, ending discrimination for our LGBTQ brethren, stopping police brutality and mass incarceration, expanding Social Security, compassionate immigration reform, confronting climate change, and so on, we have to start with ourselves.

What values do we want to live by? How do we stop accepting the unacceptable? Children should not have to hold bake sales to pay for their grandparents’ medical bills. Black mothers shouldn’t be four times more likely to die due to childbirth complications than white women. Medicare for All represents the best of our values, and we the people must push Congress to pass policies making health care a basic human right for all of us.

There is no denying that despite growing popularity with the American people, Medicare for All faces political challenges and civic hurdles. But these are not insurmountable obstacles. We the people must keep growing the health justice movement and drive the cultural changes away from health care being a privilege for the “deserving.”

Realizing Medicare for All means reaffirming our values of justice, equity, and compassion. This movement grows in our communities and neighborhoods at backyard barbecues, nail salons, bus stops, barber shops, and kitchen tables where we have honest conversations about what it means to make health care a basic human right for all of us. This Thanksgiving, I’m grateful for everyone building Medicare for All.

Dr. Sanjeev K. Sriram is the host of “Dr. America,” an innovative podcast about public policy and health justice on We Act Radio. He also writes about connections between health policy, inequity, and social determinants of health. Dr. Sriram completed his medical degree and his pediatrics residency at UCLA, where he served as Chief Resident at the Department of Pediatrics. In June 2009, he earned his Master’s in Public Health after completing the Commonwealth Fund Mongan Fellowship in Minority Health Policy at the Harvard School of Public Health. He currently practices general pediatrics in southeast Washington, D.C.