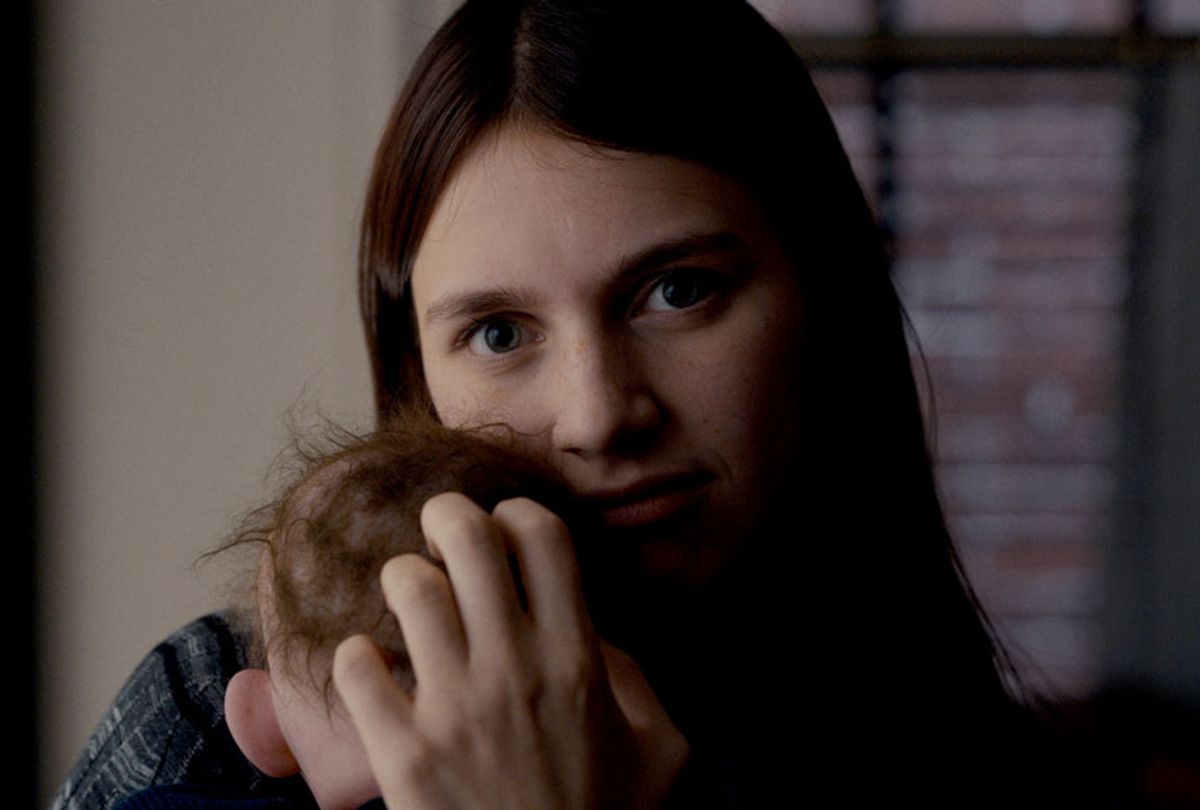 The streaming content revolution has changed many aspects of the TV viewing experience and what we expect from series. A few standards remain in place nevertheless, with the foremost among them being the simplest: we have to want to spend time with a show's characters.

Who the actors happens to be matter less than the nature of the roles they play. (Another classic truth of medium is that stars don't necessarily make a TV show, but a TV show makes its stars.) Look no further than "Servant," the new M. Night Shyamalan-executive produced series on Apple TV+, which bears this out within its opening moments.

Not long after wealthy and tragic-on-many-levels Philadelphia couple Dorothy (Lauren Ambrose, "Six Feet Under") and Sean Turner (Toby Kebbell) welcome their new au pair Leanne (Nell Tiger Free, of "Game of Thrones" fame) into their home, the pair introduce themselves as two people ostentatiously uncomfortable in their own skin, in their home, in the air.

Dorothy tries to mask some unexplained mania with her too bright smile and clipped, quaking enthusiasm. Sean contrasts his TV reporter wife's glaring brightness with a fatigued nonchalance, as if he's better than all of this – the shaky wife, the trappings of domesticity, even this banal conversation with a domestic.

And Sean's glum reticence is somewhat understandable, because Leanne is. . . off-putting. A little too quiet, too overtly innocent, too pious, and provincial. She looks like she just stepped out of a Shirley Jackson horror novel. Soon she begins leaving bizarre crosses made of sisal bound sticks around their house. The average person with a mote of common sense would be wary of leaving her with their dog, let alone their infant. Sean is wigged out,  but can only bring himself to privately gripe to Julian (Rupert Grint, nailing the mild mid-Atlantic American accent), Dorothy's entitled brother.

But as we soon see, Sean and Dorothy's son Jericho is no common little boy. (Insert unnerving and dissonant violin riff here.)

By its very premise, "Servant" relies on the caring about Sean, Dorothy, and Leanne to a ponderous degree. Considering their situation, that should not be difficult. Tony Basgallop, who created the series and wrote every episode, drops us into what is obviously a craggy valley in their shared life.

Dorothy's forced exuberance and eloquently expressed temper, and Sean's impatient fatigue wear all the signs of a couple that don't want to be here.

And "here" does not refer to their drool-worthy brownstone, which is as much of a star as the people living in it, given that according to the series' description, something is not quite right in this home.

From initial appearances, the walls and professional-grade kitchen don't give the viewer any reason to flee from "Servant."  It's these people and their marriage that are the turn-off.

And right around the moment Sean, a chef, describes himself as "a professional bon vivant" without a hint of irony — he drops that noise under the eight minute mark of the premiere — is when the dialogue tips over from a bit much to slightly shy of unbearable.

Many terms can appropriately describe "Servant," but necessary isn't one of them. To be fully transparent, nothing to which Shyamalan has lent his name has moved me since "Unbreakable." Most of his work after that left me disappointed or angry.

But I also recognize that there are people who still believe Shyamalan has a few creative sparks left in him and are happy keep on chasing that dragon despite his poor track record. Anyway, Apple TV+ wants to draw out this mystery as long as possible; it picked up a second season before the series itself debuted.

Such luscious visuals may be persuasive enough keep optimistic viewers on the hook, perhaps assuring us that some worthwhile twist is lurking a few episodes down the road. But if you're familiar with Shyamalan's track record you probably know better than to hold your breath for a fresh shock or game-changing thrill. Even though he didn't write any of "Servant," the truth of this statement stands.

What touches he adds early on, starting with pushing in with tight shots on Ambrose's artificial vivaciousness and Kebbell's brooding, are more repellent than inviting. Provided you can get past that, however, Grint is pretty wonderful and lightens the mood every time he drops by to eat their food and chug Sean's wine.

Ah yes: I failed to mention that the Turners have their own wine cellar and a collection of reds that get quite the workout in each episode. It is always wine o'clock in this home, which is understandable given the circumstances. (In fact, this entire 10-episode season is basically one very long bottle episode, har har. )

But despite the fabulous looks at wine and a late season, ominous, and very muddy and wet appearance by Boris McGiver in Episode 6, I cannot think of a good reason to invite "Servant" into your orbit for more than a few minutes, to say nothing of checking in over multiple weeks.

That said, I understand why Apple TV+ is opening "Servant" with three episodes before rolling them out one by one each week after that. Had Apple TV+ dropped all of the episodes at once, you might actually figure this out by, say, Episode 4 and skip right to "ye olde underwhelming Shyamalan twist" in the finale. Placing time and distance between each episode may mask the sad discovery that very little happens in the first season of "Servant" – certainly not enough to justify more than a two-hour jaunt into upper middle-class ennui.

"Servant" debuts with three episodes on Thursday, Nov. 28 on Apple TV+ and rolls out weekly thereafter.