Stopping the erasure of Native Americans: Why I want to tell new Indigenous stories

There are contemporary stories to learn — as alternatives to over-told narratives like Thanksgiving, even 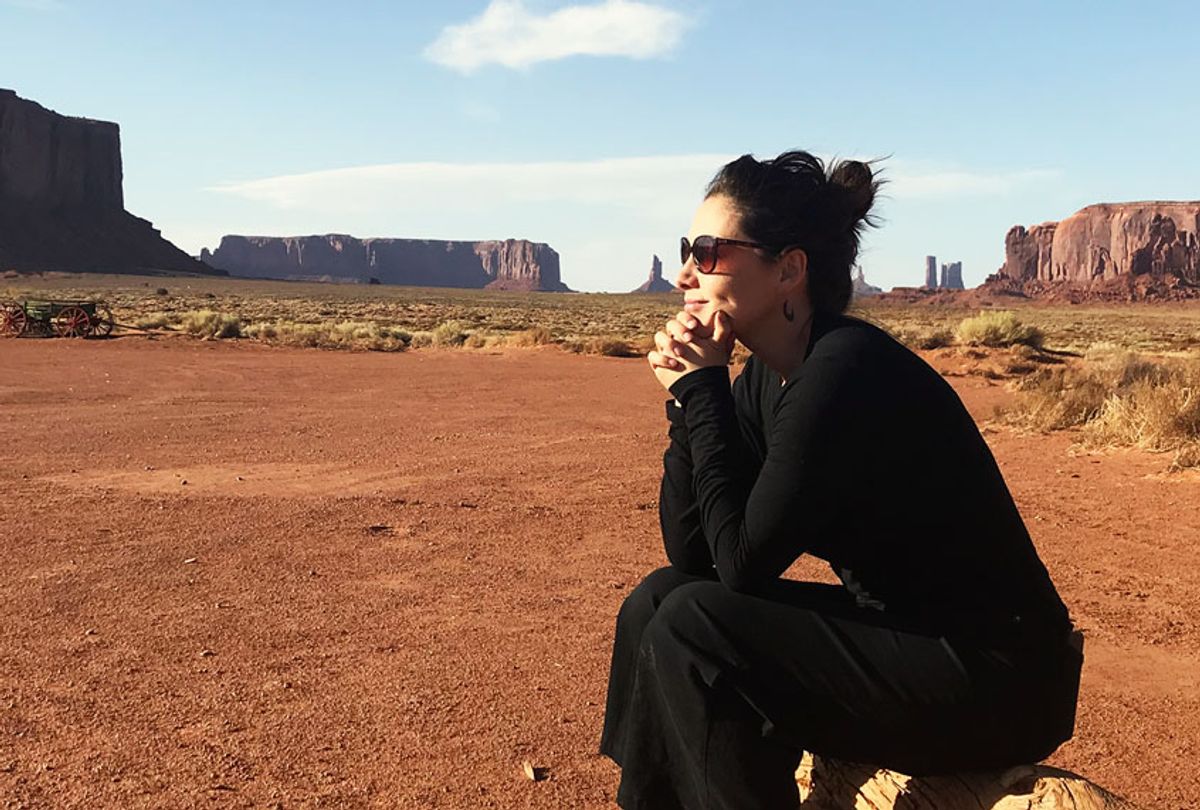 When I was sixteen years old, I took what was essentially my first trip to Indian Country. I rode the train north across Ontario and on to Winnipeg. Crowds shuffled in and out at stops in small towns along the way. With each stop, more and more blue- and green-eyed passengers departed until almost all eyes remaining were dark brown. Skin became darker too. I looked around at the other Native passengers for signs of recognition. I remember thinking that they saw in my eyes what few people ever did—that I was one of them.

Throughout much of North America, Indigenous peoples are so rarely considered, our existence so rarely remembered that, outside of Native circles, someone who looks like me is more likely assumed to be Latinx, or part Asian, or of some other not-immediately-identifiable heritage. This is true in Toronto where I grew up and in New York City where I currently live. But it is different in the prairies, and other places throughout the continent, where the mainstream population is aware that they live among Native people and they know what we look like in our present-day incarnations because we comprise a larger proportion of the population there.

I realized this for the first time that day, as my parents, two younger sisters and I headed west, on our way to a Sinclair family reunion. My paternal grandpa Elmer and his nine surviving brothers and sisters were gathering on the grassy banks of Manitoba’s Red River for a party. The day of the reunion was clear and sunny, and on a quiet walk with my grandpa we visited the graves of his parents and ancestors, ending at the monumental grave of Chief Peguis. Peguis was a Saulteaux chief who arrived in what is now Southern Manitoba in the 1790s. When settlers first arrived at Red River in 1812, Peguis protected them and showed them how to subsist there, providing assistance on numerous occasions when they lacked either food or shelter. Peguis became famous for this care he provided, though he later became disillusioned by their trespasses on his reserve and other violations of the 1817 treaty he signed with Lord Selkirk.

The erasure of Native peoples has been continued and authorized by President Trump, who earlier this month declared November to be “National American History and Founders Month.”  In fact, November is Native American Heritage Month and has been celebrated as such since 1990. This is one of the few designated moments to raise awareness of Indigenous history and culture on a national level in the United States, not center the Founding Fathers’ narrative further. And heritage offers an interesting lens through which Native life can be considered — if we view it in a way that connects past to present and future, so that all North Americans might have the opportunity to reflect on the continuous impact our shared history has on contemporary Native lives.

My own desire to facilitate these reflections and expand the space for Indigenous narratives led me to pursue an oral history project with the nonprofit Voice of Witness, which works to advance human rights by amplifying the voices of people impacted by injustice, and by bringing these stories and issues into schools through its education program. Over the last three years in cities and on reserves and reservations across the continent, I have listened to Native people’s stories of loss, injustice and resilience. They are stories that echo Chief Peguis’ story. In myriad ways, each narrator’s life had been shaped by that same struggle: how to share space with a settler nation whose essential aim is to take all that is ours.

My impression during each trip to meet with narrators, which intensified with each one, was a kind of awe at the vastness of this continent and the scope of the landscapes. From British Columbia’s tall, dense forests and wide waterways to the flat forever of the Dakotas with its fields of wheat and sunflowers, and the long drive through the high-desert Navajo Nation — all of this land traversed made so plain the immensity of what has been taken from the continent’s first people and the urgency of the ongoing struggles to keep what remains. The land itself, and each Nation’s way of living with it, sustaining human life upon it, and future incarnations of these ways of being were all interrupted by colonialism. The arrival of settlers in North America disrupted Indigenous peoples’ many rich and mature cultures and societies.

One of the project’s narrators, Ashley Hemmers (Fort Mojave), told me that before she was exposed to the resources that would help her to understand her own tribe’s history and the history of colonialism in the United States, she was drawn to books about the Holocaust available at her school library. The intergenerational trauma in those stories was something she recognized in her own community. Reading about other people’s experience of it helped her begin to understand the way it was playing out at home. That part of Ashley’s story remained a central inspiration throughout my project: I conduct interviews so that I can share these stories, so that other readers might have that “aha” moment, in which they can more deeply understand the conditions of their own lives and view this moment in a larger historical framework.

I hope that these stories will be moved into American schools and public discourse to offer alternatives to over-told tales, such as the colonialist-absolving and historically inaccurate Thanksgiving narrative. There are so many more stories that need to be heard. Like that of Jasilyn Charger, one of the first five people to set up camp at Standing Rock, which kickstarted a movement of Water Protectors that roused the world. Or Gladys Radek, a survivor of sexual violence whose niece disappeared along Canada’s Highway of Tears, who became a family advocate for the National Inquiry into Missing and Murdered Indigenous Women and Girls. Or Marian Naranjo, herself the subject of a secret radiation test while in high school, who went on to drive Santa Clara Pueblo toward compiling an environmental impact statement on the consequences of living next to Los Alamos National Laboratory. These are a few of the contemporary manifestations of the long and ongoing fight to protect Native land and life.

This Native American Heritage Month, seek out a new Indigenous story to learn from. Our heritage may be long on these lands, but our present is equally vital.

Sara Sinclair is the author of the Voice of Witness oral history book "How We Go Home: Voices from Indigenous North America," forthcoming in 2020.