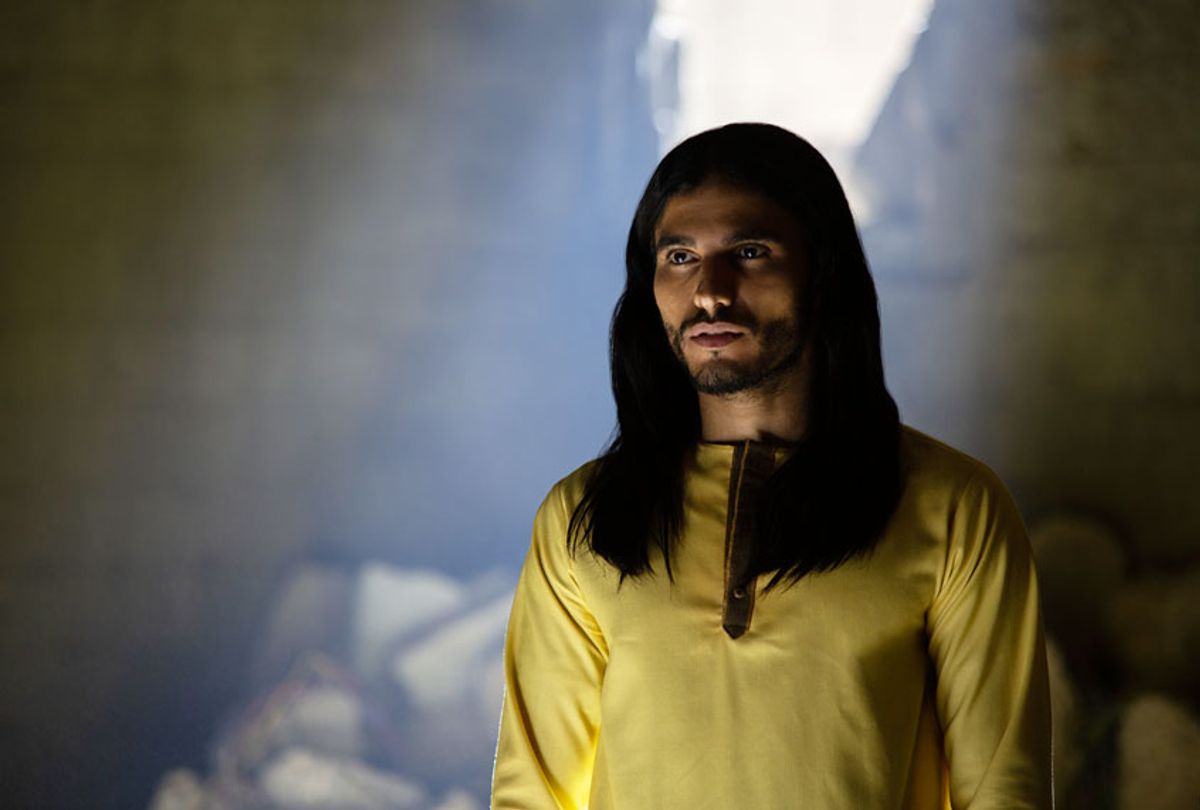 On New Year’s Day, share your hangover with Netflix’s “Messiah.” (Who knows? Maybe he can convert the wine in your blood to water.)

“Messiah” is the streaming service’s geopolitical thriller that stars Michelle Monaghan as CIA officer Eva Geller, who is investigating a man (Mehdi Dehbi) hailed as a Messiah by thousands. Nothing is known about his origins, but he’s arrived out of the blue to preach God’s word and perform miracles . . . at least in some people’s eyes.

This inscrutable man speaks many languages – Arabic, Hebrew, and English, among others – and appears to predict or cause unbelievable events. He touches multiple people, including an Israeli intelligence officer (Tomer Sisley), a Texas preacher (John Ortiz) and his daughter (Stefania LaVie Owen), a Palestinian refugee (Sayyid El Alami) and the journalist (Jane Adams) who covers the story. And with each action, he becomes more and more adored by the global media.

It’s up to Geller to unravel this man’s mystery to figure out if it’s a con artist capable of global harm or really is a divine entity. “Messiah” examines how one’s family, friends, culture, and social media can build belief. The series also stars Melinda Page Hamilton, Wil Traval, Fares Landoulsi, Dermot Mulroney and Beau Bridges.

Watch the trailer and check out first-look photos from “Messiah” below: