These apple dumplings completely changed my view on food

I discovered the most important culinary lesson not at school, but in a pastry kitchen. 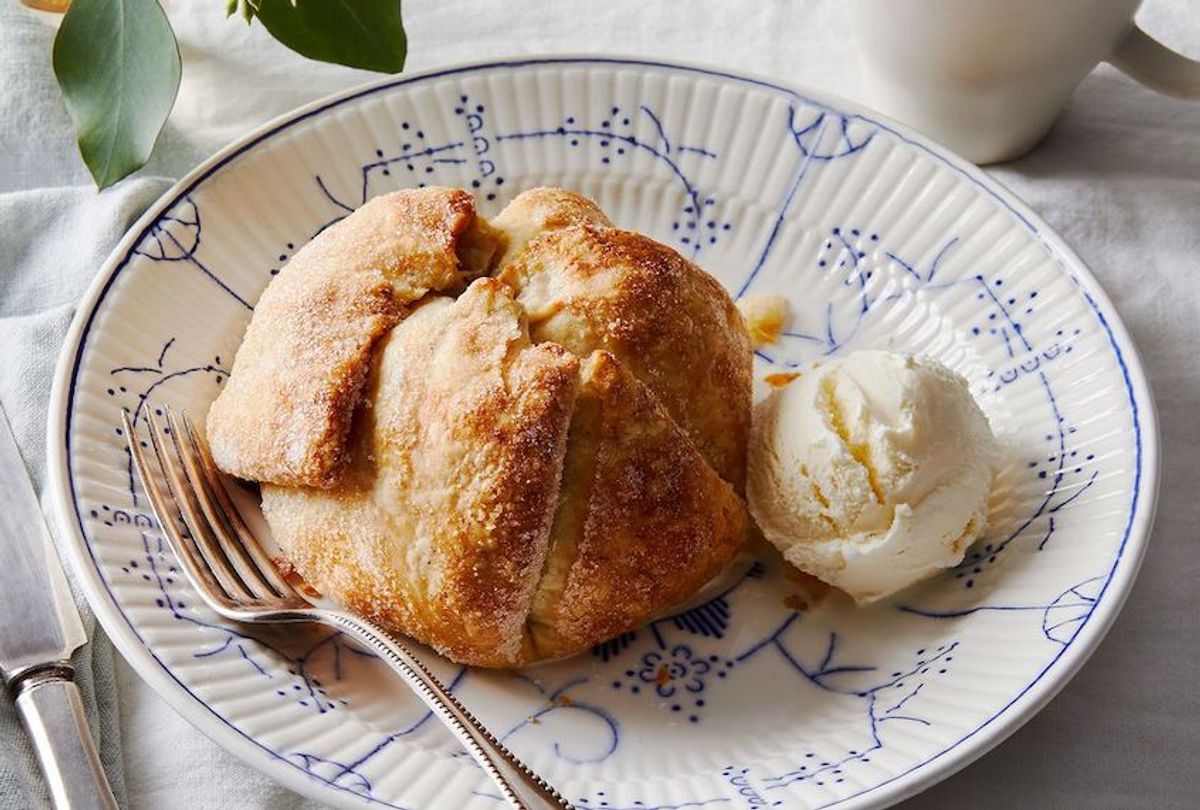 A classic apple tart is a feat, both to learn and to create.

I will never forget orientation day at pastry school in France, eagerly opening my new knife kit for the first time. Later that evening, my friend (already a seasoned chef) picked out the shiny paring knife from my kit and twirled it around, making imaginary peeling and slicing motions. She told me to love and cherish my paring knife, as it would be my guardian angel for almost every practical class.

Those words would prove to be true, especially so in my first dessert class, where a bunch of anxious pastry students (myself included) were tasked with preparing an apple tart. It looked simple enough, but I soon realized that it was as far from simple as could be — with its thinly sliced apples, aromatic filling, and delicate, crisp pastry shell. Nonetheless, my paring knife and I mastered this French classic, as well as dozens of others.

After graduating, I came back home to Jacksonville, Florida and quickly found work at a modern American restaurant called Moxie. Despite the restaurant’s tiny pastry kitchen (that was oddly and occasionally converted into a butchery), I was excited to work under Sylvia Gould, the executive pastry chef. She had curated a beautiful seasonal menu of desserts, each of which effortlessly intermingled Southern flavors with her Vietnamese heritage.

The first job Chef Sylvia gave me was to make apple tarts. I couldn’t have been more excited—until I realized these tarts were actually in the form of a dumpling. These whole apples were wrapped in dough and freeform by nature; they welcomed an extra sprinkle of sugar on top, or an additional handful of pecans in the filling.

Growing up in India, I was always taught to eyeball spices and seasonings in the curries my mom made, but my education had converted me into a stickler for French tradition and thorough measurements that always relied on a scale (even for salt). Chefs trained in French cuisine are proud baton carriers of instructions written down as early as 1651, in "Le Cuisinier François" by François Pierre La Varenne. This is apparent, even centuries later. For instance, some French-trained chefs may insist on using pistachios only from Turkey, butter with exactly 83 percent fat, fresh yeast alone for making bread, and made-from-scratch chocolate hazelnut spread that is so intense it practically instills a sense of loathing for the store-bought version.

It took me a minute to get comfortable with this way of cooking again.

Still, I was getting a chance to work and to learn. So I made endless riffs on well-known classics, like these apple tart dumplings, pink peppercorn pavlovas, spiced crème brûlées, Vietnamese coffee-flavored gelatos, and pandan macarons. Slowly, I was unlearning my fierce attachment to the French tradition, and beginning to go with the flow more.

In spite of all my initial hesitations, the response from diners was consistently and overwhelmingly positive. Our desserts were sold out on most days and the servers would regularly come back to the kitchen to pass along a diner’s compliment to Chef Sylvia.

Then one day, Chef Sylvia gave me the chance to create a plated dessert as a chef’s special and added it to the menu for a week. Surprised and touched by the opportunity, I decided to go all out. I created a seasonal citrus mousse (made with local Florida oranges and grapefruit) with pistachio croquant (a crisp, delicate cookie) and Tahitian vanilla gelato. It was all of my French pastry pride in a few sweet bites.

But after a week, the apple tart dumplings continued to vastly outsell my special dessert. A sense of slight frustration mixed with overzealousness creeped inside of me. After all, I had a diploma from a French pastry school, not to mention I’d created a beautifully thought-out dessert, perfectly executed. What else could a diner possibly want?

The realization soon hit home. Guests looked forward to a departure from the French classic I knew so well: slicing through that caramelized doughy parcel stuffed with soft apple and flavored with a glistening bourbon sauce. The scoop of maple-vanilla gelato on the side was just the cherry on top.

It finally dawned on me that there isn’t one “right” way to interpret a recipe, or set of ingredients. Where one chef can look at apples, butter, and flour and see a French apple tart, another might see baked apple dumplings. Even though each person's translation may be slightly different, I think they all deserve a spot on the table. And that was the most important lesson I discovered, through something as seemingly simple as fruit and dough.

2. Take the dough out on a floured surface and gather it together in a ball. Cover the dough with plastic film and refrigerate for at least 30 minutes.

3. Divide the dough into 6 equal portions and roll out each portion in a 3/4-inch round circle. Cover these circles in plastic wrap and refrigerate until you are ready to make the apple dumpling.

For the baked apple dumplings
1. Preheat the oven to 375°F.

2. Prepare a bowl with ice and cold water. Dip the peeled apples in the ice-water bath to prevent oxidation.

3. In a separate bowl, mix the butter, allspice, pecans, bourbon, and maple syrup until combined and freeze for 30 minutes.

4. Spoon a tablespoon of this mixture into the core of each apple.

5. Wrap each stuffed apple in the prepared dough. Roll the dough-wrapped apples in sugar and place them on a baking tray.

6. Bake the apple dumplings for 25 to 30 minutes, or until they are golden brown.

7. Serve warm with a scoop of maple or vanilla ice cream.