Friendly reminder: The Golden Globes know nothing about good TV 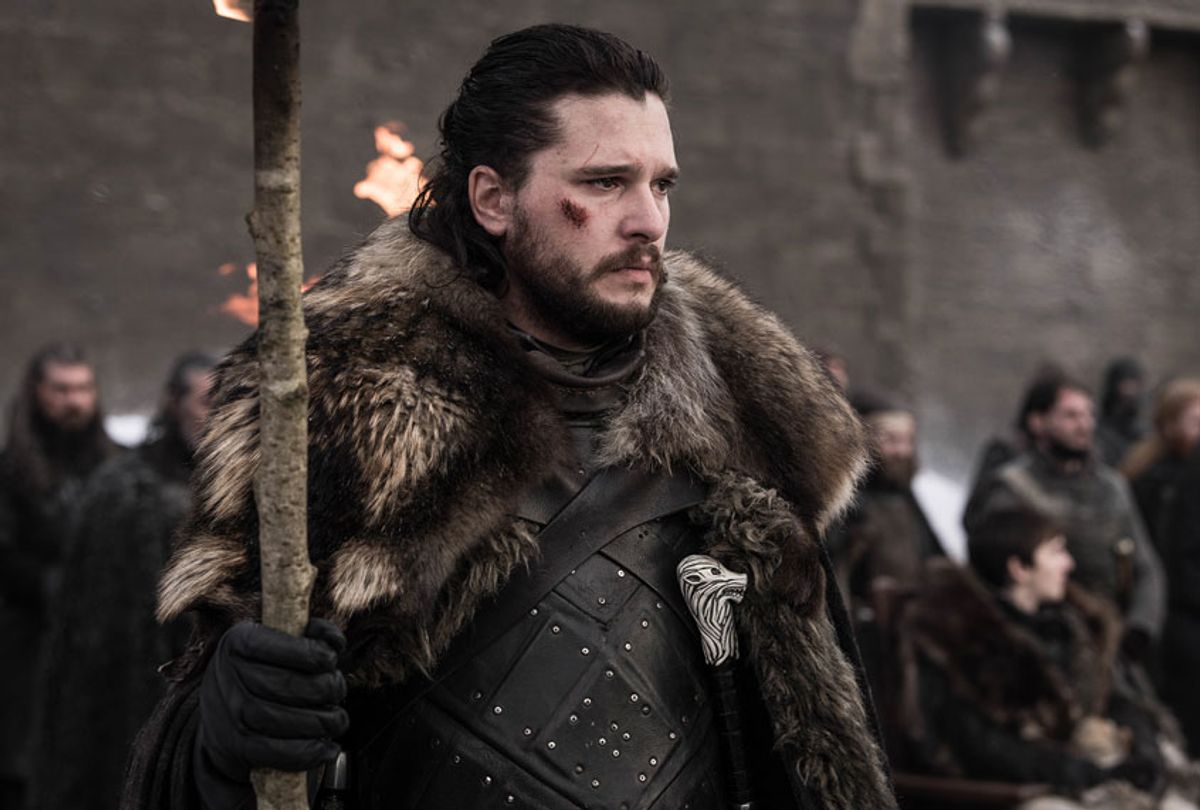 Consider this your annual reminder that when it comes to TV, the Golden Globes do not carry the same weight as they do for movies.  Don’t get me wrong – networks and streaming services that scored multiple nominations on Monday morning and those who take home wins later on have earned the right  to flaunt that acknowledgment and the hardware. Netflix’s movie arm has a lot to be happy about, as does – what else is new? – HBO.

That said, it’s been a very long time since the Globes served as an ameliorating force for Emmy’s snubs or a reliable indicator of bold, boundary-breaking work on TV. The same channels that have much to crow about have good reasons to gripe today, too.

HBO’s “Game of Thrones” had the highest number of Emmy nods of any series on TV – not to mention the fact that it’s precisely the type of gigantic series awards bodies fall all over themselves to shower with awards as part of its sayonara tour. The Globes tossed one nomination its way for . . . Kit Harington?

One is better than nothing: Netflix’s “When They See Us” went into the Emmys with 16 nominations. The Hollywood Foreign Press Association bestowed nary a nod upon Ava DuVernay’s miniseries. And this follows a general pattern among the Globes nominees.

No nominations for anyone in the majority black cast of “When They See Us.” Absolutely nothing for “Watchmen,” perhaps one of fall’s most daring and original conversation starters about race, the whitewashing of history, and American hero worship.  Even Oscar-, Globe- and multiple Emmy award- winner Regina King, star of "Watchmen," was passed over..

FX’s “Pose” received one nomination for Billy Porter in the category for Best Performance by an Actor in a Television Series. And that’s it. Porter, by the way, is one of only three people of color in the running for a Globe. The other two are Rami Malek for “Mr. Robot” and Ramy Youssef for “Ramy.”

They, too, did extraordinary work on their series, and Malek, of course, is a Best Actor Oscar winner for “Bohemian Rhapsody.” (Knowing what we know about the HFPA, one has to wonder whether voting members were simply confused and said themselves, “Who is who? Eh, let’s throw in both Rami and Ramy to cover our bases.”)

And that is why everyone who was snubbed Monday morning, from the aforementioned overlooked series and performances to those not mentioned – “Russian Doll,” “Pen15,” “The Good Fight” and yet again, “Better Things” (What. The. Hell.) among many others – might take some cold comfort in knowing they are in brilliant and very cool company.

So chill, people. The role of the Globes is to be a bellwether for a film's Oscar prospects, and to be be an entertaining, drunken live awards show that challenges network sensors and ticks off corrupt, clownish politicians. But when it comes to TV, the Globes are gonna Globe: its failure to spotlight TV's finest performances and visionary work in 2019 is in keeping with its annual holiday tradition of annoying and bewildering critics and anyone else who cares about industry awards.

It’s been a long time since there’s been anything approximating a rhyme to the Golden Globes nominations, although if you take a long gaze at who is there, you’ll see the reason.

Take the Best Television Limited Series or Motion Picture Made for Television category for example. Among the expected suspects are FX’s “Fosse/Verdon” and “Chernobyl,” which won the Emmy in the category. Netflix’s “Unbelievable” was released too late to be eligible for an Emmy nomination, as was Showtime’s “The Loudest Voice in the Room.”

“Succession” is up for Best TV Drama, alongside “Killing Eve,” “The Crown,” the sophomore slump season of “Big Little Lies” and . . . Apple TV+’s so-so muddle of a series “The Morning Show.”

Similarly, the Best TV Musical or Comedy category is somewhat legitimized by the presence of “Fleabag” and “Barry,” and we can understand “The Kominsky Method” and, I suppose, “The Marvelous Mrs. Maisel.” Netflix’s “The Politician” is there because Ryan Murphy.

And this has always been one of the reasons people who actually watch and care about TV tend to look askance at the Globes view of what the medium has produced in a given year. There’s always  been a whiff of illegitimacy about the process, owing to studio practice of aggressively courting members with all sorts of nudge-nudge-wink-wink political bribery by way of lunches and luxury swag.

But more obvious in this case is the Globes voting body’s tendency to be overly dazzled by cinematic star power as opposed to the substance of the content voters are nominating.

The moment "Loudest Voice" star Russell Crowe was revealed in his fat suit and layers of prosthetic latex as Roger Ailes, you could pretty much count on him sliding into Best Actor in a Limited Series or a TV Movie category beside “Chernobyl” star Jared Harris and “Fosse/Verdon” co-lead and Oscar Winner Sam Rockwell.

Meryl Streep’s nomination for “Big Little Lies” was in the bag as soon as HBO announced she was in the cast. I get why Jennifer Aniston would receive a nomination for “The Morning Show” since her presence and performance was the reason or excuse that people gave when asked why on Earth they were still watching that time-draining hobgoblin of a series. And I don’t care how likable he is – there is no other reason for Paul Rudd to be nominated for Best TV Actor other than the fact that he is Paul Rudd.

Well, then. Let us not get our hackles up at HFPA voters presenting us with the same kinds of cockeyed TV nominations they do every year, down to the return of Ricky Gervais, the host who vowed he’d never return only to return again and again. (This will be his fifth time hosting the Globes.)

Instead, let’s raise a glass to the creators and talent whose work was so extraordinary and singular that the Hollywood Foreign Press was completely blind to it.