The Who knows you're gonna hate this song: Still defiant on new studio album "Who" 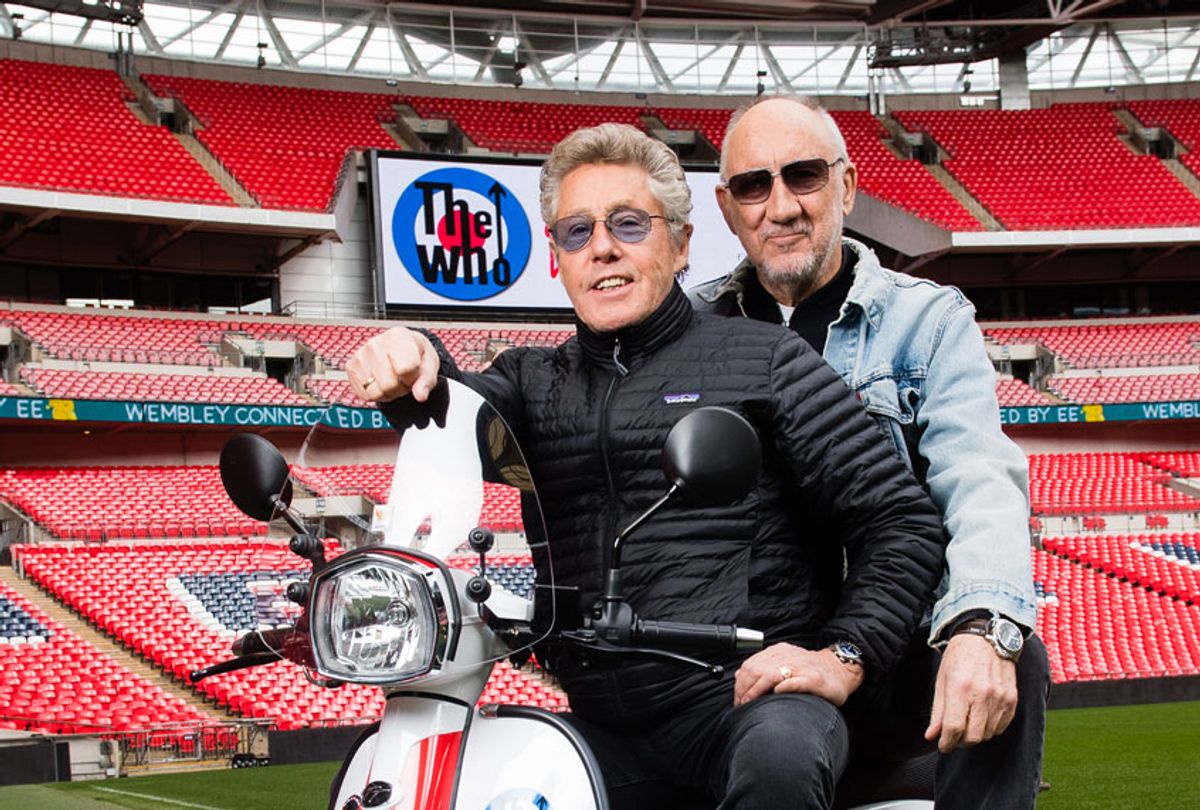 With their eponymous twelfth studio album, the Who remind us why they’re one of the world’s most enduring rock ‘n’ roll bands. Going back to the late 1960s, as they crisscrossed the globe on the endless wire of one tour after another, the group made its name with the high-octane, otherworldly musicianship of guitarist-songwriter Pete Townshend, lead singer Roger Daltrey, bass player John Entwistle, and drummer Keith Moon.

With the singularly titled "Who," the bandmates find themselves thrashing and reveling in their sunset years, pushing back at death’s door to make one more stab at greatness. It’s humbling, indeed, to observe as the group that once wailed “hope I die before I get old” attempts to regain its mettle. Entwistle and Moon are long gone, of course, having succumbed—decades apart—from rock’s excesses. But Townshend and Daltrey soldier on, hurling one more salvo of fire and brimstone in the looming faces of their own mortality.

"Who" is by no means perfect. While it outclasses their previous LP, released more than a dozen years back, this newfangled album pales in comparison to their career’s greatest heights with such albums as "Tommy" (1969), "Who’s Next" (1971), and "Quadrophenia" (1973). But even yet, "Who" finds the band, Townshend especially, as ornery and ironic as ever, questioning their own relevance in the same breath in which they strike back at the perplexing world of this (still) relatively new century.

The album’s finest cuts—and there are many—find Townshend in solid form. Still delivering a fusillade of guitar figures and power chords with the best of his generation, his gift for self-effacing, even excoriating lyrics is on full display. With “All This Music Must Fade,” Daltrey’s trademark, sneering vocals set the tone. “I don’t care,” he sings. “I know you’re gonna hate this song,” adding that “I’m long gone / And I ain’t never coming back.”

The defiant stance of “All This Music Must Fade” is sagely balanced by “Ball and Chain,” a soul-rending protest song about the ethics of maintaining a military prison in a foreign locale. “Down in Guantanamo / We still got the ball and chain,” Daltrey sings. “That pretty piece of Cuba / Designed to cause men pain.”

In other moments, the Who loses its way, if only briefly, without the energy and ebullience of their more anthemic songs. “Hero Ground Zero” and “Break the News,” penned by Townshend’s younger brother Simon, are cases in point. Neither composition adds anything to the band’s special brand of bombastic bluster and panache. But this was often true — even in the Who’s heyday, when it was difficult, even for the world’s loudest rock ‘n’ roll band, to sustain the fire and heat of their take-no-prisoners sound.

"Who" is well-served by the album’s vibrant color design courtesy of Peter Blake, the visionary artist behind the Beatles’ "Sgt. Pepper’s Lonely Hearts Club Band" (1967) and the Who’s "Face Dances" (1981). With a series of micro-panels that trace the band’s story from their inception through the 21st century, Blake’s cover captures the grand sweep of their career without falling victim to a debilitating sense of self-congratulatory nostalgia. Rather, the LP’s cover, as with the more accomplished moments among "Who"’s contents, sets the stage for soaring towards new heights in the face of our own, ever-encroaching mortality.

All Salon Culture Music Pete Townshend Roger Daltrey The Who Who