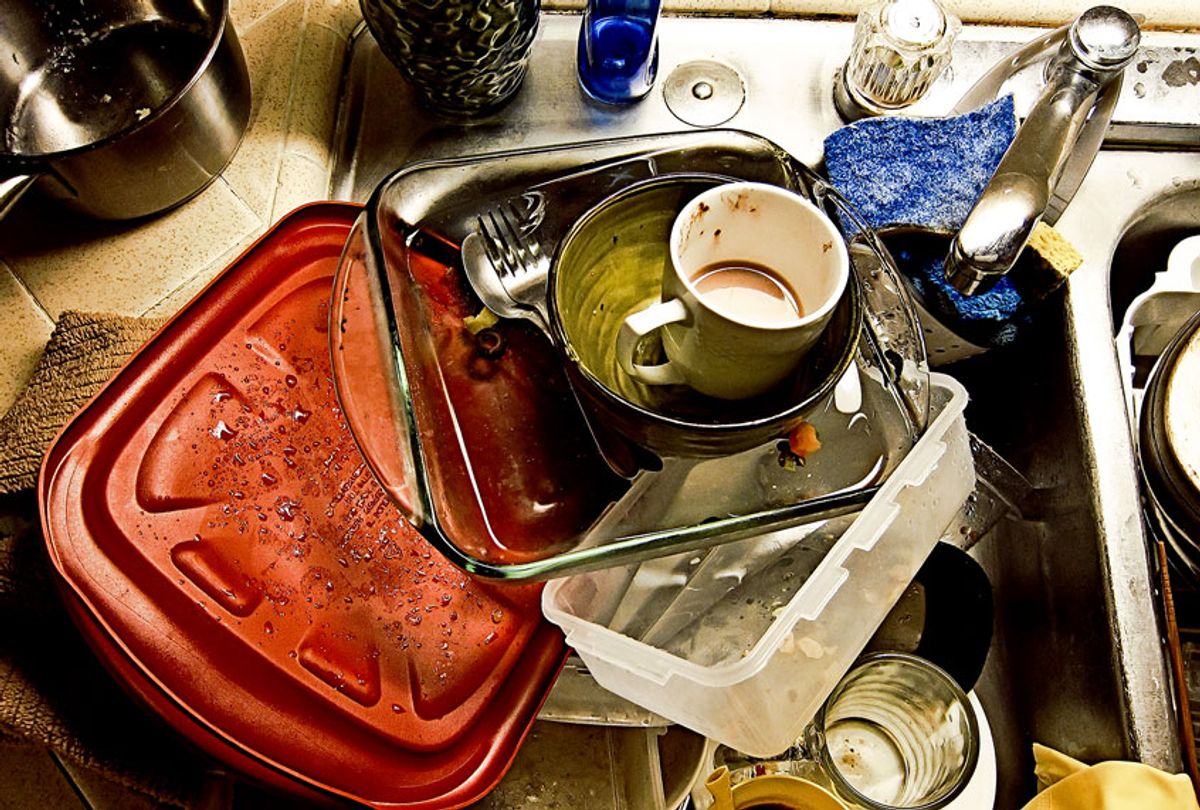 A few years back, Harvard-trained mediator Eve Rodsky found herself parked on the side of a road, weeping over a text message from her husband, Seth.

“I’m surprised you didn’t get blueberries,” the text read.

No news of the death of a loved one, no report of a dire medical prognosis — just a mundane note of spousal disappointment. But according to Rodsky, author of bestseller "Fair Play: A Game-Changing Solution for When You Have Too Much to Do (and More Life to Live)," the text message criticizing her performance of a household errand was her breaking point.

“I had just had a new baby,” Rodsky told me in our live interview for INFORUM at the Commonwealth Club of San Francisco. “I am on the side of the road sobbing with a breast pump and a diaper bag in my passenger seat. I have a pile of [clothes to return] for a new baby in the back seat of the car. I have a client contract on my lap with a pen, sort of sticking me in the vagina as I'm trying to mark it up at every red light traffic stop. I'm zooming to pick up my older son, Zach, who's almost turning three at the time in his toddler transition program — and in America, since we really value working mothers, those programs are like 10 minutes long. I knew I was going to be late to pick up Zach, but that was a day I always say, ‘Thank God Seth sent me that text.’ It felt like my breaking point and I said to myself, ‘You know, I'm done. This is not the career-marriage combo I thought I was going to have.’”

Rodsky’s roadside breakdown may seem dramatic, but her story is far from uncommon. The invisible workload women carry outside of their careers is a constant source of emotional pain and resentment in heteronormative relationships.

“Regardless of whether we work outside the home, women do two-thirds of what it takes to run a home and family,” Rodsky said.

The invisible work that women take on, which Rodsky calls the “she-fault,” appears to infiltrate even the most seemingly feminist of households.

“I'm a product of a single mother who vowed this wouldn't happen to me,” Rodsky told me. “I went to my first Equal Rights Amendment march when I was 15 months old. And it was still happening to me.”

In writing "Fair Play," Rodsky set out to find out why women are the “she-fault” for all things domestic — and more to the point, what can be done about it.

One surprising and crucial discovery she made: Both men and women view the value — and even the volume — of time in gendered terms. While both genders treat men’s time as finite resources — “like diamonds,” Rodsky says — they treat women’s time as infinite, “like sand.”

“Women all over the country were saying things to me like, ‘of course I should pick up the extra slack in my home, because my husband makes more money than me,’” Rodsky said. “My favorite was the two people with the same job: ‘Yeah, we're both colorectal surgeons. Yeah, we're both shipping supervisors. But my husband's really busy and overwhelmed and I just find the time.’”

This false perception of women’s inherent ability to "make time" for activities that are deemed beneath the attention of men has led to economic and social inequalities beyond the home.

“Unless we're somehow Albert Einstein and we know how to f**k with a space-time continuum, we definitely can't ‘find time.’ There's literally no way to ‘find time,’” Rodsky said. “But there is a choice of how you use your time. And if I have less choice over how I use my time, then my time is less valued.”

To hear about the system Eve Rodsky has developed to help women reclaim their time and thus reclaim their power and purpose in the world, listen to our conversation here.

Get more stories of how women rise up on the "Inflection Point" podcast, help us crowdfund our new season, and come on over to The Inflection Point Society, our Facebook group of everyday activists who seek to make extraordinary change through small, daily actions.