Have Americans learned nothing from climate disasters?

The Dutch think big when it comes to climate change–proofing. Why can't we? 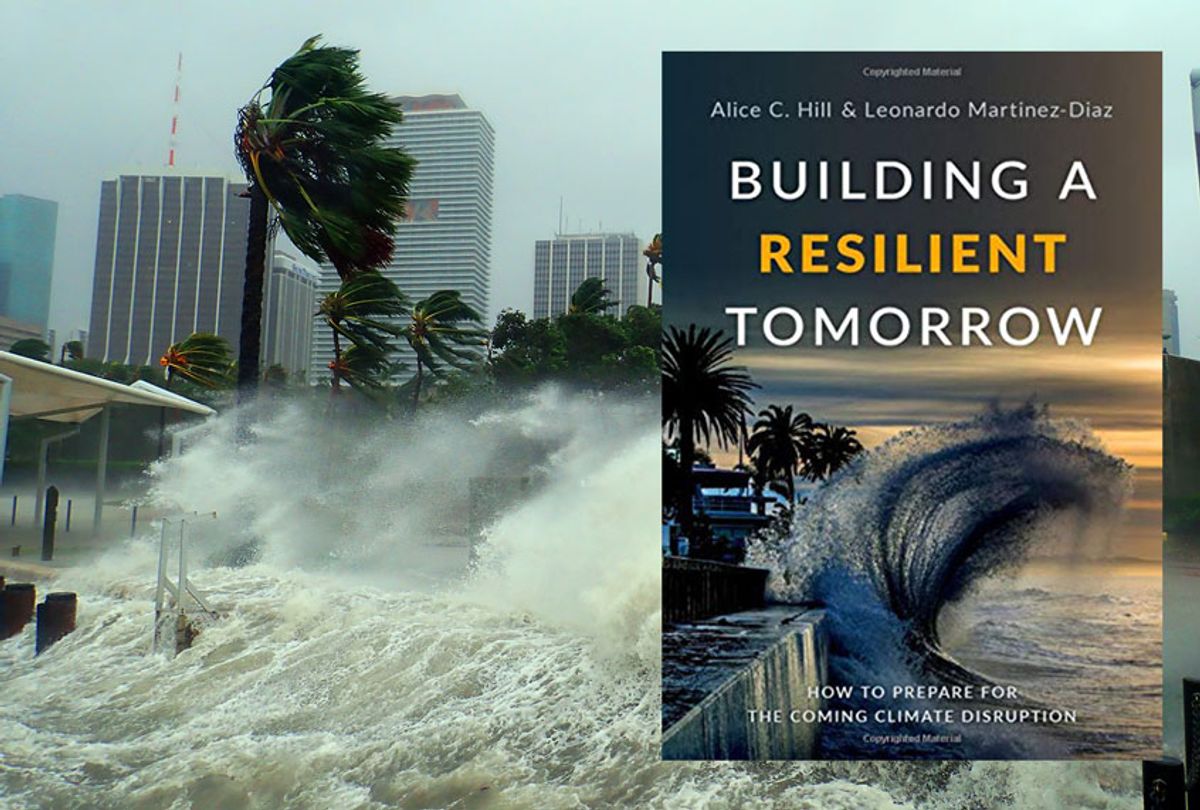 On the night of January 31, 1953, an unusually high tide, coupled with a severe windstorm blustering off the Netherlands’s northwest coast, overwhelmed scores of the country’s dikes and dams. The flood waters rushed in, surging as high as 15 feet (4.5 m) in some places, killing over 1,800 people, and forcing tens of thousands of residents to evacuate. The sea water spilled across farmlands, rend­ering them useless for years. To this day, on February 1 each year, the Dutch commemorate those who died in the Watersnoodramp, or the “water emergency disaster” of 1953. This was their “no more” moment.

Once the waters receded, the Netherlands realized that simply trying to keep water out with dikes, levees, and canals could not pro­tect the country. Instead of engaging in an ad hoc struggle against constant flooding in a nation where about a quarter of all land lies below sea level, the Dutch began to think bigger, reimagining how they could live with the water instead of fighting it. Today, the Netherlands has some of the most sophisticated flood measures in the world. With outdoor parks designed as back- up reservoirs for flood waters and floating neighborhoods, the Dutch have invested deeply in flood mitigation. As the mayor of Rotterdam astutely observed in 2017, “We must learn to live with water . . . That’s just common sense.”

After “no more” moments in the Netherlands and Florida, the political will to undertake large- scale and decisive action coalesced. Governments acted. Money was raised and spent. Legislation was adopted. Rules were finally enforced. These crises proved so severe, so at odds with common experience, and so traumatic to the af­fected communities that a collective decision was made to do what­ever it would take to ensure “no more.” But just because disasters can spur change, it doesn’t mean they always do. In fact, only extreme catastrophes seem to lead to decisive action. The rest of the time we largely fail to learn from our experience. The reasons for inaction are many: increased construction costs, potential loss of tax revenue, fear of litigation, optimism bias, and plain old inertia.

The argument for acting before a “no more” moment happens is compelling. Buildings that have been designed and constructed according to strict codes and standards typically suffer less damage from extreme weather events. In 2005, the US National Institute of Building Sciences (NIBS) published a study that reviewed sev­eral thousand government- funded projects designed to reduce the risk of damage from floods, wind, and earthquakes. The study con­cluded that one dollar spent on these investments saves society an average of four dollars. In 2017, the NIBS updated the study and found that investments in resilience generated an even greater ben­efit than the original estimate— six dollars saved in averted disaster costs for every dollar invested in resilience. A pair of academics who analyzed two dozen disaster- mitigation studies from around the world similarly concluded that the median benefit- cost ratio was in the neighborhood of six to one.10 And a NIBS study from 2018 concluded that adoption of the latest model building codes would generate a national benefit of eleven dollars for every dollar spent on building to code. The national benefit results from a host of factors from lower property damages to fewer business interruptions.

A commonly used model building code is one that was de­veloped by the International Code Council (ICC), a nonprofit organization whose membership includes representatives from government and the building industries. But though all fifty states have adopted some version of the ICC model building code, not all jurisdictions adopt the same version. Sometimes, political opposi­tion from builders and developers prevents state and local lawmakers from adopting the most recent version of the ICC model building code or applying it evenly to all types of construction. According to the Insurance Institute for Business and Home Safety, a nonprofit building association supported by the insurance industry, eight of the eighteen most hurricane- prone states in the United Sates have no mandatory statewide code. In addition, virtually none of the model codes take climate change into account. This flawed system has allowed many developers in hurricane- prone states to build homes without added reinforcement for gale- force winds or tow­ering storm surges. Because building below code requirements typ­ically costs less, builders can sell such homes at lower prices. By the time catastrophe strikes and the home gets damaged, the builders and realtors have walked away, cash in hand. To make matters worse, the model building codes do not yet account for the future risk from climate- exacerbated extremes. The question then becomes: Who pays for the damage? The homeowner? The insurance company? Taxpayers, through government bailouts?

The high cost of cheap construction

An often- cited excuse for not strengthening building codes is the high cost of improvements, but in the long run, the costs of building relatively cheap but vulnerable infrastructure often dwarf the benefits. Consider the case of Houston. After Hurricane Sandy spurred Congress to approve more than fifty billion dollars in disaster aid in 2012, President Obama took a stab at reducing the financial risk to the federal government posed by natural disasters. In 2017, he signed an executive order creating a fed­eral flood standard. It applied to structures in or near floodplains built or substantially improved with federal taxpayer money, and required that they be elevated by two or more feet (or in accord­ance with the latest climate science). Every federal agency af­fected by the order agreed to it before it reached the president’s desk for signature. President Trump, however, rescinded the order in August 2017, to the delight of some builders, since the Obama regulation raised the cost of construction. Ten days later, Hurricane Harvey hit Houston, reminding the nation why building standards matter.

Houston, the largest city in Texas and the fourth largest US city overall, historically sacrificed strict building codes in favor of creating cheap housing to promote rapid growth. The city covered its flat terrain with miles of pavement, failed to invest in proper stormwater- management systems, and issued permits allowing the construction of hundreds of homes in a dry reservoir that the US Army Corps of Engineers had designated for capturing flood wa­ters. When Hurricane Harvey slammed into Houston in 2017, it let loose a record- setting 50 inches (127 cm) of rain on the hard clay soil and miles of pavement. Hundreds of thousands of homes were flooded and almost a hundred people lost their lives. The total eco­nomic damage climbed to more than $125 billion.

Perhaps Harvey was Houston’s “no more” moment. Just seven months after Harvey struck, the Houston City Council adopted requirements to elevate any new home in the 500- year flood­plain (the area that has a 0.2 percent chance of flooding in any given year) by two feet (0.6 m). The city estimated that if the reg­ulation had been in place when Harvey struck, 84 percent of the structures flooded by Harvey would have avoided that fate. We will only know if Harvey inspired real change once Houston ac­tually enforces the tough new building codes it adopted after the disaster. But what’s clear is that the city could have spared itself, its citizens, and the federal government significant costs had it chosen to invest in resilience earlier.