Why science is a social construct 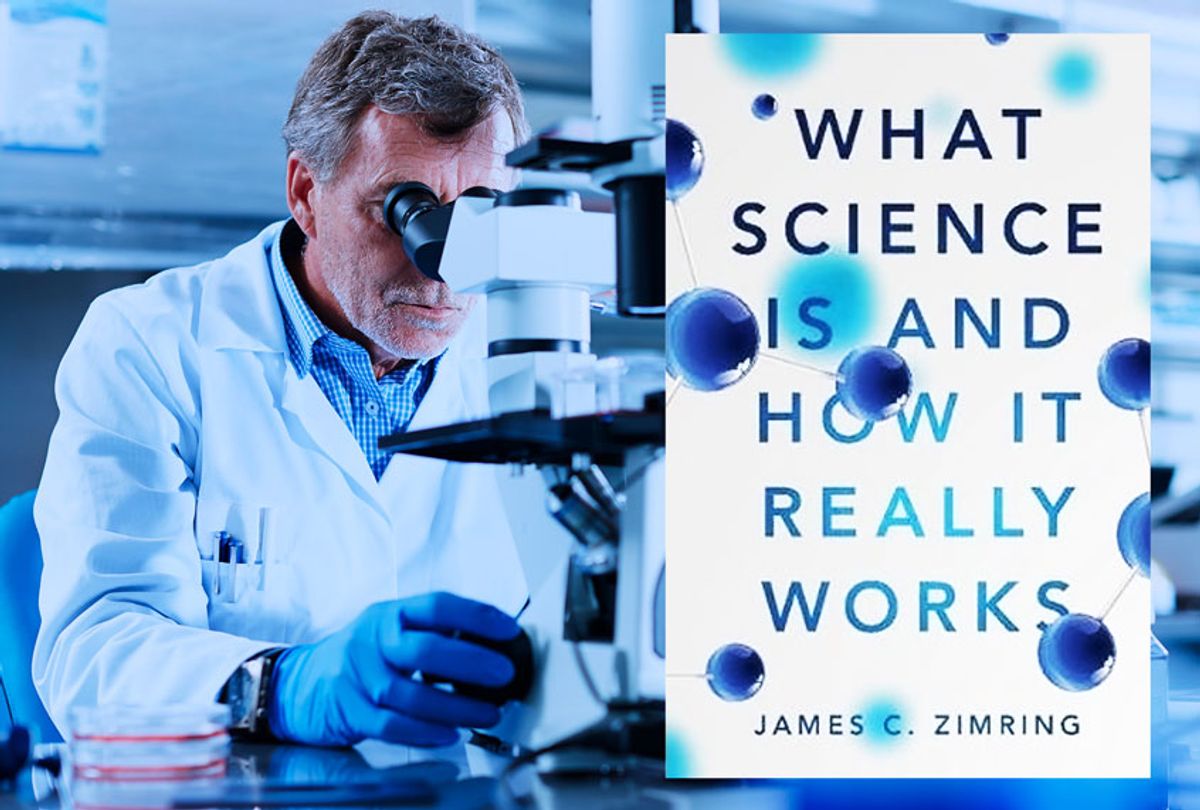 "What Science Is and How It Really Works" by James C. Zimring (Cambridge University Press/Getty Images)
--

Adapted from "What Science Is and How It Really Works," by James C. Zimring. Copyright 2019, Cambridge University Press.

R. A. Fisher was one of the most influential scientific thinkers of the twentieth century. He made seminal contributions regarding accurate estimates of the likelihood of an error emerging from a given data set, known as “P values” among statisticians. Fisher appreciated that the correlation of two variables only indicated that they have some association, but could not demonstrate causality. In the twentieth century, data began to emerge that people who smoked had a higher rate of lung cancer than those who did not smoke, beginning a debate that would rage for close to a century regarding the carcinogenic effects of tobacco. Unlike most who began to develop the view that smoking tobacco probably increased one’s risk of cancer, Fisher became convinced that it was in fact the other way around; he essentially argued that cancer caused smoking.1 This view, which seems curious in retrospect, was quite logical at the time (and remains logically valid).

Fisher focused on data indicating that the tendency to become a smoker might have a genetic basis (because if one identical twin was a smoker, then the other twin was more likely to be a smoker than chance alone would predict). Fisher was also taken by one study that indicated lung cancer rates were not any higher for smokers who inhaled vs. those who did not inhale (in fact, those who inhaled had lower cancer rates). This was the opposite of what would be predicted if smoking caused cancer by the proposed mechanism. Never one to shy away from publicity, Fisher even wrote a very sardonic piece in which he calculated how many lives could be saved if public health officials would only encourage smokers to inhale.

Fisher’s hypothesis was that there was a genetic basis for cancer, and that the presence of cancer (before it became detectable) caused underlying angst in people, which they assuaged by seeking out the soothing effects of tobacco smoke. Thus, smoking was certainly “associated” with cancer, but cancer was the cause of smoking and not vice versa. It has been argued that Fisher was biased by his own love of smoking and that he was being paid by tobacco companies; however, it is important to note that Fisher’s “alternate hypothesis” is as valid a retroduction and is as deductively consistent with the observed phenomenon that lung cancer rates are higher among smokers, as is the more popular hypothesis that smoking causes cancer. Nevertheless, over time, more and more evidence began to accumulate that was consistent with smoking causing increased rates of cancer instead of the other way around. Moreover, subsequent larger and better designed studies did not confirm the observation of lower rates in those who inhaled vs. those who didn’t; since Fisher himself defined the theory of rates of error (that might have occurred in the original study), one would think that he would have been best suited to be skeptical. However, despite what ultimately became a profound amount of evidence linking tobacco smoke to cancer, Fisher never abandoned his position, one that in retrospect seems to have been very much in error.

R. A. Fisher was not unusual in this respect. Scientists do make errors and have the unfortunate human tendency to fall in love with their ideas and stubbornly stick to them, even after they have been shown to be incorrect. French physicist Prosper-René Blondlot never gave up on the existence of N-rays, even after all evidence of their existence was discredited, and continued to study them privately for the remainder of his career. Priestley never believed he had discovered a new element (oxygen) and continued to study dephlogisticated air. One could fill a whole chapter with examples of personal devotion to a particular hypothesis, no matter how much data ultimately comes out against the idea. Whereas individual scientists often fall prey to this problem, social aspects of science can serve as a remedy, which is the subject of this essay.

In modern times, scientists seldom work alone. Day-to-day observations, thoughts, and experiments may be carried out in isolation. However, professional scientists (at least academic scientists) typically belong to departments of scientists. They are members of professional societies focused on the topic being studied. They submit their findings for publication to peer-reviewed journals, where their work is evaluated by other scientists working in the same or related fields. Scientists typically present their findings to groups of other scientists at lab meetings, seminars in their departments, during invited lectures to other academic institutions, and at national and international meetings and symposia. Indeed, the very act of communicating one’s findings, and what one thinks they mean to a broader audience, is an essential component of maintaining one’s scientific profession, for science is a world of “publish or perish.” The peer-review process is used to determine how finite resources, in the form of research grants, are distributed to academic scientists. While specific observations or particular studies may be carried out by one (or a few) individuals, the broader determination and interpretation of those studies is a function of a scientific society. Thus, while nature may be an essential arbiter of scientific thought, how nature is explored and interpreted is ultimately decided by a large committee of humans with a complex set of rules and dynamics – fundamentally, a social construct.

One theme that has emerged in this essay is a working definition of science that includes an evolution of methodology in an ongoing effort to mitigate known sources of error to which humans are prone. The errors that have been discussed thus far are errors that individuals make. Because modern science is ultimately produced and evaluated in the context of a social construct, understanding individual error is necessary but not sufficient to grasp the workings of science. Rather, one must also give consideration to the collective reasoning of scientific societies. Do scientific societies exacerbate or mitigate problems of individual error? Are an individual’s errors corrected by, or amplified, as a result of their filtration through scientific groups? Do societies of scientists introduce additional errors on top of those made by individual scientists? How do societies complicate the issue(s) of authority in science, serving as their own bodies of authority, in addition to the authority individuals may wield? Deriving any metric of science by analyzing individual scientists (in the absence of group dynamics) will result in a misperception of what science is, even if representative individuals are analyzed.

Science is neither an individual activity nor a social activity, but rather a balanced equilibrium between the two. Both exist and both are necessary, and consideration must be given to an integrated view of individual scientists working on their own and as part of larger groups and communities. To the extent that science focuses on mitigation of human error, group dynamics can help to compensate for erroneous tendencies of individual scientists; at the same time, individual scientists can likewise help to compensate for erroneous group tendencies. Both are required, neither is sufficient, and they must be considered together.