Lemurs are the world’s most endangered mammals, but planting trees can help save them 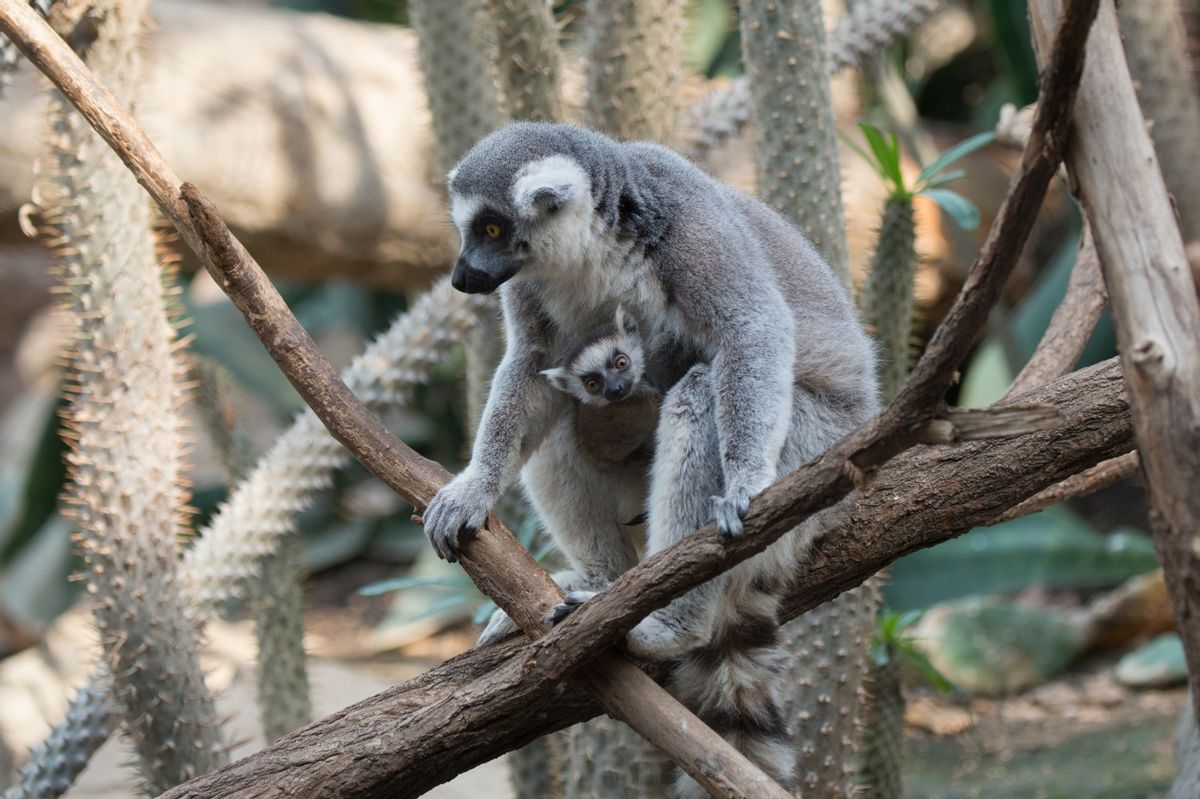 The island of Madagascar off the southeastern coast of Africa hosts at least 12,000 plant species and 700 vertebrate species, 80% to 90% of which are found nowhere else on Earth. 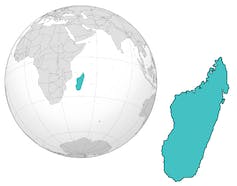 Isolated for the last 88 million years and covering an area approximately the size of the northeastern United States, Madagascar is one of the world’s hottest biodiversity hotspots. Its island-wide species diversity is striking, but its tropical forest biodiversity is truly exceptional.

Among these threats, climate change receives special attention because of its global reach. But in my research, I have found that in Madagascar it is not the dominant reason for species decline, although of course it’s an important long-term factor.

As a primatologist and lemur specialist, I study how human pressures affect Madagascar’s highly diverse and endemic signature species. In two recent studies, colleagues and I have found that in particular, the ruffed lemur — an important seed disperser and indicator of rainforest health — is being disproportionately impacted by human activities. Importantly, habitat loss is driving ruffed lemurs’ distributions and genetic health. These findings will be key to helping save them.

The forest is disappearing

Madagascar has lost nearly half (44%) of its forests within the last 60 years, largely due to slash-and-burn agriculture — known locally as “tavy” — and charcoal production. Habitat loss and fragmentation runs throughout Madagascar’s history, and the rates of change are staggering.

This destruction threatens Madagascar’s biodiversity and its human population. Nearly 50% of the country’s remaining forest is now located within 300 feet (100 meters) of an unforested area. Deforestation, illegal hunting and collection for the pet trade are pushing many species toward the brink of extinction.

In fact, the International Union for Conservation of Nature estimates that 95% of Madagascar’s lemurs are now threatened, making them the world’s most endangered mammals. Pressure on Madagascar’s biodiversity has significantly increased over the last decade.

In a newly published study, climate scientist Toni Lyn Morelli, species distribution expert Adam Smith and I worked with 19 other researchers to study how deforestation and climate change will affect two critically endangered ruffed lemur species over the next century. Using combinations of different deforestation and climate change scenarios, we estimate that suitable rainforest habitat could be reduced by as much as 93%.

If left unchecked, deforestation alone could effectively eliminate ruffed lemurs’ entire eastern rainforest habitat and with it, the animals themselves. In sum, for these lemurs the effects of forest loss will outpace climate change.

But we also found that if current protected areas lose no more forest, climate change and deforestation outside of parks will reduce suitable habitat by only 62%. This means that maintaining and enhancing the integrity of protected areas will be essential for saving Madagascar’s rainforest habitats.

In a study published in November 2019, my colleagues and I showed that ruffed lemurs depend on habitat cover to survive. We investigated natural and human-caused impediments that prevent the lemurs from spreading across their range, and tracked the movement of their genes as they ranged between habitats and reproduced. This movement, known as gene flow, is important for maintaining genetic variability within populations, allowing lemurs to adapt to their ever-changing environments.

Based on this analysis, we parsed out which landscape variables — including rivers, elevation, roads, habitat quality and human population density — best explained gene flow in ruffed lemurs. We found that human activity was the best predictor of ruffed lemurs’ population structure and gene flow. Deforestation alongside human communities was the most significant barrier.

Taken together, these and other lines of evidence show that deforestation poses an imminent threat to conservation on Madagascar. Based on our projections, habitat loss is a more immediate threat to lemurs than climate change, at least in the immediate future.

This matters not only for lemurs, but also for other plants and animals in the areas where lemurs are found. The same is true at the global level: More than one-third (about 36.5%) of Earth’s plant species are exceedingly rare and disproportionately affected by human use of land. Regions where the most rare species live are experiencing higher levels of human impact.

Scientists have warned that the fate of Madagascar’s rich natural heritage hangs in the balance. Results from our work suggest that strengthening protected areas and reforestation efforts will help to mitigate this devastation while environmentalists work toward long-term solutions for curbing the runaway greenhouse gas emissions that drive climate change.

Already, nonprofits are working hard toward these goals. A partnership between Dr. Edward E. Louis Jr., founder of Madagascar Biodiversity Partnership and director of Conservation Genetics at Omaha’s Henry Doorly Zoo, and the Arbor Day Foundation’s Plant Madagascar project has replanted nearly 3 million trees throughout Kianjavato, one region identified by our study. Members of Centre ValBio’s reforestation team — a nonprofit based just outside of Ranomafana National Park that facilitates our ruffed lemur research — are following suit.

At an international conference in Nairobi earlier this year, Madagascar’s president, Andry Rajoelina, promised to reforest 40,000 hectares (99,000 acres) every year for the next five years — the equivalent of 75,000 football fields. This commitment, while encouraging, unfortunately lacks a coherent implementation plan.

Our projections highlight areas of habitat persistence, as well as areas where ruffed lemurs could experience near-complete habitat loss or genetic isolation in the not-so-distant future. Lemurs are an effective indicator of total non-primate community richness in Madagascar, which is another way of saying that protecting lemurs will protect biodiversity. Our results can help pinpoint where to start.