"He has the mental and physical stamina to fully undertake the rigors of the presidency," his cardiologist says 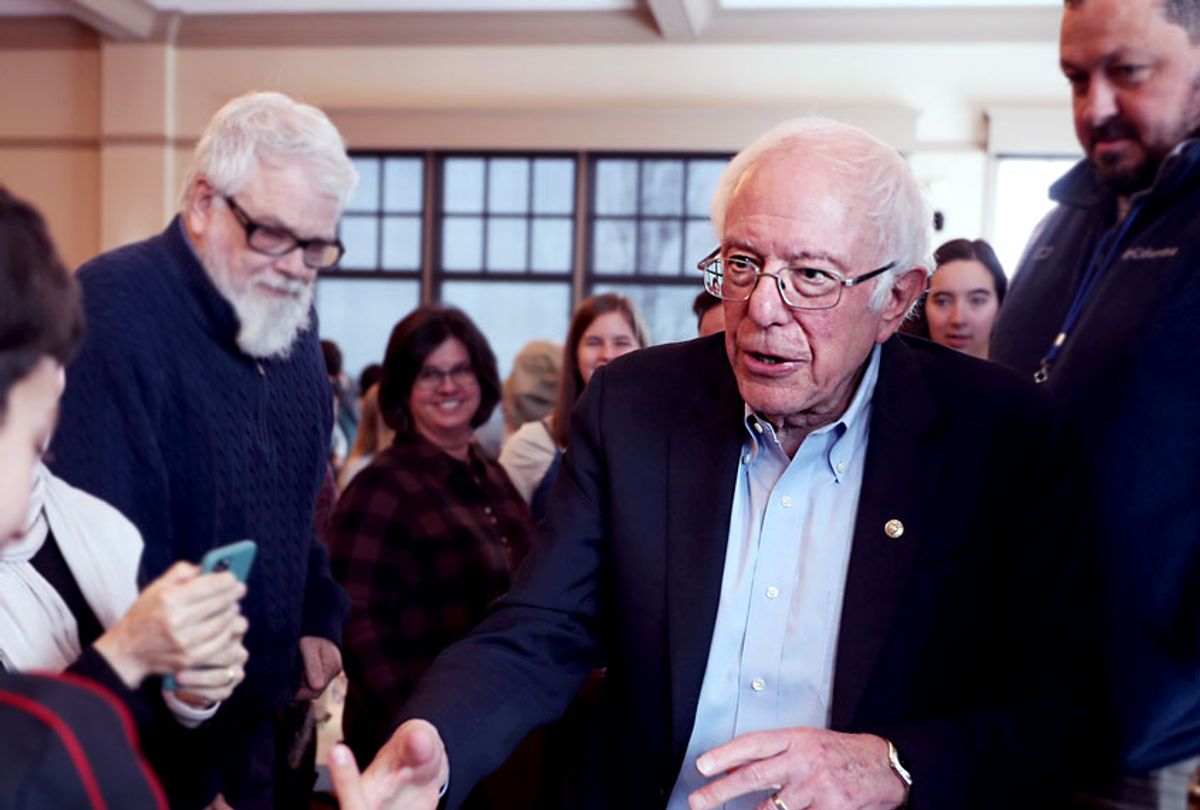 Sen. Bernie Sanders, I-Vt., on Monday released the results of his most recent annual physical exam, as well as letters from three of his doctors, making him the second septuagenarian in the Democratic presidential contest to offer an inside look at the details of his health.

"You are in good health currently, and you have been engaging vigorously in the rigors of your campaign, travel and other scheduled activities without any limitation," Dr. Brian Monahan, the attending physician for members of Congress, wrote.

Sanders' latest physical exam was conducted on Dec. 19, according to Monahan. The results of the exam revealed that the senator's blood pressure, heart rate and blood tests were "normal." Sanders is 6-feet tall and weighs 174 pounds, Monahan wrote in the letter, which is similar to what most recent presidential candidates have released.

Sanders has previously been treated for gout, high cholesterol, diverticulitis, hypothyroidism, laryngitis secondary to esophageal reflax, lumbar strain and has had superficial skin lesions removed, his doctor said. Sanders has also had minimally-invasive surgery to repair inguinal hernias on both his left and right sides and underwent a procedure to remove a vocal cord cyst.

The senator had his vocal cords evaluated for hoarseness last month and was "stable," Monahan wrote in the letter. His daily medications include atorvastatin, aspirin, clopidogrel, levothyroxine and lisinopril, he added.

"You do not have a history of tobacco use, exercise daily and seldom drinks alcohol," Monahan said.

Sanders, the oldest candidate in the 2020 presidential contest, suffered a heart attack earlier this year while campaigning in Las Vegas. He had had two stents inserted to fix a blockage in an artery and took himself off the campaign trail for several days to recover.

Since then, Sanders has returned to the trail and "obtained additional consultation with cardiologists" in his home state of Vermont, Monahan noted.

"Several of the medications you initially required (blood-thinner, beta blocker) were stopped based on your process. Your heart muscle strength has improved. You have never had symptoms of congestive heart failure. The heart chamber sizes, wall thickness, estimated pressures and heart valves are normal. Several 24-hour recordings of your heart electrical activity indicated no significant heart rhythm abnormality," he added.

Monahan also noted that Sanders underwent a treadmill test earlier this month to find out how well his heart handles stress. Sanders' performance was rated "above average" compared to men his age with a similar diagnosis, his doctor wrote, adding that "the cardiac exercise psychologist who evaluated your results determined that you are fit to resume vigorous activity without limitation."

Sanders released a second letter from his cardiologists, Dr. Philip Ades and Dr. Patrick Savage. The doctors noted that during the aforementioned treadmill test, the senator "was able to exercise to a level that is approximately 50 percent higher than other men his age with a similar diagnosis." Compared to men his age with no known heart disease, his exercise capacity is "average," they wrote.

"Mr. Sander's [sic] level of fitness would be suggestive of favorable outcomes from a cardiovascular perspective going forward," they wrote. Dr. Ades, director of preventive cardiology at the University of Vermont Medical Center, wrote that Sanders is "more than fit enough to pursue vigorous activities and an occupation that requires stamina and an ability to handle a great deal of stress."

In a third letter from another one of Sanders' doctors, Dr. Martin LeWinter, cardiologist at UVM Medical Center, said that while Sanders "did suffer modest heart muscle damage, he has been doing very well since."

"He is entirely asymptomatic. His heart function is stable and well-preserved. His blood pressure and heart rate are in optimal ranges. He is getting regular exercise, and his exercise tolerance, based on quantitative, cardiopulmonary exercise testing, is well above average," LeWinter continued. "At this point, I see no reason he cannot continue campaigning without limitation, and should he be elected, I am confident he has the mental and physical stamina to fully undertake the rigors of the presidency."

Sanders' disclosure of his medical history and recent examinations come as several of his rivals for the Democratic presidential nomination — who are in their 70s, along with President Donald Trump, who is 73 — have faced questions about their age and physical fitness.

Massachusetts Sen. Elizabeth Warren, who is 70, released her medical records earlier this month. The other septuagenarian in the race, former Vice President Joe Biden, 77, vowed to release his health information before the Iowa caucuses on Feb. 3.

Despite the concerns of some about their ages, Biden, Sanders and Warren have been at the top of virtually every national and early state polls of the Democratic primary. If either of the candidates defeats Trump next year, both Sanders and Biden would be more than 80 years old by the end of their first term in the White House. Trump currently holds the record for oldest sitting president.