Obama's not the only one that can drop a reading list. Trump reads all the books. The best books, in fact! 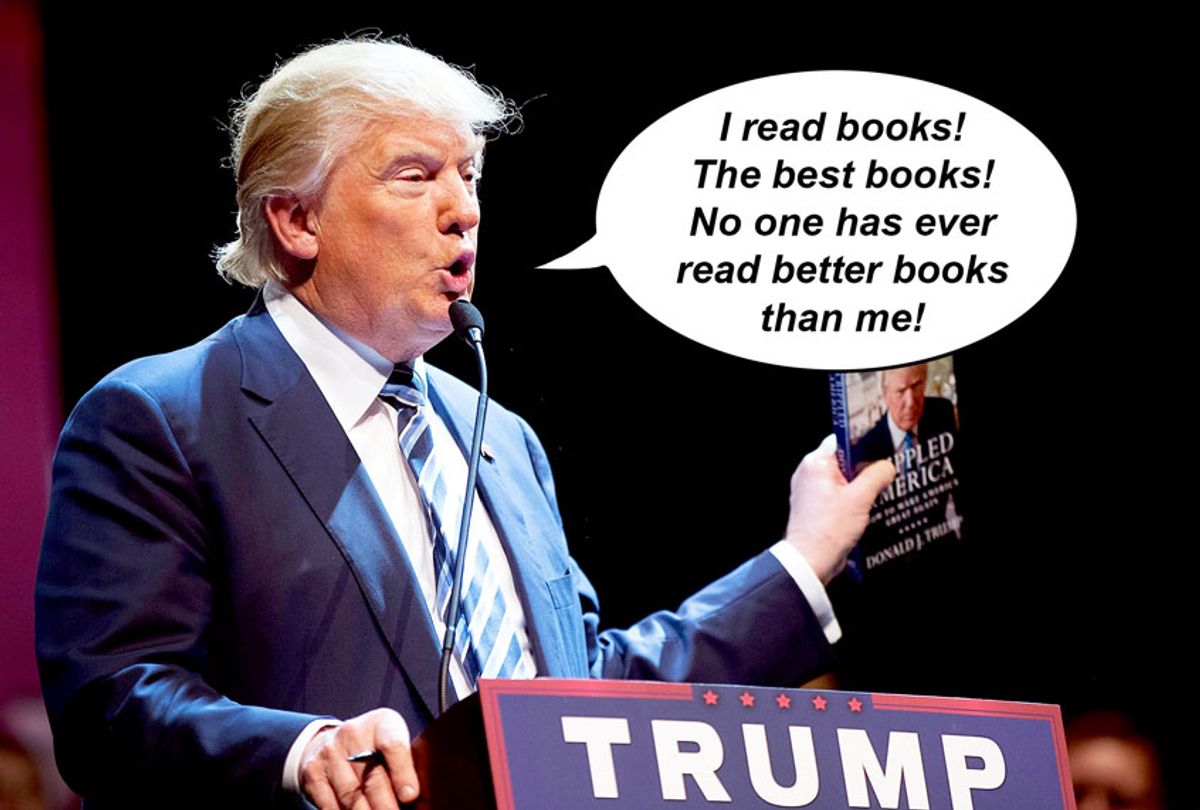 The former and currently most missed president in American history, Barack Obama recently shared his picks for his favorite books of 2019 on social media.

"This has become a fun little tradition for me, and I hope it is for you, too," the former president wrote in an Instagram post on Sunday. "Because while each of us has plenty that keeps us busy – work and family life, social and volunteer commitments – outlets like literature and art can enhance our day-to-day experiences."

Obama's list is great; I've read some of the books and totally agree. But Obama isn't president anymore. We have a new president, which means we have new perspective. The country has moved into a different direction. Obama's intelligent lectures have been transformed into Trump's monosyllabic tirades, and the list should reflect that. So, without any authorization from the Trump administration, I created a list of the Trump's favorite books.

I'm going go out on a limb and assume that Obama reads way more than the president. I mean he reportedly doesn't even read his presidential briefings, or anything really as reported by The Atlantic in a story about that quoted Michael Wolff's "Fire and Fury."

"He didn't read." wrote Wolff, "He didn't really even skim. Some believed that for all practical purposes he was no more than semi-­literate."

So, the brief list I compiled is not for just for his favorite books of 2019; it includes all books for his entire presidency.