Netflix's "Dracula": Put a stake in it – it's not well done 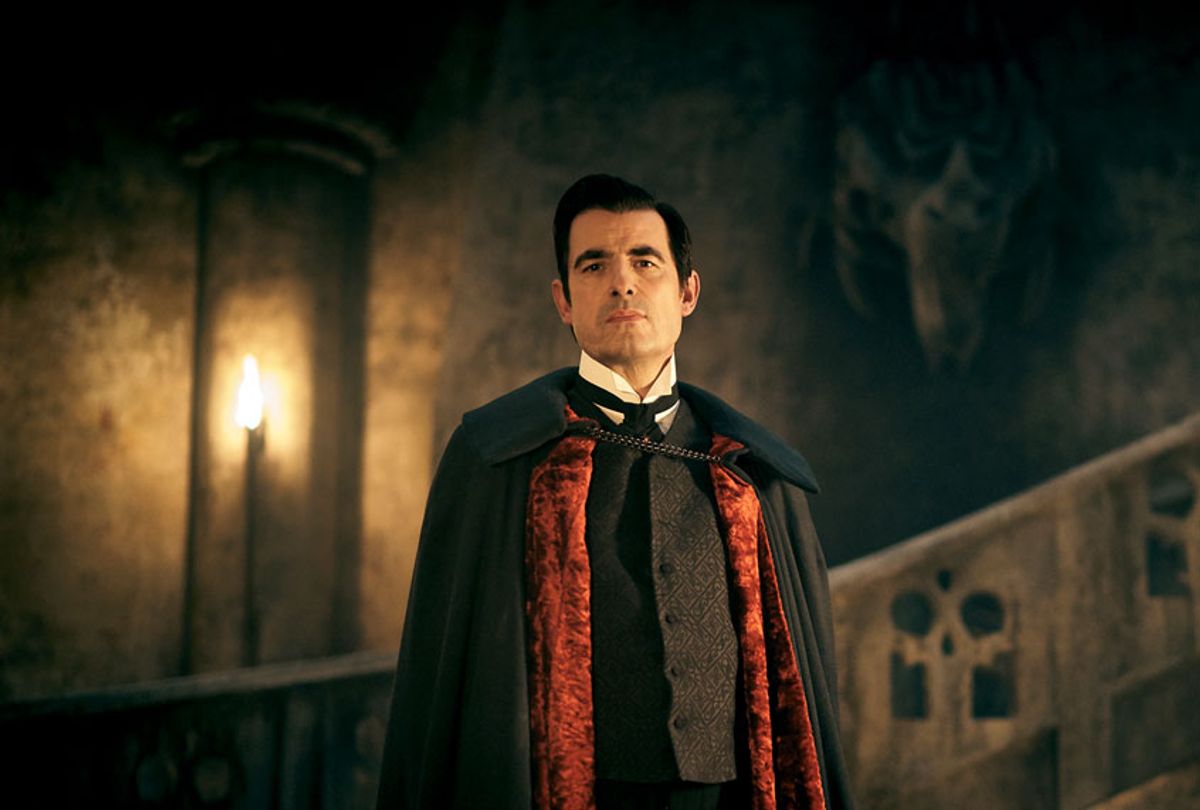 On the list of literary classics that have been done to death, Bram Stoker's "Dracula" must rank fairly high.

Between the film and TV adaptations of the 1897 novel that play it straight and the titles inspired by the story – including the anime spinoffs, the character's central role in "Penny Dreadful" and the latest season of "Van Helsing," the famous number-loving Muppet,  "Bunnicula," "Blacula" and Count Chocula – there isn't much anyone can do to or with the story that hasn't already been done.

The same could have been said about Sherlock Holmes, mind you, which is why Steven Moffat and Mark Gatiss' "Sherlock" delighted so many when it first premiered. Moffat and Gatiss found a way to take often-used and referenced characters and make them feel fresh and new, employing a killer combination of wittiness, editing, and perhaps most importantly of all, casting.

Shrewdly imaginative as the scripts are, "Sherlock" would not have grown into half the phenomenon it was without Benedict Cumberbatch and Martin Freeman's killer chemistry. Lest you doubt this, check out Moffat and Gatiss' read on "Dracula," a flat take that commits one of the topmost sins of which one might be found guilty in the courtroom entertainment: God in heaven it is dull.

Stoker's "Dracula" is a fine story, of course, and obviously timeless. Taking it on seems to be a simple enough premise, but actually it's a serious test of a creator's originality and skill. For a writer or producer to grant the story fresh life, their best approach may be to swing hard, swing for the fences, show no mercy, and above all, strive to do the unexpected.

To play it straight at this point is deadly. But that's what Moffat and Gatiss do, albeit with a few adjustments that to a couple of old British dudes who have a reputation for reshaping widely known narratives and characters around pithy dialogue approximate as edginess.

This "Dracula" is not a direct lift on Stoker's tale, although it is close enough to the original structure to make a person appreciate how hard Francis Ford Coppola dropped the mic with his 1992 film.  The creators are aiming for more honesty about who Dracula the monster is by accentuating his traits as a deceiver and an animalistic predator who, when you get down to it, is one of the more disgusting monsters anyone could have dreamed up.

To achieve this, their version of Count Dracula, portrayed by Claes Bang, spends a decent amount of time covered in goo, and his prey Jonathan Harker (John Heffernan) becomes a fly magnet. Seriously: if you're easily nauseated, don't put this on during a meal.

Part one of the series, the only installment Netflix released for review, introduces Harker as he recuperates in a Hungarian convent and recounts the events of his stay with the enigmatic Count to the overtly sardonic Sister Agatha (Dolly Wells). To call his retelling tedious is understating the problem.

In the novel, Harker visits Dracula only to discover that he is not a guest but a captive slowly being bled dry by a host turned deadly parasite. For whatever reason, Moffat and Gatiss (perhaps unintentionally) translate this feeling of weakness and sluggishness into a vicarious experience by conveying boredom that comes with imprisonment.

This laggardly scripting also obscures performances that might otherwise win over the audience. "Dracula," like "Sherlock" before it, is a series meant to be buoyed by its characters and the actors' performances, and in that regard Wells' Agatha is the first episode's saving grace. She gets some of the funniest lines and delivers them with a dry, peppery mien that gives one hope that she'll survive Harker's visit and her unnatural fascination with the lore surrounding Dracula. Sister Agatha is not a conventionally devout nun, which makes her even more fascinating; in one of her best lines she basically reveals she has no faith but stays with the order because it gets her three hots and a cot. Those who know the story may guess this could cause a problem, given the power the cross supposedly has as a ward against vampires.

Those same people also may know that among the main reasons Dracula remains a figure with such staying power in literature and screen-based entertainment is his powers of seduction . . . and in the first chapter of "Dracula"  Moffat and Gatiss omit that entirely, which does no favors for Bang.

You might counter by pointing out what I mentioned above about the emphasis on vampires being gross, but in answer I would direct your attention to one of the most engaging performances of a revolting monster in modern times: Mads Mikkelsen's take on Hannibal Lecter.

The fact that Mikkelsen and Bang are both Danish actors is purely coincidental, by the way. What they do have in common is an innate and singular sex appeal each exudes apart from their roles. But where the writers of "Hannibal" played to Mikkelsen's natural magnetism, it feels as if Moffat and Gatiss are actively working what Bang brings to the table.

Instead of playing up Dracula's natural allure the pair load Bang up with dialogue that may have been intended to make him seem rakish or devil-may-care but instead make him come off as a completely full of himself – which, OK, fair point. Any man who wants to live forever and keeps three brides at a time probably has a humility deficit.

But a screenwriter can at least make him a likable rake. No such luck; at the end of "Dracula," I felt like Bang's performance makes him a shoo-in as Quagmire's wealthy, evil brother in a live-action version of "Family Guy." That's the script's fault, not that of the performer.

"Dracula" has one accomplishment to boast of, which is that it reminds devoted "Sherlock" fans that  this is the third New Year to pass without a new installment. It hasn't aired a new episode since 2017, and avid viewers can't quite let it go because it was never officially canceled.

Nor is it coming back any time soon: Cumberbatch is busy with other projects, including a "Doctor Strange" sequel, and Freeman is about to star in the FX comedy "Breeders" premiering this spring, so there's something to look forward to.

Despite the shroud of mystery surrounding Moffat and Gatiss' "Dracula," it is regrettable that the revealed product won't do much to slake our thirst for more of the pair's other better project. As for this, one swallow is about as much as we can stomach.