Puffins have learned to use tools, and I for one welcome our new avian overlords 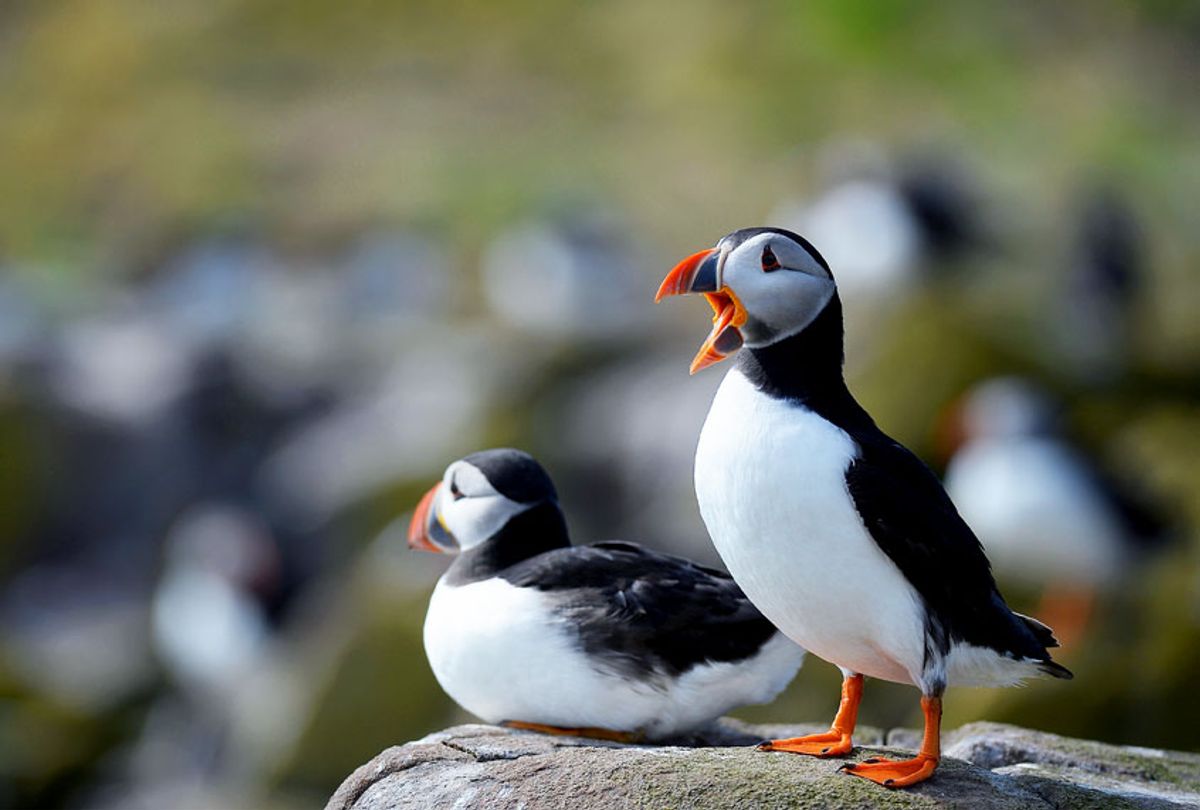 Crows are intimidating birds — not merely for their menacing stare, but because they are famously intelligent. Specifically, crows are able to use human tools to accomplish tasks. It was thought that crows were unique among birds in this regard; yet a new study suggests they are not alone among super-intelligent avians.

According to a recent study published in the journal Proceedings of the National Academy of Scientists of the United States of America, seabirds, specifically puffins, are tool-wielders too. In 2014, researchers from the University of Oxford and the South Iceland Nature Resource Centre studied puffins on Skomer Island off the coast of West Wales, and on Grimsey Island 25 miles off the north coast of the main island of Iceland.

During their observations, researchers found puffins were using sticks to scratch themselves. As noted in the study, puffins often have to suffer parasites like ticks on their bodies. Some of the observed birds appeared to have figured out that a stick could scratch hard-to-reach parts of their bodies. Any human that has ever used a back-itching scratcher can probably relate.

“More broadly, our findings provide evidence of true tool use in a seabird,” the study states. “This suggests tool use is rare in this group, but can no longer be considered absent.”

The evidence was recorded with a camera, the video from which can be viewed within the published study.

The authors note that the evolution of tool use “is one of the most enduring puzzles in behavioral biology.”

“Investigating the distribution of tool use across taxa is key to understanding its adaptive value and hence its evolution in the natural world, and ultimately to understanding the evolutionary history of our own species,” the authors state.

Puffins are seabirds that feed primarily by diving into the water. There have been no instances of tool use by seabirds observed until now.

Seabirds, in general, are in a bit of a dire situation. Researchers estimate that 90 percent of the world’s seabirds have pieces of plastic in their stomachs. In 1960, they estimate only 5 percent had plastic fragments in their stomachs.

A study published in August in the journal Environmental Science & Technology found that ingesting plastic seems to be altering the health and overall physiology of seabirds. For example, scientists found the studied birds experienced reduced blood calcium levels, body mass, wing length, and head and bill length. Scientists don’t know that this means for the outlook on the survival of seabirds.

“Ultimately, we don’t know what effect the changes in blood calcium or other components means for the birds, which might seem quite surprising,” Alex Bond, senior curator of birds at the Natural History Museum, explained to Salon in an email in August. “But because these birds spend their entire life at sea, we don’t know what ‘normal’ is. When people go for blood work, their results are compared against thousands or millions of other results to give an indication of health. We don’t yet have those data for most seabirds.”

The good news is that historically, seabirds have proven to be very resilient.

“Albatrosses can live 80 to 90 years, so they can spring back from one failure or disaster for a year or two,” Adam Nicolson, author of “The Seabird’s Cry,” said. “But the pace at which ocean systems are changing may be too much for those resilient systems to work.”

“One encouraging thing is that after the great extinction, 66 million years ago, when most life — including the dinosaurs — died, quite a few bird lineages survived,” he added.

As climate change causes ocean temperatures to rise and the ocean to acidify, a creative sci-fi writer might envision a scenario in which seabirds don sticks as weapons to overthrow the humans who have destroyed their habitats.