"Politics is politics, and it’s a really dirty game," McCain said of Graham's flip-flop on the impeachment trial 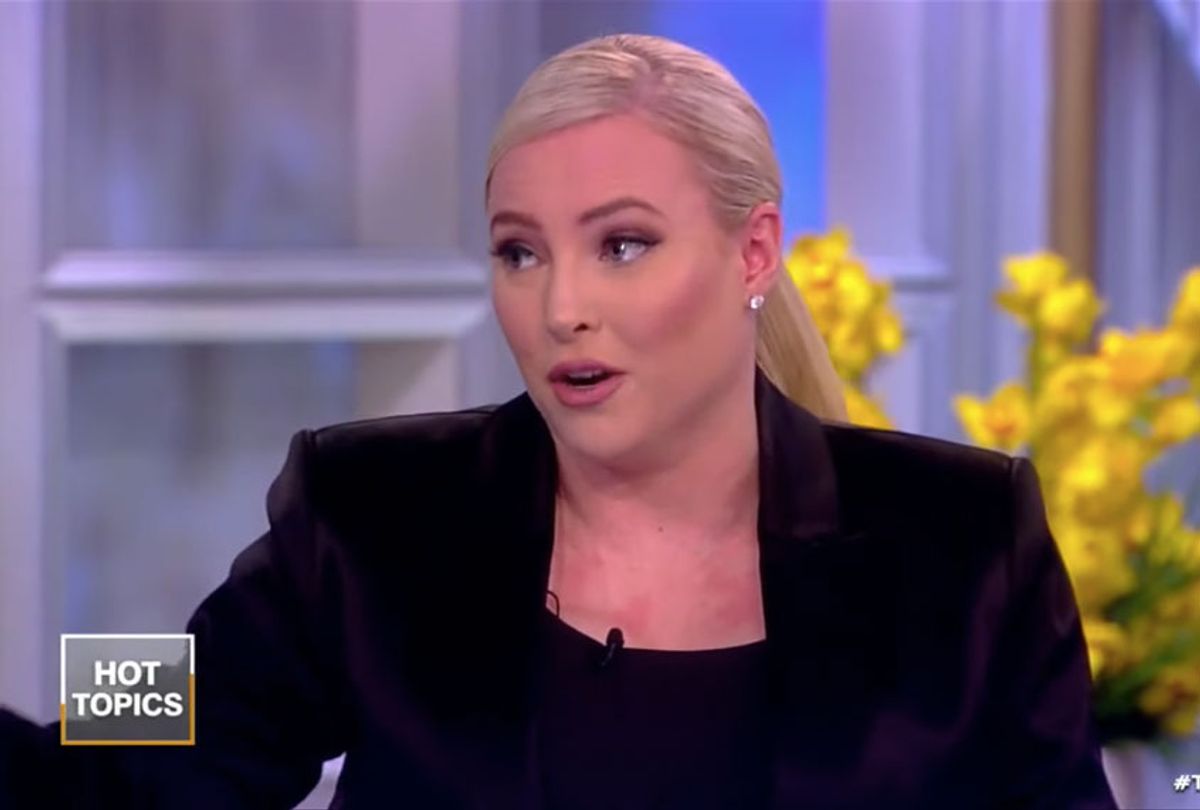 Sen. Lindsey Graham, R-S.C., called for witnesses in the Senate trial following President Bill Clinton's impeachment, but he now opposes doing the same for President Donald Trump. While the co-hosts of "The View" criticized the Republican for his flip-flop, Meghan McCain cited the "dirty game" of politics in an attempt to defend him.

The hosts played a clip of Graham demanding to hear from witnesses who "were there" and "in the middle of it" in January 1999 — a stark departure from his opposition to the Democrats' calls for witnesses at Trump's Senate trial.

"It's the difference between getting the truth, the whole truth and nothing but the truth," he said at the time.

"What happened?" moderator Whoopi Goldberg asked the panel. "If everyone is equal under the law, then if you're on trial, you got to have the witnesses."

"The law is the law," Goldberg retorted. "I've watched this man totally change his feathers, shockingly — and go for things he would not have stood for before . . . I don't think anyone is OK with pooping on the law."

Co-host Joy Behar suggested it was a political ploy, noting that since Graham has been "up [Trump's] butt" his "numbers have gone through the roof" in South Carolina.

"I will say, when it comes to Lindsey Graham, I think we can talk all day long about consciences in politics. My take on politics is a lot of people sway one way or another," McCain replied. "I think his take is: As long as he is influencing Trump in one way or another, he thinks that he can influence for his, you know, for the politics he thinks is best."

McCain agreed that Graham was "doing poorly" in the polls when he was "virulently anti-Trump," but now he "could probably more than handily win his election."

"It's easy to sit on a TV set, and say 'conscience' or whatever," McCain added. "Politics is politics is politics, and it's a really dirty game. And it's particularly dirty now when we could be going to war with Iran."

McCain claimed that she was not there to "talk about the ethics of it."

"I'm here to explain the politics of it," she said.

"I didn't realize that politics and ethics are two different things," Hostin retorted.

"So Lindsey Graham has no ethics?" Hostin asked.

"Well, shame on him, because I thought he was sworn to follow the Constitution," Hostin shot back. "And he is not doing that."

"Again, I know that everyone wants me to come on here and rip his you-know-what open," McCain said. "I can't. I won't. Stop asking me to do it."

"I'm happy to do it," Hostin said. "He's not following the Constitution."

You can watch more below: