Senator speaks out against President Trump's Iran strike: "The facts do not show an imminent threat" 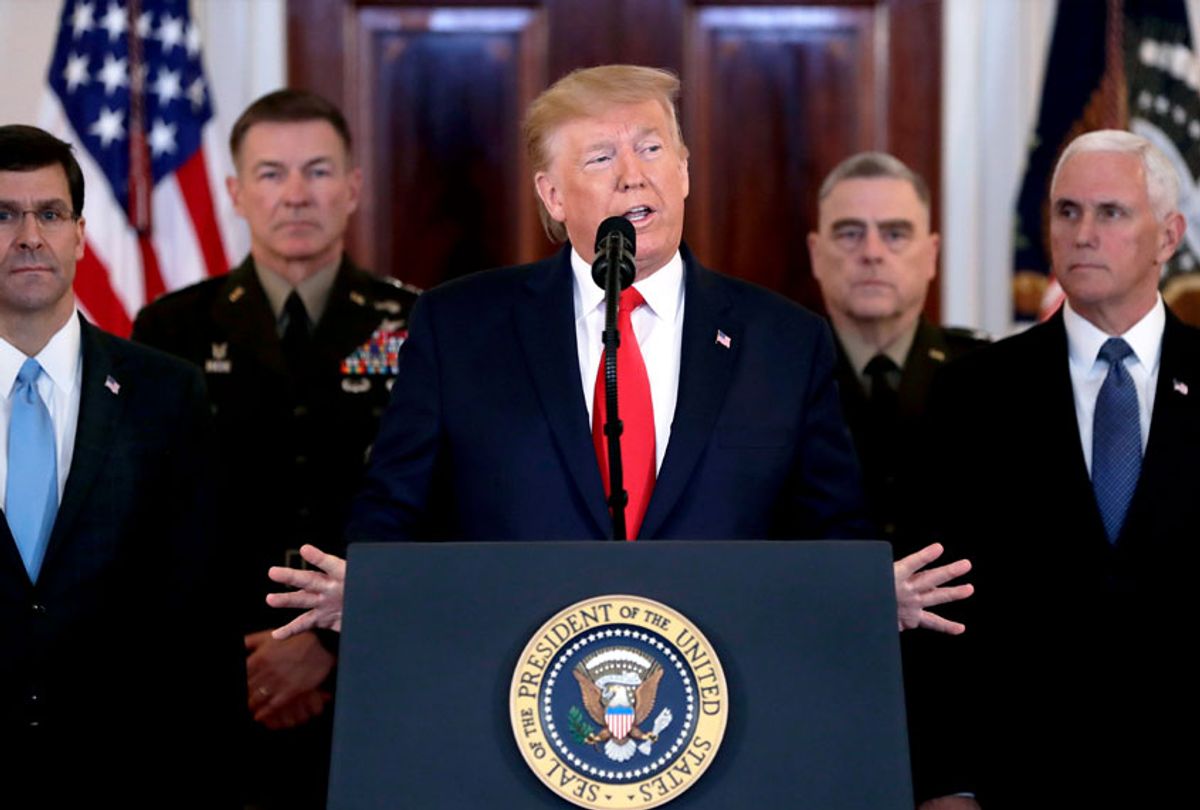 According to a report in Business Insider, the language in a memo distributed to U.S. senators by President Donald Trump attempting to justify the killing of Iranian military leader Qassem Soleimani is at odds with the administration’s previous justification of the need to act due to an “imminent threat.”

The report notes that Sen. Chris Van Hollen (D-MD) posted a tweet on Wednesday night — with a screenshot of the memo, parts of which were blacked out for security reasons — with an explanation by the senator that it not only fails to make the case, but undercuts it.

“Here’s the unclassified version of what Trump sent Congress after the hit on Suleimani,” Van Hollen wrote. ” From all we’ve seen, including the redacted parts here and the briefing, the facts do not show an imminent threat. We must pass a bill making clear Trump can’t start a war without a vote.”

As Business Insider notes, “The justifications for killing Soleimani, as stated in the [administration] letter, appear at odds with the Trump administration’s repeated claims that it directed the strike because of ‘imminent threats to American lives,’ according to the Departments of Defense and State.”

“Defense Secretary Mark Esper also said on Tuesday that the US decision was made to preempt an Iranian attack on US targets within days, and National Security Adviser Robert O’Brien said Soleimani was ‘plotting … to attack American facilities and diplomats,” the report continues. “Trump’s memo to the Senate, however, cited ‘an escalating series of attacks in recent months’ by Iran and its regional armed allies, but did not explicitly mention an ‘imminent threat.'”

Business Insider adds, “Multiple Democratic and a few Republican lawmakers publicly criticized the letter, with many highlighting the lack of evidence of a specific, ‘imminent threat’ to the region.”