For babies born into addiction, punishing the mother is no cure 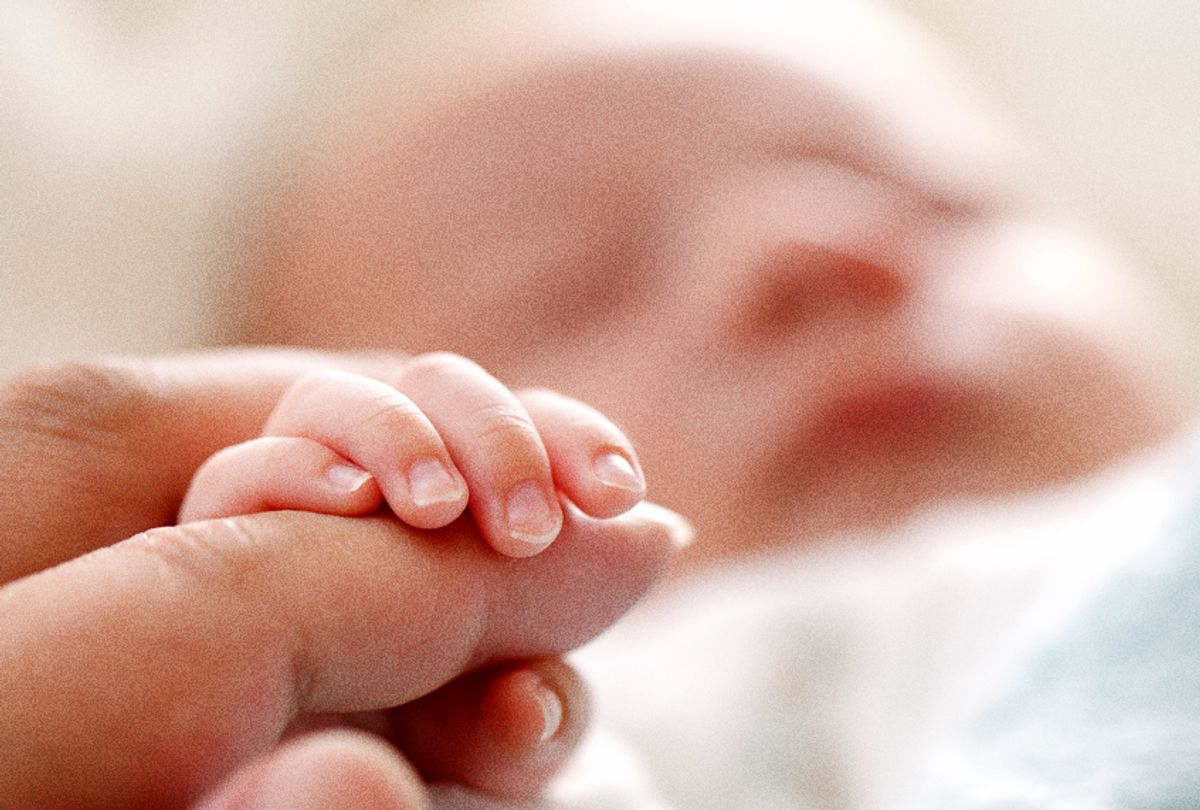 The statistics are heartbreaking. Each year in the U.S., about 32,000 newborns are diagnosed with neonatal abstinence syndrome, a form of withdrawal that can result from in utero exposure to a number of drugs taken by the mother during pregnancy. Opioids — both prescribed and illegal — are among the most common culprits. These medications can be necessary, even life-saving, but that doesn’t make the resultant NAS any easier to watch: Newborns who suffer from the syndrome may exhibit tremors, irritability, hyperactive reflexes, high-pitched crying, and other symptoms.

But drugs are not solely to blame for the prolonged suffering many of these infants experience. The way NAS cases are handled also has a profound impact on their severity, and often leads to negative outcomes. Health care providers and law enforcement authorities have historically separated these fragile babies from their mothers, doling out severe punishments to the latter. Although there is a growing awareness that change is needed, many hospitals still use outdated approaches — and child welfare agencies are particularly behind the times in this arena. Recent studies suggest that policies that place blame on mothers only heighten a newborn’s suffering by preventing infants from accessing potent care for reducing withdrawal symptoms: contact with mom.

Misperceptions about opioid addiction, dependency, and NAS are woven into the very fabric of U.S. and state law. In order to receive federal funding for child abuse prevention, health care workers are required to report substance-affected newborns to Child Protective Services. Additionally, states can require health care providers to report or test for drug exposure during pregnancy. In many cases, mothers are reported even if the exposure is the result of prescribed methadone or buprenorphine — opioid-based drugs commonly used to treat addiction.

According to the Guttmacher Institute, a research group that advocates for reproductive rights, in 23 states and the District of Columbia, drug use during pregnancy is considered child abuse, sometimes irrespective of whether a substance was prescribed, or whether the mother had reasonable access to evidence-based addiction treatment. A recent study from the RAND Corporation discovered that states that adopted punitive policies for pregnant women who use drugs actually saw increased rates of newborn withdrawal, suggesting that these policies end up harming the very infants they seek to protect.

Even when the law does not conspire to separate mother and child, health care providers often do. It’s common medical practice to send opioid-exposed newborns to the neonatal intensive care unit, where they are drenched in bright light, surrounded by loud noises, and separated for long stretches from their families. Mothers facing neglect or abuse charges can be barred from visiting their babies altogether, unless supervised by a social worker.

But the science suggests that these interventions, which limit a baby’s time with mom, may be counterproductive. Studies have shown that maternal contact, breastfeeding, and rooming-in with mom helps reduce symptoms in opioid-exposed newborns.

“Babies need their mothers,” says John McCarthy, an associate professor of psychiatry at the University of California, Davis who for over 40 years has worked with pregnant patients undergoing methadone and buprenorphine treatments. He adds that babies exposed to opioids in the womb “especially need the mothers because they’re vulnerable to withdrawal and the mother can help minimize withdrawal.”

Researchers at the Yale School of Medicine, Children’s Hospital at Dartmouth-Hitchcock, and Boston Medical Center have recently developed a treatment approach designed to prevent unnecessary separation of mothers from newborns with NAS. Called “Eat, Sleep, Console,” it considers introducing medication only when a newborn fails to eat well, cannot sleep for more than an hour at a time after feeding, or has crying spells that can’t be consoled within 10 minutes. Even then, nurture-based interventions like swaddling, on-demand feeding, and maternal contact are preferred over other treatments. Low doses of morphine are administered only as needed. By contrast, conventional guidelines for treating NAS, including common interpretations of the popular Finnegan Neonatal Abstinence Scoring System, escalate more quickly to pharmacological interventions.

In a preliminary study of 50 opioid-exposed newborns, the Eat, Sleep, Console method showed promise. Says Matthew Grossman, a Yale University pediatrician and one of the study’s authors, “When we started doing this, the babies going through withdrawal had an average length of stay of 22 and a half days. 98 percent received morphine.” In the four years since they’ve adopted the Eat, Sleep, Console method, he says, the average length of stay has fallen to just six days, and only 10 to 15 percent of NAS patients received doses of morphine.

Eat, Sleep, Console is gaining some traction and has reportedly been implemented at hospitals in North Carolina, Massachusetts, and California. Even some hospitals that still use the Finnegan scale are increasingly allowing mothers to room-in with their infants. Some hospitals use volunteer cuddlers, who hold distressed babies when family cannot be present.

Nonetheless, many hospitals and child welfare agencies continue to engage in practices that defy the science of opioid addiction and its treatment — practices that are punitive even to mothers participating in doctor-supervised rehabilitation programs. According to one mother in Massachusetts, her enrollment in a treatment program was used as a gateway to cite past substance use and mental health issues as the basis for neglect charges.

To Loretta Finnegan, a neonatologist who has worked with opioid-exposed newborns and their mothers for over 50 years and who developed the Finnegan scale for assessing NAS, the stigmatization of mothers undergoing treatment is unfair. “When I would write testimonies, I would say the baby went through withdrawal because the mother is on methadone and the withdrawal is basically a side effect of medication that the mother has been prescribed by a licensed physician, so therefore [child services] should not say that this mother has harmed or abused the baby,” she says.

In New Jersey, where she has provided expert testimony on behalf of mothers, Finnegan has worked hard to impress upon state authorities that NAS is a normal side-effect of some medication usage and should not be considered abuse for women who are in treatment. In 2014, the New Jersey Supreme Court ruled that withdrawal from prescribed methadone could not be the sole basis for a child maltreatment charge. But the ruling doesn’t do anything to preserve the mother-child dyad when opioid treatments are used without a prescription.

There are instances, Finnegan says, where a mother may not want to see a doctor for treatment and ends up buying buprenorphine on their own. “Those cases are really difficult,” she says, “because the state considers that as illegal drug use.” But she acknowledges there are often legitimate reasons why a mother might be driven to buy non-prescribed medications on the black market. “Some mothers just don’t have the money to go for treatment. Some mothers live too far away, some women go to a program and they say ‘We don’t take pregnant women’ because they don’t have the backup from the standpoint of having a medical doctor and they don’t want the liability.”

Fallon Speaker, an assistant clinical professor and director of the Jeanette Lipman Family Law Clinic at the University of Richmond School of Law, is troubled by some jurisdictions’ narrow focus on drug use, rather than harm or risk of harm to the child. “Many of my clients were active users but created zero risk to their children — as oftentimes acknowledged by courts or the child welfare agency,” she says. “However, the policy was zero tolerance.”

This dogmatic emphasis on substance-free bodies ignores medical science, and can push mothers to take unsafe risks. One mother, Keri Ballweber, who I interviewed while researching a story for the digital magazine Filter, told me she purchased several months’ supply of buprenorphine while she was pregnant and unable to access formal treatment for her heroin addiction. She tapered herself off buprenorphine over several months — which is not medically recommended during pregnancy — to avoid detection when she gave birth. Ballweber was lucky; her baby was born full term and healthy, with no withdrawal symptoms. But the fact that she had to take such a dangerous measure shows how the credible fear of punishment can deter women from getting appropriate care and encourage risky self-medication.

There’s no question that the politics of drug addiction have a contentious history in the United States. Many people still view drug misuse as a moral failing, including policymakers and even some treatment professionals. It’s particularly easy to become enraged by the thought of a newborn spending her first days of life enduring the torment of opioid withdrawal. But that rage shouldn’t fuel policy.

The fact is, maternal connection and bonding during a baby’s first days is healthy for both the mother and the child. This is true regardless of whether a child was exposed to prescription or non-prescription drugs. Biology doesn’t care about legality; a mother’s touch is just as soothing for an infant withdrawing from illegal opioids as it is for a baby withdrawing from legal ones.

Punishing and shaming mothers who struggle with substance use disorders serves only to diminish their self-esteem and inflict emotional trauma. Or, as UC Davis’s McCarthy bluntly puts it, “Don’t separate mother and baby. If you do, the baby will get worse.”