The eight-part adaptation of the author's unfinished novel makes its two-hour premiere on Sunday, Jan. 12 on PBS 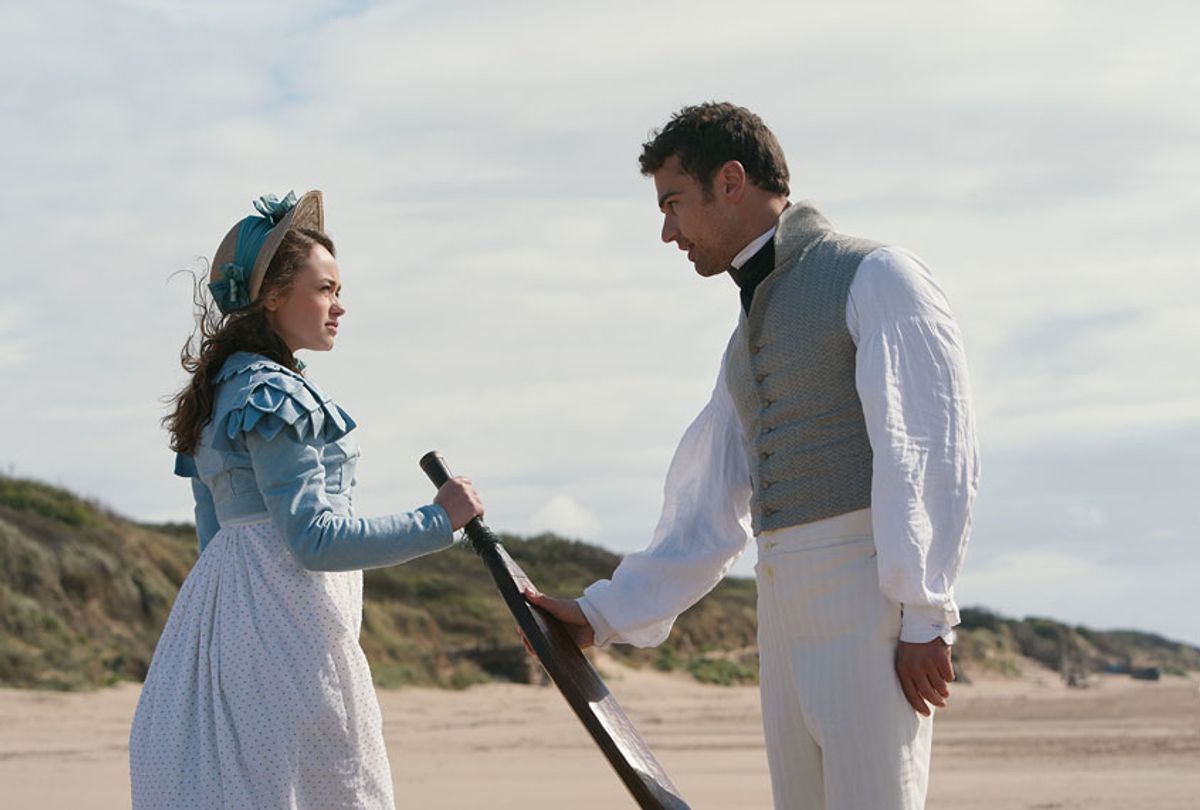 Jane Austen's works have weathered many creative adaptations – from the "Clueless" high school twist on "Emma" to the numerous Hallmark Channel versions of "Pride & Prejudice" (one set in the world of dog shows!). The new eight-hour PBS "Masterpiece" adaptation of the author's unfinished novel, "Sanditon," might be the most controversial.

It's not just that it dares to criticize British imperialism and racism, but it also explicitly refers to and even depicts sexual acts. This is not your mother's polite Regency comedy of manners. Frequent "Masterpiece" screenwriter Andrew Davies – who's behind the revered "Pride & Prejudice" miniseries adaptation starring Colin Firth and Jennifer Ehle – understands that Austen purists might be scandalized. He feels, however, that sexuality and illicit behavior have always been integral to her works, albeit in an implicit fashion.

"I think that all the kinds of shocking sexual things that happen, like the seduction of school girls, happened in Austen but they happen off-screen, and you just hear about them," Davies told Salon. "But of course I like to make juicy things happen on-screen."

"Sanditon" doesn't waste much time in setting that risqué tone. In the series' first episode, poor but plucky Charlotte Heywood (Rose Williams) is invited to summer with the ambitious Parker family in the growing seaside town of Sanditon after helping them in their hour of need. There, she meets the wealthy widow Lady Denham (Anne Reid) and her various relatives hoping to inherit. It's when Charlotte is walking around Lady Denham's Sanditon House grounds that she spies a man and woman in the garden engaging in an intimate activity.

"In this [novel] fragment that Jane Austen actually wrote, Charlotte sees an ambiguous scene ... and I'm laughing because in the way that they filmed it, it's less ambiguous than I thought it was going to be," Davies said. "The shot was from so far off that I thought especially people watching it on a very small screen wouldn't be able to tell who they were. But in fact, not only can you tell who they were, you can tell exactly what they're doing.

"But, what the hell, you know? It's the kind of thing that, you know, gets people talking and watching the second episode."

This is by no means the only bit of sexual activity in the series, and star Theo James, who plays the second-eldest Parker brother Sidney, feels that the update is needed.

"With the constant evolution of TV and how audiences are evolving, they expect more and understand more," he said. "One thing I wanted to be mindful of is not falling into period drama tropes, and I hope that's not happened. I wanted to constantly remind myself that although they're dressed up in their finery, and although the language is delicious and eloquent, they're also human beings.

"They smoke and swagger and swear and make mistakes and f**k. And they do everything that we all do. Sometimes with period drama, there's a period drama way of being. And I wanted to kind of push against that and make it feel as natural as possible," he continued. "I mean, some people would have been virgins until they got married but other people they wouldn't've. All that stuff was happening. I think it's a natural time to be able to slightly push boundaries as long as it's not in salacious way."

Despite the series' more blatant treatment of sexuality, PBS hasn't entered premium-cable territory. There's no full frontal nudity involved, although there are plenty of swimming scenes, which does include some cheeky posterior skin from the male actors. That didn't bother James as much as the realities of what wasn't shown on screen.

"It was challenging because we shot half it in the winter so it was f**king cold," said James. "There's a lot of swimming couple of scenes in Episode 2 and 3, and that was debilitating to manhood, shall we say?"

All of this bracing activity creates some intriguing seaside scenes between Sidney and Charlotte. Fortunately, the protagonist isn't just plucky but rather practical and unflappable. Her character is one of the least changed from Austen's original writing.

"Charlotte was was perfect – the eldest of a family of 12. She's already enjoying quite a lot of responsibility and having a pretty high opinion of her own abilities to manage life," said Davies. "So that's ideal for giving her a few shocks."

Williams agrees. "There's an obnoxiousness to her. I think she's so certain upon her judgments, but they aren't really based upon any experience. Her fierce opinions are often misunderstandings of a situation."

Naturally, part of that misinterpretation extends to the haughty Sidney Parker, whose first real conversation with Charlotte turns into a harangue at a ball, which creates a barrier to their attraction to each other initially.

"Charlotte and Sidney align with the classic Austen 'will they, won't they' [couple], misnderstanding each other, but coming to understand that there's more to the other, being humbled by realizing that they were perhaps wrong in their initial judgment," said Williams. 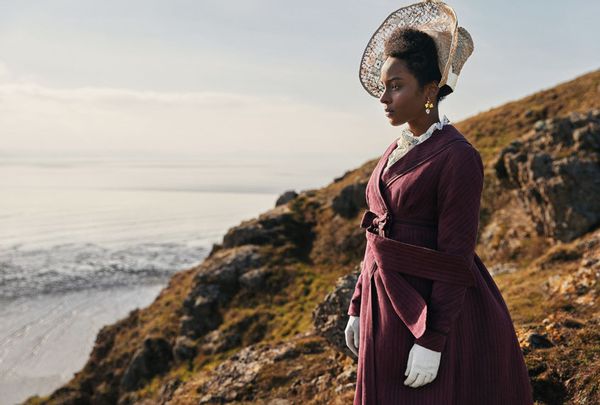 Part of their misunderstandings revolve around Miss Georgiana Lambe (Crystal Clarke), the 17-year-old mixed-race heiress from the West Indies who just happens to also be Sidney's ward. In Austen's original novel fragment, Miss Lambe is introduced in conversation only but never really interacts with the characters. In PBS' "Sanditon," Georgiana takes part in all of the town's activities, including the ball and a special luncheon that Lady Denham throws in her honor.

"We never we never actually meet her [in the original writing], but we learn she is what Austen describes as 'mulatto,' which means that she would have had white father, who would probably be the slave owner who must have married his favorite slave. [Georgiana] has a fortune, which which makes her an eligible someone to be reckoned with," said Davies.

"We thought we'd make Sidney a good friend of Miss Lambe's father and had undertaken to look after her out of friendship and then finds it a very irksome duty because Miss Lambe is not easy ward. She's rebellious, doesn't like the climate, and doesn't like being bossed about."

"Sanditon" doesn't shrink from some of the racist comments thrown Miss Lambe's way, nor does it ignore the slavery and exploitation inherent in the British presence in the West Indies. But Davies also makes Lambe more than just a political character by having her befriend Charlotte.

"She would be a natural companion and friend for Charlotte who is similarly independent and also very protective towards somebody she thinks is getting bullied as the subject of prejudice," said Davies. "Neither of them takes well to being bossed about by Lady Denham nor will accept her assumptions that they're just in the town to find husbands. They're quite indignant about this."

Charlotte also benefits from her association with Georgiana, who opens her eyes to some of the realities of the world that she's been shielded from through an incomplete rendering of history. For this reason, Williams feels that Charlotte stands in for viewers who may have also accepted the predominantly all-white depiction of Europe in period dramas.

"There were wealthy, black, British, Asian, Moorish people that came to Britain working and going back to the 1500s. There were very wealthy, of the world, people of color throughout history, but we just haven't been culturally exposed to those stories," said Williams. "As Charlotte is the audience's eyes, it's important that there's an education for her through Miss Lambe."