James Murdoch is "disappointed" with the company's climate denial, "given obvious evidence to the contrary” 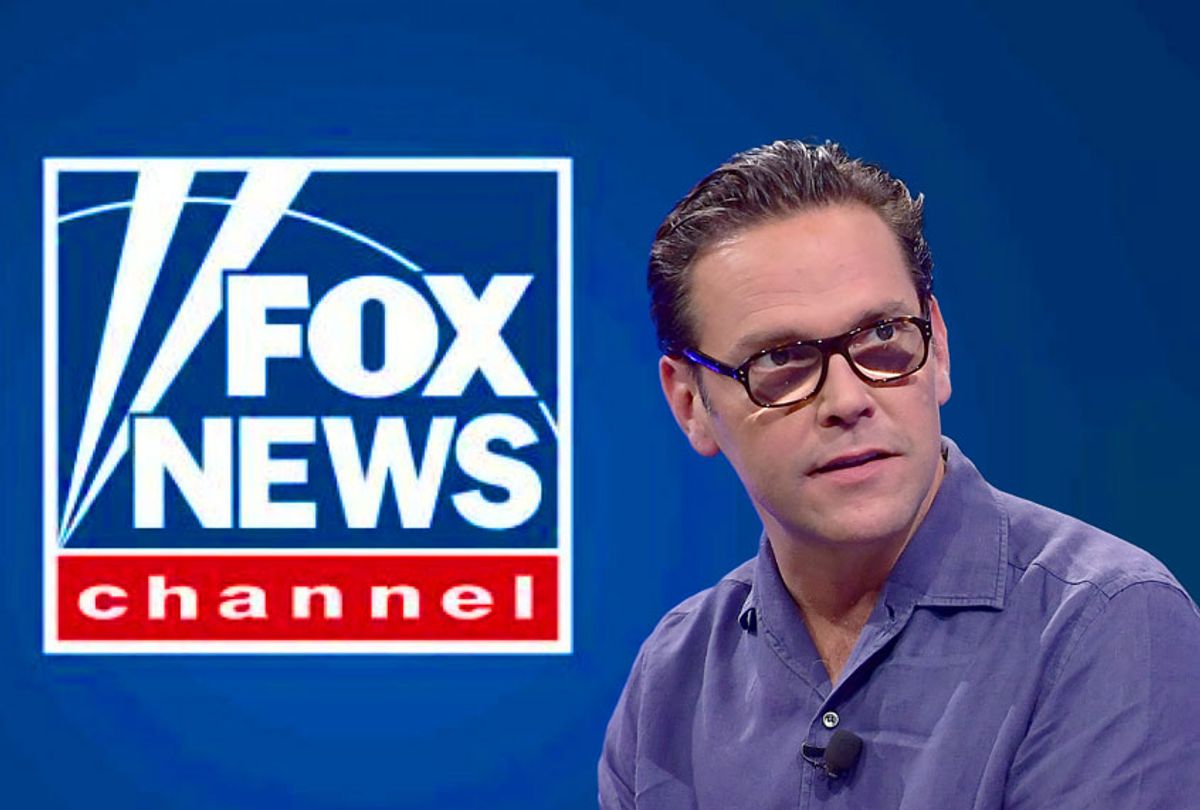 James Murdoch, who previously said he disagreed with some of the views expressed on Fox News, issued a joint statement with his wife to The Daily Beast knocking the cable network and other News Corp outlets for denying the facts of climate change while covering the Australian fires.

"Kathryn and James' views on climate are well-established, and their frustration with some of the News Corp and Fox coverage of the topic is also well known," the statement said. "They are particularly disappointed with the ongoing denial among the news outlets in Australia, given obvious evidence to the contrary."

The fires in Australia have killed at least 27 people and destroyed thousands of properties. An estimated 1 billion animals are feared dead in the blaze.

James Murdoch left his role at the company last year after the Murdochs merged most of their 21st Century Fox empire with Disney. But the Murdochs remain in control of News Corp, which owns hundreds of media outlets, including 140 newspapers in Australia. James Murdoch is still on the board of the company.

A longtime News Corp executive told The Daily Beast that the rare statement suggests growing tensions between James Murdoch and his family.

"They are pissing inside the tent, and that's unusual. It's evidence of how high tensions are within the family over climate change," the executive said. "The majority of people who work here agree with James. We are hoping this may be the tipping point."

The statement arrives as News Corp outlets have come under heavy criticism for denying the science of climate change, to which experts have linked the fires in Australia.

"Let's assume you're silly enough to think global warming is causing worse bushfires around the world. (In fact, a recent NASA study found that the area burned by fire has dropped 24 percent over 18 years.)" he wrote. "True, the world has warmed slightly as it rebounds from the little ice age that stretched from 1300 to around 1870, but can we cool it on this panic? In that time of warming, life expectancy has shot up, world grain crops have set new records and the death rate from extreme weather has been slashed by 99 percent."

Fox News has cast doubt on the science, as well. Earlier this month, Fox News contributor Raymond Arroyo cited the arrests of a dozen people accused of arson in Australia to suggest people "blaming it on climate change" were "wrong again," despite official statements downplaying the role of arson in the fires.

Primetime host Laura Ingraham dismissed the "climate-change flameout" as "celebrities in the media" pressing "the narrative that wildfires in Australia are caused by climate change," when it has been climate scientists who have been sounding the alarm.

"Within the Australian division, there are individuals who are obsessed with climate-change denialism, such as Andrew Bolt and Terry McCrann, both of whom are 30-year veterans of the company and are close to Rupert and Lachlan. The failure here is a failure to intervene to withdraw the green light for unhinged denialism within the Australian division," he told The Daily Beast. "It entirely comes down to Rupert and Lachlan. They are equally conservative and fully on board with everything from Fox News to climate-change denialism."

The Australian published an editorial saying its coverage has been "willfully and ineptly misrepresented" as climate denial, while News Corp Australia said it stands by its own.

Even as their outlets cast doubt on climate science in their coverage, News Corp and the Murdochs announced they would donate millions to fire relief efforts.

"It is clear that confronting the bushfire disaster in Australia requires both an immediate response and an ongoing investment in rebuilding the lives and livelihoods of those most affected by the fires across the country," Rupert Murdoch said in a statement.

"There hasn't been a Republican answer on climate change," she said. "There's just been denial and walking away from the problem. There needs to be one."

James Murdoch told The New Yorker last year, "There are views I really disagree with on Fox."

Murdoch is not the only News Corp official to speak out about the coverage. Emily Townsend, a staffer at the company, sent an all-staff email to News Corp Australia Executive Chairman Michael Miller last week.

"I have been severely impacted by the coverage of News Corp publications in relation to the fires, in particular the misinformation campaign that has tried to divert attention away from the real issue, which is climate change to rather focus on arson (including misrepresenting facts)," she wrote. "I find it unconscionable to continue working for this company, knowing I am contributing to the spread of climate-change denial and lies."

"The reporting I have witnessed in The Australian, The Daily Telegraph and Herald Sun is not only irresponsible but dangerous and damaging to our communities and beautiful planet that needs us more than ever to acknowledge the destruction we have caused and start doing something about it," she continued.