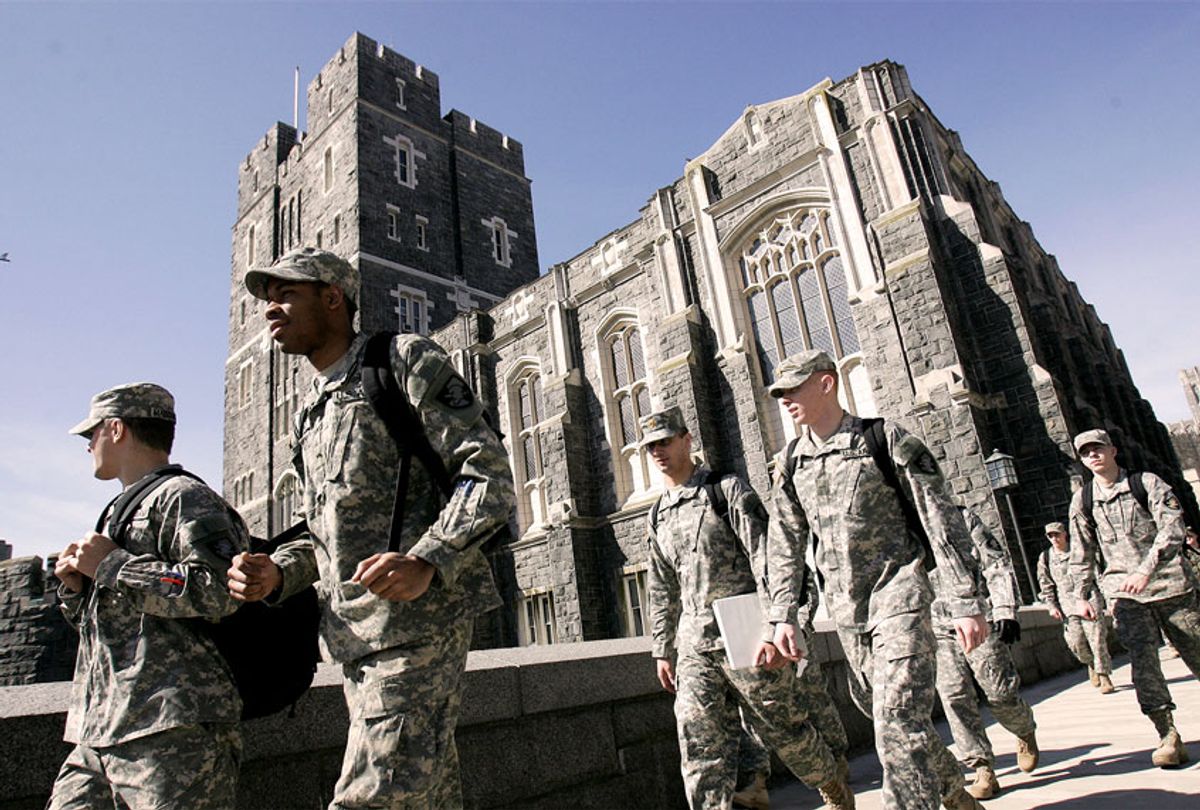 "Diamond Foxxx agreed to go to Y dubs with me if I can pay for her plane ticket and hotel room," posted the unidentified cadet, who went by the username "Mr. Krabs." "Problem is I'm on the yuk payroll and I have no money. Please help a young boy's dream come true."

According to Task & Purpose, the crowdfunding campaign raised a number of potential ethics concerns, including that members of the U.S. military are not permitted to use their official positions to solicit money.