"The magnitude and scale of this failure has no precedent," the lead author of the study said in a statement 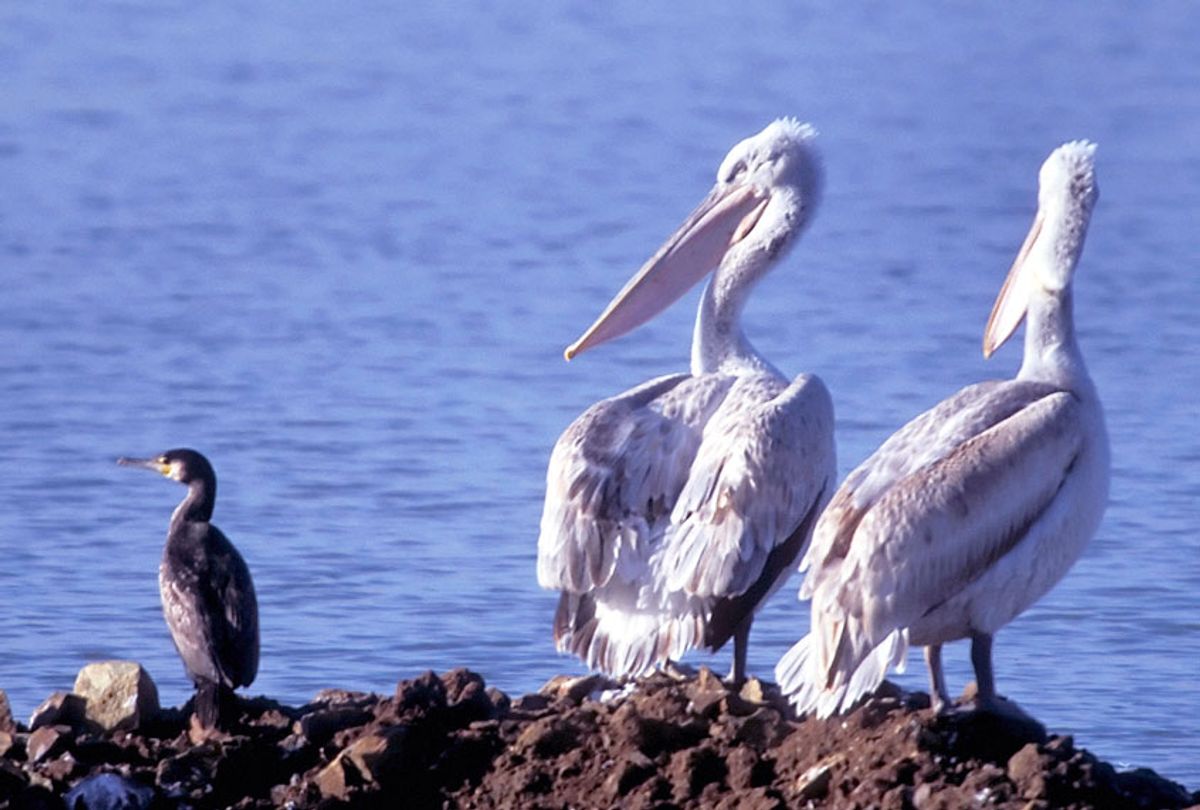 On the heels of new research showing that the world's oceans are rapidly warming, scientists revealed Wednesday that a huge patch of hot water in the northeast Pacific Ocean dubbed "the blob" was to blame for killing about one million seabirds.

The peer-reviewed study, published in the journal PLOS ONE, was conducted by a team of researchers at federal and state agencies, conservation groups, and universities. They tied the mass die-off to "the blob," a marine heatwave that began forming in 2013 and grew more intense in 2015 because of the weather phenomenon known as El Niño.

"About 62,000 dead or dying common murres (Uria aalge), the trophically dominant fish-eating seabird of the North Pacific, washed ashore between summer 2015 and spring 2016 on beaches from California to Alaska," the study says. "Most birds were severely emaciated and, so far, no evidence for anything other than starvation was found to explain this mass mortality. Three-quarters of murres were found in the Gulf of Alaska and the remainder along the West Coast."

Given that previous studies have shown "that only a fraction of birds that die at sea typically wash ashore," the researchers put the death toll closer to a million.

"The magnitude and scale of this failure has no precedent," lead author John Piatt, a research biologist at the U.S. Geological Survey's Alaska Science Center and an affiliate professor at the University of Washington, said in a statement. "It was astonishing and alarming, and a red-flag warning about the tremendous impact sustained ocean warming can have on the marine ecosystem."

A New Study About the Death of 1 Million Seabirds Should Scare the Crap Out of You #ClimateReality #ClimateActionhttps://t.co/7A17ZEGV1x pic.twitter.com/OJ01VIGlxP

Piatt and study co-author and University of Washington professor Julia Parrish explained that the team believes the blob—which spanned hundreds of miles—limited food supply in the region, leading the birds to starve.

"Think of it as a run on the grocery stores at the same time that the delivery trucks to the stores stopped coming so often," Parrish said. "We believe that the smoking gun for common murres—beyond the marine heatwave itself—was an ecosystem squeeze: fewer forage fish and smaller prey in general, at the same time that competition from big fish predators like walleye, pollock, and Pacific cod greatly increased."

Piatt added that "food demands of large commercial groundfish like cod, pollock, halibut, and hake were predicted to increase dramatically with the level of warming observed with the blob, and since they eat many of the same prey as murres, this competition likely compounded the food supply problem for murres, leading to mass mortality events from starvation."

According to CNN, which reported on the study Thursday:

The blob devastated the murres' population. With insufficient food, breeding colonies across the entire region had reproductive difficulties for years afterward, the study said. Not only did the population decline dramatically, but the murres couldn't replenish those numbers.

During the 2015 breeding season, three colonies didn't produce a single chick. That number went up to 12 colonies in the 2016 season — and in reality it could be even higher, since researchers only monitor a quarter of all colonies.

Thomas Frölicher, a climate scientist at the University of Bern in Switzerland who was not involved in the new study, discussed the blob's connection to the human-caused planetary emergency with InsideClimate News.

"It was the biggest marine heatwave so far on record," said Frölicher, who noted that such events have doubled in frequency over the past few decades. "Usually, we are used to heatwaves over land. They are much smaller in size, and they do not last as long. In the ocean, this heatwave lasted two or three years."

"What that means is that in some regions, they will become permanent heatwaves," he added. "This gives us some insight into the future."

A severe marine heatwave in the Pacific Ocean killed almost a million seabirds. Our survival depends on drawing down greenhouse gas emissions. https://t.co/F9r9xBtlyr

The study—which its authors expect to inform research on other mortality events related to marine heatwaves—was published just weeks after University of Washington scientists found what some have called "the blob 2.0" forming in the Pacific. That discovery came as "quite a surprise" to those researchers.

University climatologist Nick Bond told local media that "the original blob was so unusual, and stood above the usually kind of variations in the climate and ocean temperatures, that we thought 'wow, this is going to be something we won't see for quite a while.'"