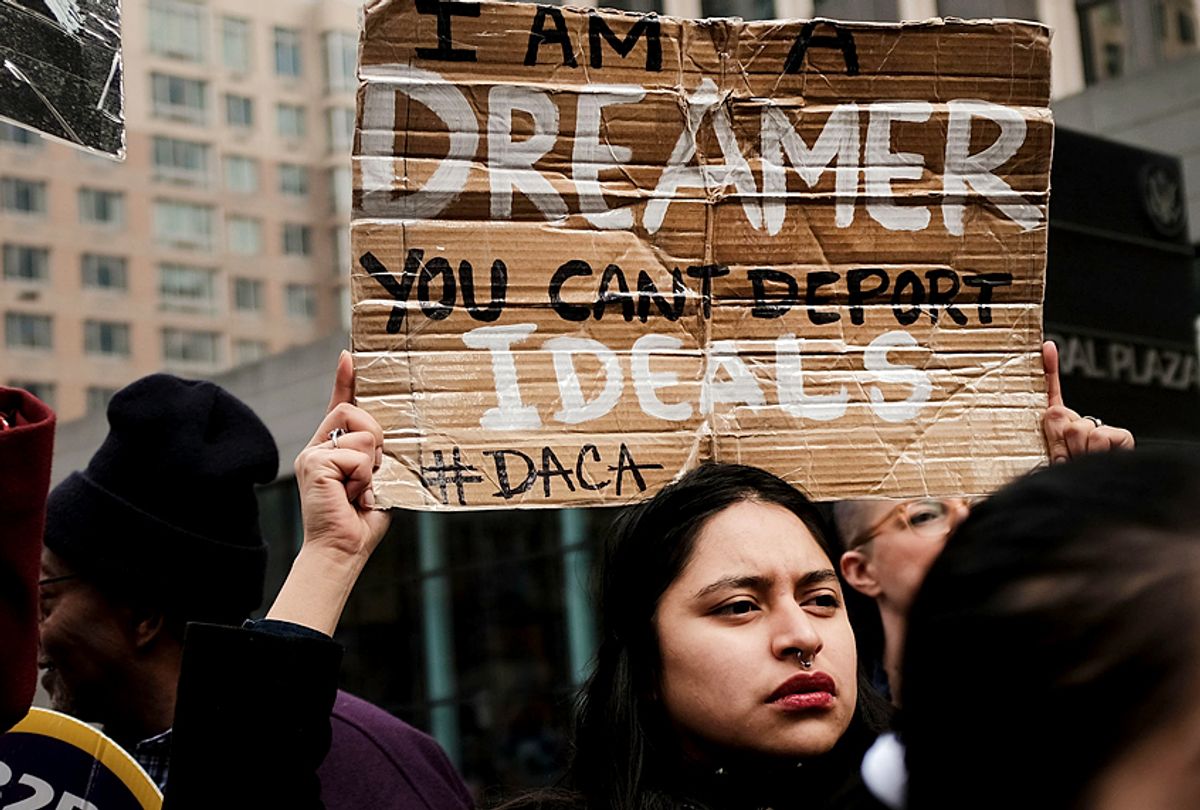 The fate of 700,000 people facing deportation may hang on a new question facing the U.S. Supreme Court: Is the White House legally obligated to tell the whole truth when justifying its actions?

In November, justices heard arguments over the administration's decision to rescind Deferred Action for Childhood Arrivals, or DACA. This Obama-era provision halted the deportation of undocumented immigrants brought to the U.S. at an early age, often referred to as Dreamers. A ruling is likely to come late this spring.

The case in front of the court is not about whether the president of the United States has the authority to rescind DACA. All of the parties involved agree that he does. The actual question reflects the current politics of what has been called the post-fact era: Under American law does the executive branch have to give complete and accurate reasons for its actions?

From my perspective as a scholar of constitutional politics, this is a provocative question with broad ramifications. If the answer is "yes," it could usher in a new era in which the Supreme Court and many lower courts judge the evasion or candor of public officials. A "no" could give carte blanche to the executive branch to avoid public accountability and offer less-than-full reasons for doing what it does.

The core of the case became clear during oral arguments in November.

Advocates for DACA recipients and the government both seemed to agree that the court's role is only to determine if the procedure the Trump administration followed was adequate under congressional laws, especially the Administrative Procedure Act. The case is about procedure, not policy.

Perhaps the key exchange in a fascinating set of arguments occurred when Justice Brett Kavanaugh framed the situation bluntly to Ted Olson, the advocate for DACA recipients:

JUSTICE KAVANAUGH: Do you agree that the executive has the legal authority to rescind DACA?

JUSTICE KAVANAUGH: Okay. So the question then comes down to the explanation.

Trump's position on Dreamers has shifted over time. In the early days of his presidency, he told reporters that he would show "great heart" over the issue, adding that there were some "absolutely incredible kids" in the program.

But by the fall of 2019, Trump was portraying Dreamers in a different light, suggesting that "some are very tough, hardened criminals."

Many of the people in DACA, no longer very young, are far from "angels." Some are very tough, hardened criminals. President Obama said he had no legal right to sign order, but would anyway. If Supreme Court remedies with overturn, a deal will be made with Dems for them to stay!

Different explanations for his decision to rescind DACA were heard by the Supreme Court.

The administration argued that DACA was unconstitutional to begin with, on the grounds that the executive order from President Obama exceeded executive authority.

Advocates for the DACA recipients offered alternative explanations. They argued that the White House is willing to accept the high costs to so many current residents in order to achieve their political goal of reducing the number of unauthorized immigrants. Or as Justice Sonia Sotomayor phrased it, this is a "political decision" that "is not about the law; this is about our choice to destroy lives."

Others have said the administration is using DACA as a bargaining chip for other legislative goals, including funding for the border wall.

If the administration is doing this for partisan and policy reasons, whether DACA is constitutional or not, are they legally bound to be honest in explaining why?

Justice Elena Kagan, perhaps the most likely of the four liberal justices to join a conservative majority, asked the key question: "Well, what would an adequate explanation look like?"

Justice Ruth Bader Ginsburg suggested the answer should be, "We don't like DACA and we're taking responsibility for that, instead of trying to put the blame on the law."

Justice Stephen Breyer asked an important question for the legacy of the ruling: "What's the point?" In other words, why make the administration say what everyone already knows — that it opposes DACA and is not moved by the human cost of deportation?

The answer came from Michael Mongan, advocate for the University of California where around 1,700 Dreamers study. He argued that the reason to reject the Trump administation's actions is that "they have not made a decision that actually takes ownership of a discretionary choice to end this policy … so the public could hold them accountable for the choice they've made."

The point is democratic accountability. If the executive branch is forced to make full and honest admissions, then voters can judge elected officials accurately.

…so, help us Chief Justice Roberts

In their deliberations on whether the administration has to be fully forthcoming in explaining its actions, the justices have a recent precedent established by Chief Justice John Roberts.

Last year when the Supreme Court rejected the Trump administration's effort to put a citizenship question on the 2020 census, Roberts argued that if the executive branch advances dishonest arguments, the court would not accept them. The phrases Roberts used included "pretext," "contrived," and "a story that does not match the explanation." In common language, that means lying.

Roberts' assertion in the census case met with deep disdain from Justice Clarence Thomas, who wrote: "For the first time ever, the court invalidates an agency action solely because it questions the sincerity of the agency's otherwise adequate rationale."

The point was put even more bluntly by Justice Samuel Alito, who wrote that the federal judiciary had "no authority to stick its nose into" whether reasons given by the administration were the "only reasons" or the "real reasons."

DACA advocates are now asking Justice Roberts to extend his ruling on the census case to encompass a broad demand for executive candor. The long-term legacy of the case may be whether the Supreme Court led by John Roberts agrees to become an arbiter of public honesty.