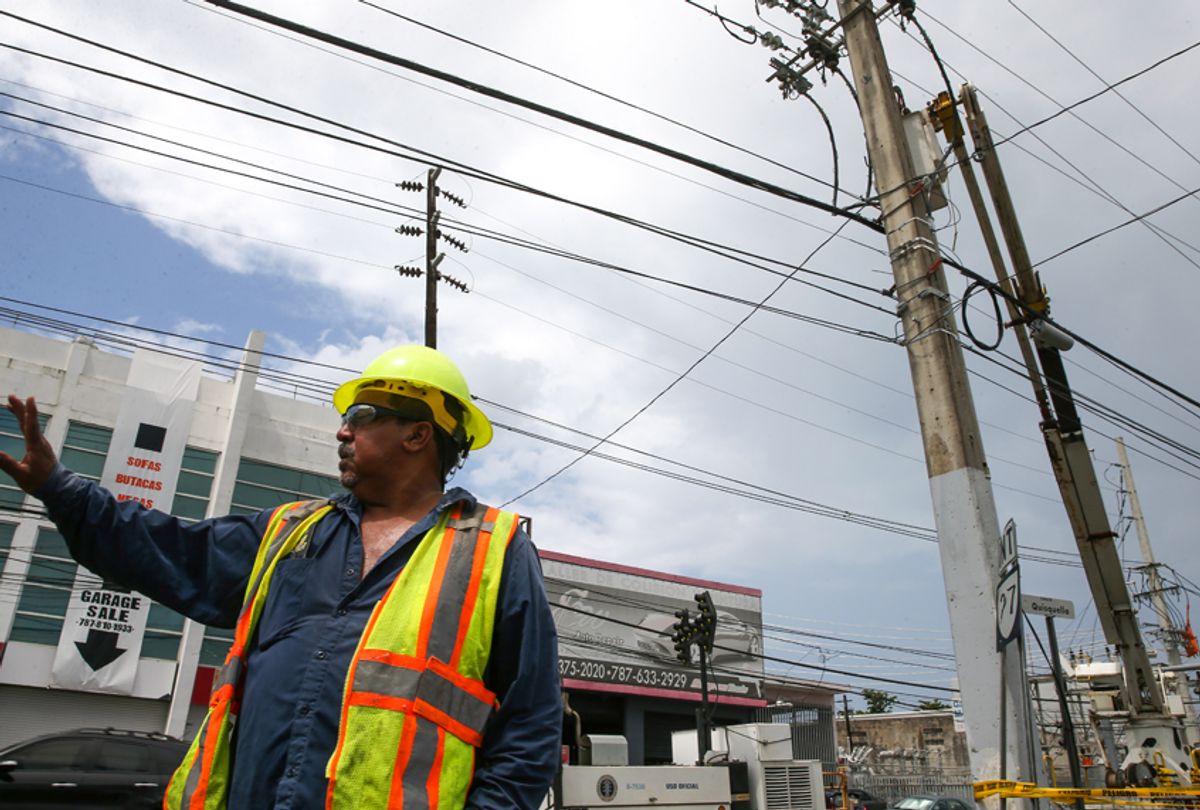 Goldman Sachs, the behemoth Wall Street investment bank whose former president was Trump's top economic adviser, claims it isn't connected to a company that bears its name. The two businesses also share the same offices, the same phone number and some of the same employees.

"Our findings raise a host of questions about what Goldman Sachs is doing and what else it isn't reporting," said Tyson Slocum of Public Citizen which is protesting to the Federal Energy Regulatory Commission.

The Goldman Sachs LLC said that Public Citizen's protest "is unsupported and not grounded in fact, the law or the Commission's regulations" and that the LLC is not affiliated with the Goldman Sachs Group as defined by FERC rules.

Slocum said that if Goldman Sachs can successfully claim not to be affiliated with the LLC it can get higher profits.

Congressional investigators held hearings in 2014 into banks, including Goldman Sachs, that were competing directly with commercial businesses in areas such as supplying electricity. The suppliers the Goldman Sachs LLC is working with include solar farms running on the transmission system of PG&E, the California company that filed for bankruptcy because of $30 billion in liabilities from wildfires.

Carl Levin, the former chairman of the Senate Permanent Subcommittee on Investigations, warned in 2014 that mega-bank investments in electricity and other energy markets mean that the banks could be liable for catastrophes and environmental problems. Levin said this could roil the economy much as the housing market did in 2008.

"Should a catastrophe occur, it could undermine a bank or spur fears that it might fail, sparking a bank run, a shutdown of lending, and turmoil in the U.S. economy," Levin said.

Goldman Sachs alums who have worked for Trump include Gary Cohn, the former National Economic Council director, and Treasury Secretary Steven Mnuchin.  Goldman has a long history of supplying top-level government officials, whichever party is in the White House.

Another mega-bank, JPMorgan Chase, unsuccessfully argued in a similar scheme that it wasn't affiliated with a company set up to buy an energy utility. In 2013, JPMorgan was fined $410 million to settle charges of manipulating electric power markets.

"I think some lawyers working for Wall Street developed what they think is a grand loophole to conceal their bank's involvement in ownership and control over various energy infrastructure assets," Slocum said.