Why Virginians deserve to have local control over Confederate monuments 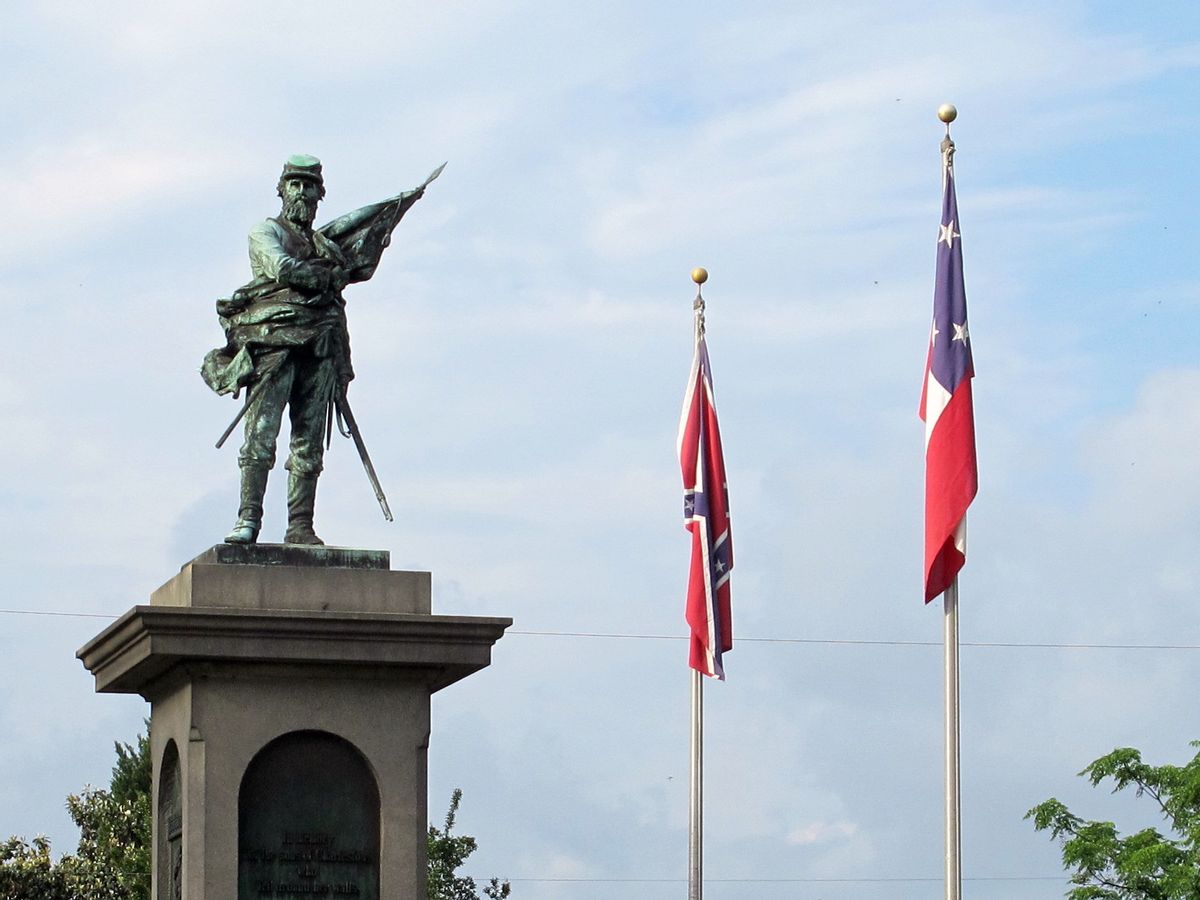 The last time the statues dominated Virginia news was in August 2017, when a gathering of white supremacists and fascists from across the country rallied in Charlottesville, leaving three people dead and dozens more injured. As a member of the Charlottesville City Council at the time, I've had a front-row view of what can happen when localities can't make these decisions for themselves.

In January 2017, after almost a year of thoughtful and sometimes heated community discussion, I made the motion that the city remove the statue of Confederate General Robert E. Lee and rename the downtown park dedicated to him. Neo-Confederates and white nationalists had been flooding Council's email boxes with vitriolic rhetoric, some threatening to harm any councilor who voted to remove the monuments. My personal cell phone number and home address had been published on hate group websites from Georgia to Arkansas, and the calls I got were graphic and frightening. Someone kept track of when the lights in my house went on and off, and called from time to time to tell me about it. Someone came into our driveway and plastered the back of my car with Confederate flag stickers.

In making that motion, I said, "I believe we need to make a decision quickly on these two matters because until we do, we will continue to attract unwanted interference from the Confederate heritage groups and white supremacy activists around the country, many of whom have no stake in our local decision."

In February 2017, with strong community support, the City Council voted to remove the statue and rename the park. That decision — and a court injunction that prevented it from being carried out — was part of what led to the deadly August 2017 rally in this small Virginia city.

More than two years later, General Lee and two other Confederate statues still stand in downtown Charlottesville, kept there by a local judge's ruling that cited the state law protecting Confederate monuments from attempts to "disturb or interfere with" them. While city attorneys agree with Virginia Attorney General Mark Herring that the law does not apply to independent cities like Charlottesville, and plan to appeal, the local control bill will make sure that all localities — cities and counties — have the right to make local decisions that reflect their values and ensure public safety.

Dozens of communities around the country, including New Orleans, Louisville, Dallas, and Baltimore, have removed Confederate statues in their public spaces and changed the names of countless schools and highways named for heroes of the Confederacy's Lost Cause. After the racist murders of nine worshipers at Emanuel African Methodist Church in Charleston, South Carolina, in 2015, and the violence at the Charlottesville Unite the Right Rally, they have determined that monuments to white supremacy have no place in their public spaces. But in Southern states with outmoded Confederate monument laws like Virginia's, localities have been prevented from acting. Our intent has been clear, however. In town after town, local governments have voted to change the names of highways, parks, and schools named for Confederate leaders, as these changes are not blocked by state law.

Before the bloodshed in Charlottesville, many people didn't understand that memorials to the Confederacy were a threat to public safety. The statues had stood for generations, their history as overt instruments of racial intimidation and glorification of the days of the antebellum South forgotten. Few were from the period immediately after the Civil War; most were erected in the late teens and 1920s, as Southern states dismantled the civil rights progress made during Reconstruction and were engaged in widespread voter suppression, Jim Crow legislation, and lynchings. The Ku Klux Klan membership rolls included many local leaders, and the organization was involved in the celebrations that surrounded the monuments' erection.

I moved to Charlottesville with my family in 1994, eager to make a home here. As parents in an interracial family, my husband and I hoped that Charlottesville would — unlike much of the South — be a good place to raise our children to feel valued and empowered.

On one of our first drives through the city, we were startled to see the giant statues honoring the heroes of the Confederacy. Surely, I thought, Charlottesville didn't venerate these figures. Why then were their statues so prominently displayed? Charlottesville friends were quick to assure us that these statues didn't reflect the true feelings of the city's current population, but were just artistic vestiges of an earlier time.

My experiences in 1960s Mississippi as the child of civil rights activists made it hard for me to see them as anything other than monuments to white supremacy, and I soon learned that many of my African American neighbors were equally disturbed by them.

The Confederate generals immortalized in Charlottesville are depicted in full battle uniform, leading the fight to preserve the institution of slavery. They were not local heroes; in fact, neither was known to have ever visited Charlottesville. At the time of the Civil War, Charlottesville's population was more than 50 percent enslaved people — local residents who would no doubt have opposed the Confederate cause — so the generals' cause had not represented the majority opinion during their lifetimes.

The bill headed to the state legislature will finally let residents of Charlottesville and all Virginia communities decide what messages they want to convey through their public spaces.

Several statewide groups, including Virginia First Cities, a coalition of Virginia's oldest cities, and the statewide coalition Monumental Justice Virginia, have called for local control of monuments, and changes in the makeup of the legislature itself make passage more likely in 2020 than it has ever been before. The 2019 election that swept Democrats into majorities in both Virginia's House and Senate for the first time in recent memory, and the fact that 40 percent of the state legislators in 2020 will be in their first or second term, has changed the calculus for bills like this one.

Gov. Ralph Northam, also a Democrat, has indicated his willingness to sign a local control bill. The time has come — and is well overdue — for Virginia legislators to do the right thing and put a bill on his desk to let local communities decide if they still want to venerate monuments to the Confederacy in their public spaces.

As long as these monuments continue to idolize those who rebelled against the United States to maintain the right to enslave African Americans and uphold white supremacy, our community and others like ours will not be safe for anyone.

Kristin Layng Szakos served eight years on the Charlottesville, Virginia, City Council from 2010 to 2017 (serving as vice mayor from 2014 to 2016). She chaired Virginia First Cities, co-chaired the national Youth, Education and Families Council, and served on the National League of Cities Council on Race, Equity and Leadership. She is a freelance writer in Charlottesville.