"It is absolutely not my view that Joe is corrupt in any way," Sanders told CBS News 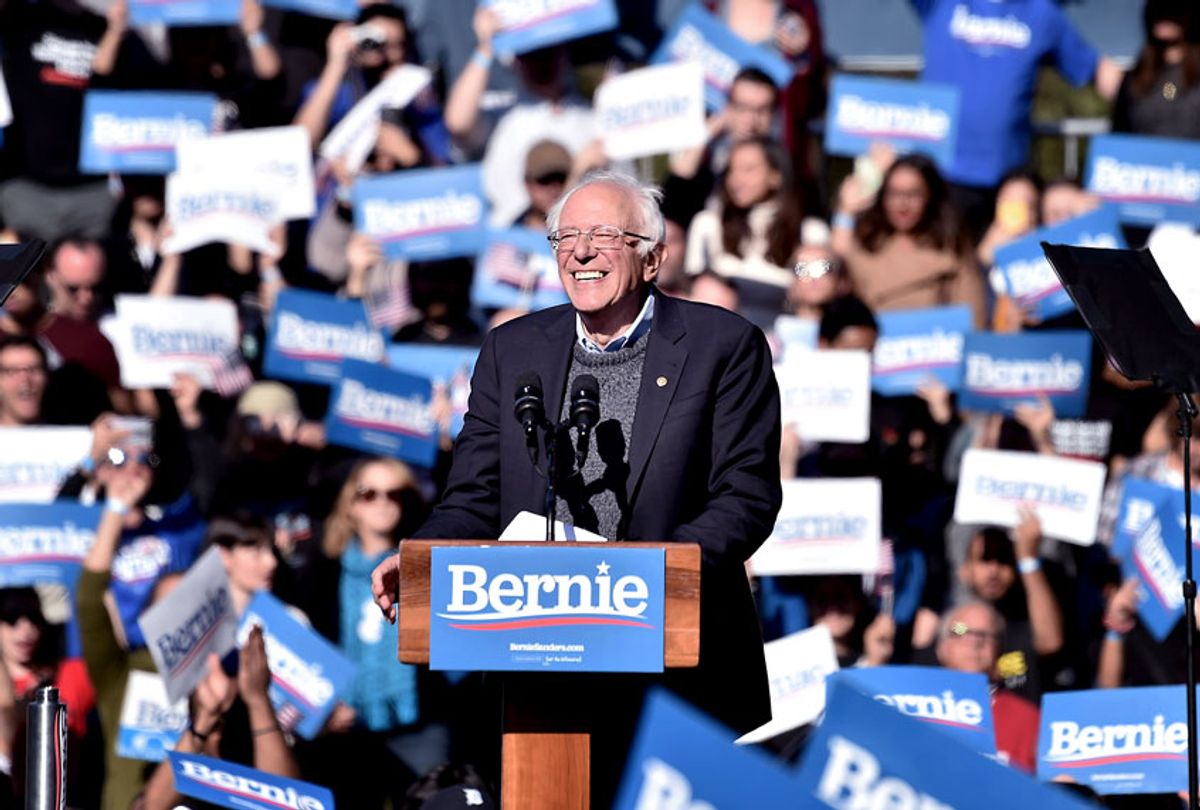 Sen. Bernie Sanders, I-Vt., apologized after one of his surrogates penned an op-ed alleging that former Vice President Joe Biden has a "big corruption problem."

Zephyr Teachout, a former New York gubernatorial candidate and Fordham University law professor, wrote the op-ed published in The Guardian claiming that Biden "has perfected the art of taking big contributions, then representing his corporate donors at the cost of middle- and working-class Americans."

"Converting campaign contributions into legislative favors and policy positions isn't being 'moderate.' It is the kind of transactional politics Americans have come to loathe," she continued.

Teachout added that Biden authored a bankruptcy bill which "made it harder for Americans to reduce their debts and helped cause the financial crisis" and opposed progressive proposals on health care and climate change while taking money from health industry lobbyists and attending a fundraiser hosted by the "founder of a fossil fuel conglomerate."

Sanders apologized for the op-ed in an interview with CBS News.

"It is absolutely not my view that Joe is corrupt in any way," Sanders said. "And I'm sorry that that op-ed appeared."

"Thanks for acknowledging this, Bernie," he wrote. "These kinds of attacks have no place in this primary. Let's all keep our focus on making Donald Trump a one-term president."

The apology comes after Sanders ramped up his attacks on Biden over his record on Social Security.

A Sanders campaign adviser shared a video of Biden saying then-House Speaker Paul Ryan, R-Wisc., was "correct" in trying to gut Social Security. The Biden campaign said he was being sarcastic and pointed out that the clip cut off Biden's full remarks, in which he defended Social Security and Medicare, Politifact notes.

Biden accused the Sanders campaign of "doctoring" the video.

"Let's get the record straight," Biden said on Saturday. "There's a little, doctored video going around . . . saying I agreed with Paul Ryan, the former vice presidential candidate, about wanting to privatize Social Security."

Politico called Biden's claim "false," noting that "PolitiFact said Sanders' campaign got [it] wrong. But there is no evidence that the campaign altered any video."

"As early as 1984 and as recently as 2018, former Vice President Joe Biden called for cuts to Social Security in the name of saving the program and balancing the federal budget," the outlet reported, adding that "Biden's support for cutting Social Security and his general advocacy for budget austerity made him a leading combatant in the centrist-wing battle against the party's retreating liberals in the 1980s and '90s."

Sanders responded to Biden's claims by accusing him of being dishonest about his record.

Sanders later told CBS News that his campaign would not attack Biden but stressed that his record on the issue was different.

"[Joe] is a decent person. He is a friend of mine. People like him, and we're not going to make personal attacks on Joe Biden. But I think the record shows that Joe's history in the Senate and my history in Congress are very different," he said. "I think it is important to know where a senator has come from and where his head is at, and Joe's record on [Social Security] is a little different than mine."

Biden told Vice News on Monday that Sanders and his campaign "lied about my position."

"There will be no compromise on cutting Medicare and Social Security — period. That's a promise," Biden said Monday at the Iowa Brown & Black Presidential Forum.

Sanders' campaign pointed out that Biden was on video calling for cuts to Social Security on multiple occasions.

"Joe Biden should be honest with voters and stop trying to doctor his own public record of consistently and repeatedly trying to cut Social Security," Sanders campaign manager Faiz Shakir said in a statement to Politico. "The facts are very clear: Biden not only pushed to cut Social Security — he is on tape proudly bragging about it on multiple occasions."