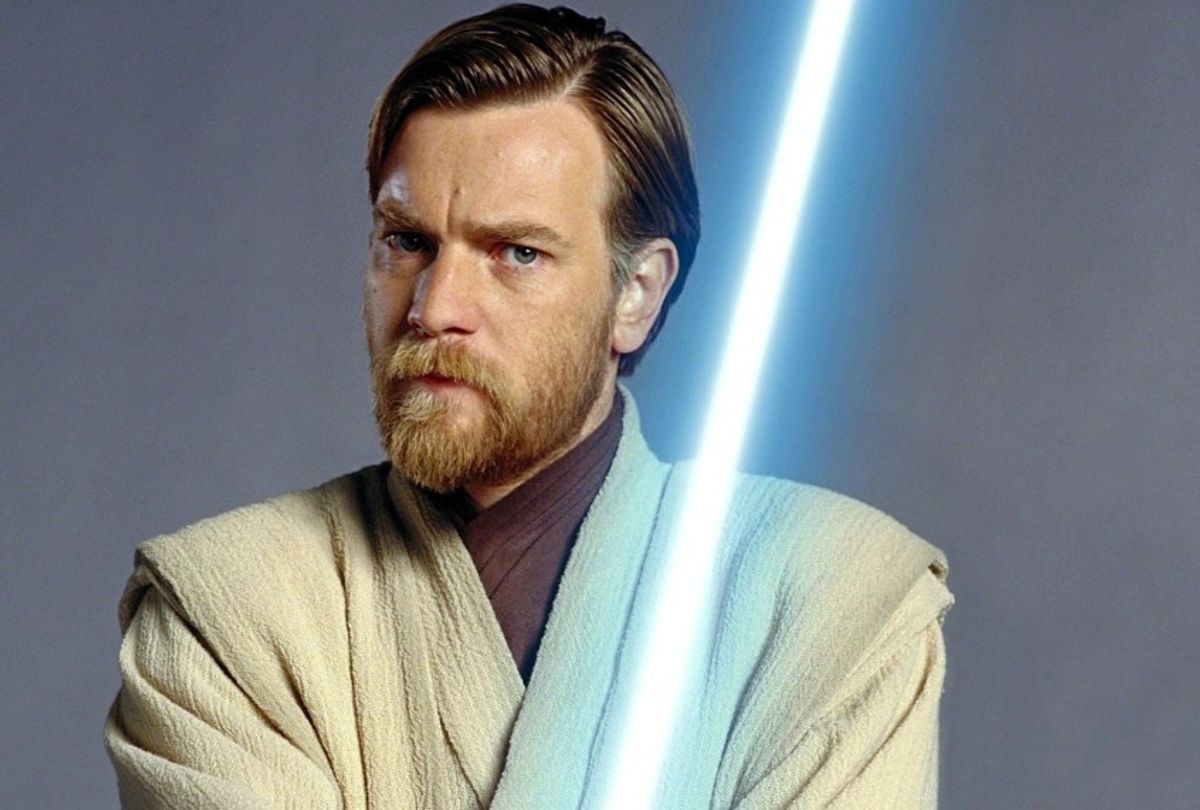 Not so fast! Just as "Obi-Wan," Disney+'s upcoming "Star Wars" series spinoff starring Ewan McGregor in his iconic role, was set to begin production at London's Pinewood Studios, the show has now reportedly been put on hold, and with an uncertain future. Collider has the initial scoop on the unexpected news, writing that two independent sources have revealed to the outlet that crew members on the series were sent home: "A timeframe was not given, but the crew was told that the show would be down 'indefinitely.'"

Collider also detailed rumors of other troubles afoot on the six-episode series, which is meant to take place eight years after the events of 2005's "Star Wars: Episode III – Revenge of the Sith." According to the report, Lucasfilm president and "Obi-Wan" producer Kathleen Kennedy was rumored to be unhappy with the scripts, which allegedly will require further doctoring with the goal of resuming production in summer 2020. The series comes from "Drive" screenwriter Hossein Amini, and director Deborah Chow, who's already contributed two episodes to Disney+'s mega-hit flagship "Star Wars" series, "The Mandalorian." Originally, "Obi-Wan" was conceived as a feature film with Oscar nominee Stephen Daldry on board to direct.

Read more from IndieWire: Taika Waititi Has Been Approached for a New 'Star Wars' Movie – Report

The "Obi-Wan" news comes at a time of crossroads for the "Star Wars" franchise. "Star Wars: The Rise of Skywalker" has just hit the $1 billion worldwide box-office mark, and at a moment when the theatrical "Star Wars" experience is about to be put on pause as Disney and Lucasfilm focus on episodic storytelling on Disney+. "The Last Jedi" director Rian Johnson is still reportedly working on his own trilogy of films.

And the reportedly thorny production on "Obi-Wan" isn't the first snag the "Star Wars" saga has hit in recent years. "Rogue One" underwent rewrites during filming, with director Tony Gilroy heading up reshoots late in the game. Perhaps most notoriously, "Solo: A Star Wars Story" directors Phil Lord and Chris Miller split from the film in the middle of production, with directing chores being handed off to Ron Howard. It went on to become arguably the most reviled film in the recent "Star Wars" outings.

McGregor previously played Obi-Wan in "The Phantom Menace," "Attack of the Clones," and "Revenge of the Sith," and contributed voice work to "The Force Awakens" and "Rise of Skywalker." The role of the world-weary, wise Jedi was originally played by Sir Alec Guinness in 1977's "A New Hope."