Biden claimed Bernie Sanders' campaign used a "doctored" video to attack him. Why did the media launder this lie? 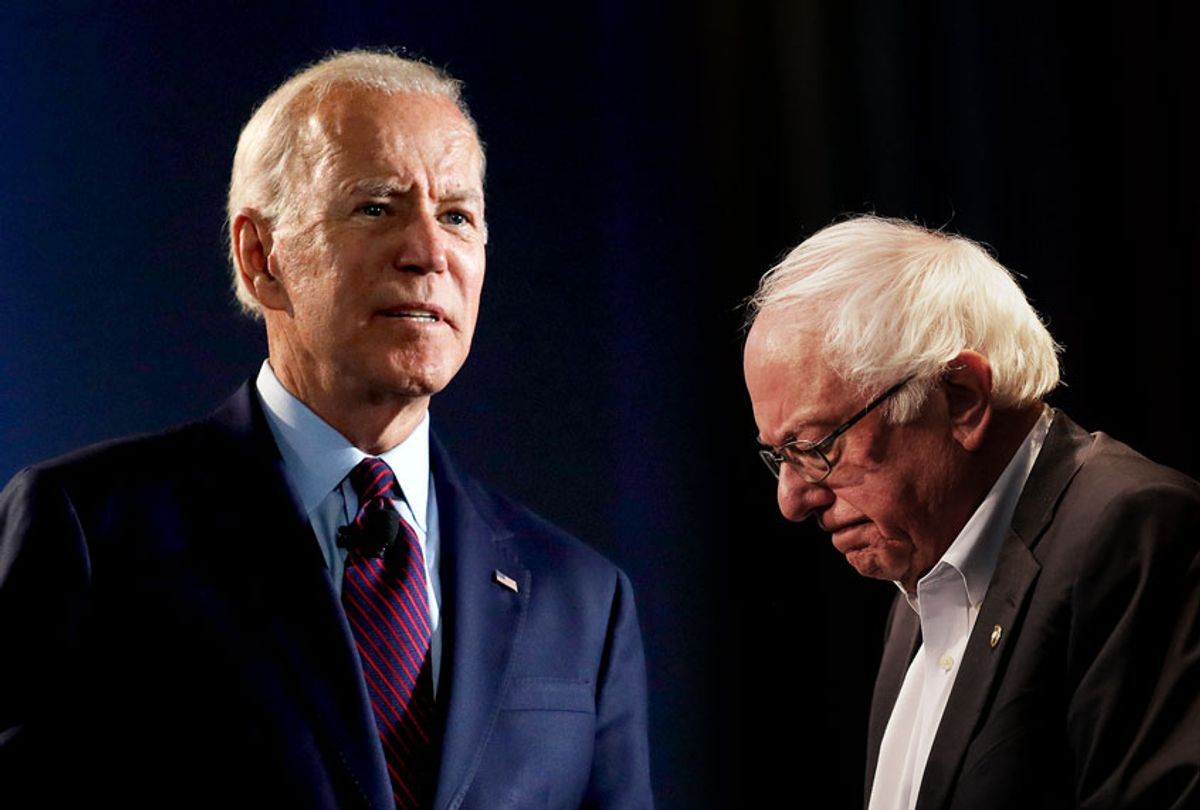 Here's something many Americans would be very interested to know: Is a leading candidate in the Democratic primary a liar? And since a strong majority of Americans have consistently opposed cuts to Social Security, the country's most successful anti-poverty program, Democratic voters in particular might be interested to know if a President Joe Biden would try to cut Social Security.

Former Vice President Biden has supported cuts to Social Security for 40 years, and is on the record for saying things like:

When I argued that we should freeze federal spending, I meant Social Security as well. I meant Medicare and Medicaid. I meant veterans' benefits. I meant every single solitary thing in the government. And I not only tried it once, I tried it twice, I tried it a third time, and I tried it a fourth time.

When Biden was running for president in 2007, he declared his willingness to oppose the U.S. public when he boasted that he would ignore his advisers' advice not to "touch that third rail," and even released a plan to cut Social Security under the guise of raising the retirement age. 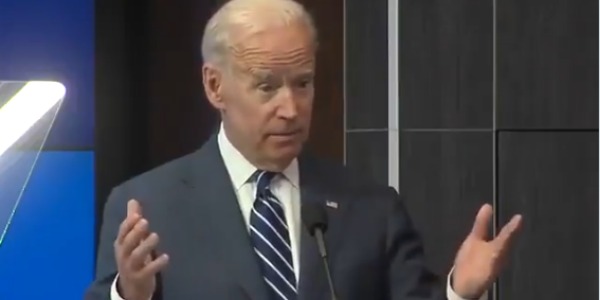 So when Bernie Sanders' campaign released a video of Joe Biden's statements reiterating his desire to cut Social Security, a program that benefited 64 million Americans in 2019, and is the major source of income for most elderly Americans, shouldn't media headlines reflect this? And if many of these outlets openly acknowledge that Biden's claim that the video was "doctored" isn't true, don't they have a journalistic obligation not to launder the Biden campaign's false talking points?

Headlines typically draw in readers or viewers by including the most relevant and interesting information. When only 40% of the U.S. public read past the headlines, that means a good majority of readers have their worldviews shaped by the short bits of stories editors choose to highlight.

The first type features the unhelpful horse-race journalism FAIR has consistently criticized, where the most pertinent information is not that a leading presidential candidate supports cutting a popular and successful social program, but about which campaign strategies candidates are employing in the presidential primaries:

If the Times' lead paragraph mentions that Biden "accused Senator Bernie Sanders' presidential campaign of distorting his record on Social Security, claiming without evidence that Mr. Sanders's team was promoting a 'doctored' video, a loaded word in an era of disinformation," why not mention the fact that Biden offered no evidence in the headline? The Journal's treatment of Biden's claim was even worse than the Times', treating statements from the Biden and Sanders campaign as a "he said, she said" story by presenting the Biden campaign's accusatory statements and the Sanders campaign's rebuttals with no indication of whether one side had greater evidence.

The third and most common variety of headline is the worst because it reverses reality:

Headlines like Politico's "Biden Charges Sanders Camp 'Doctored Video' to Attack Him" and CBS' "Biden Accuses Sanders Campaign of Sharing 'Doctored' Video of Him Attacking Social Security" make it seem as if Sanders is the one lying by creating a fabricated video. This is especially journalistic malpractice when these very outlets mention that the "video in question" of Biden's 2018 remarks to the Brookings Institution "was not doctored by Sanders," and state that "despite Biden's repeated use of the words 'doctored' and 'fake,' the video is neither of those things."

Many of these articles uncritically cite PolitiFact's obtuse attempt (1/9/20) to critique the Sanders campaign's video, which declared that Sanders' statement in a campaign newsletter that "in 2018, Biden lauded Paul Ryan for proposing cuts to Social Security and Medicare" was false because Biden's statements were taken out of context. PolitiFact highlighted Biden's statements that "Social Security and Medicare can stay," but failed to highlight his very next words, saying of Social Security/Medicare, "It still needs adjustments."

What are those "adjustments"? FAIR (2/4/15, 6/25/19) has noted that euphemisms like "solution" and "adjustments" are frequently used to describe what are more accurately called cuts to Social Security. As Ryan Grim noted on Twitter (1/9/20),"'Adjustment,' in Washington, is a euphemism for 'cuts.' That's just a basic fact of congressional lingo that can't be disputed." Particularly when Biden says of the retirement programs, "It still needs adjustment, but can stay," it's hard to see how you can read it other than as a call to "save" the programs by cutting them. 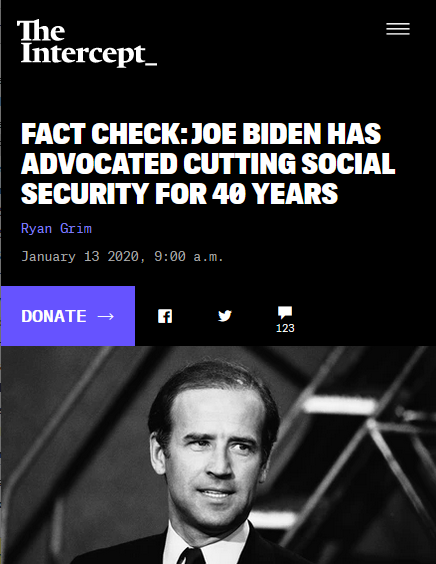 Grim's factcheck in the Intercept (1/13/20) of PolitiFact's fact check is far more competent, because it doesn't confine itself solely to Biden's remarks in a single speech, but rather situates those remarks within Biden's 40-year history of advocating cuts to Social Security, and also decodes common centrist euphemisms for cutting Social Security. If Biden is now claiming that he opposes cuts to Social Security, it is certainly important to note that this would be a reversal of his long-held position (and how that undermines Biden's credibility).

It's important for media outlets to question the credibility of presidential candidates, especially with contenders like Biden, who has a history of serial lying on the campaign trail about his ideology, downplaying his support for the Iraq War or making ridiculous statements like "I have the most progressive record" of anyone running for the presidency, or misrepresenting his opponents' Medicare for All proposals by claiming that Medicare for All proponents are trying to "scrap Obamacare" and create a "hiatus" in coverage for up to three years.