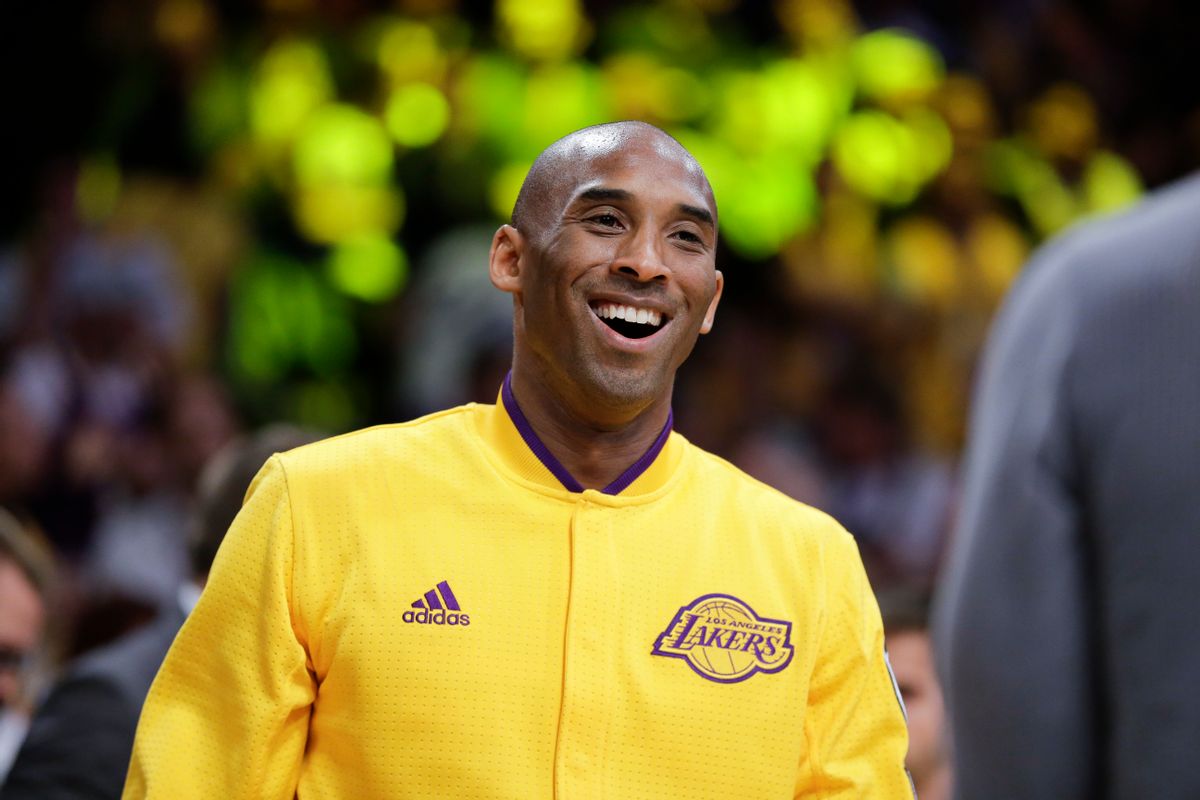 UPDATE (1/27): L.A. authorities have confirmed that among the victims of the crash were Orange Coast College baseball coach John Altobelli, 56, his wife, Keri, and daughter Alyssa.

Kobe Bryant, Los Angeles Lakers legend, five-time NBA champion and one of the most prolific scorers in basketball history, is dead at the age of 41.

The retired basketball star and his 13-year-old daughter, Gianna, were aboard a helicopter that crashed near Calabasas, California, on Sunday morning. Los Angeles County Sheriffs stated that all nine people aboard the helicopter were killed in the crash.

TMZ first reported that Bryant had died in the crash; the report was later confirmed by ESPN NBA reporter Adrian Wojnarowski, who later added that Bryant, his daughter, as well as another father and daughter were on their way to basketball practice at Bryant's Mamba Academy in Thousand Oaks, California. The Los Angeles Times also confirmed Bryant's death. Investigators were trying to determine what caused the crash, Variety reports.

"The NBA family is devastated by the tragic passing of Kobe Bryant and his daughter Gianna," NBA Commissioner Adam Silver said in a statement.

"For 20 seasons, Kobe showed us what is possible when remarkable talent blends with an absolute devotion to winning.  He was one of the most extraordinary players in the history of our game with accomplishments that are legendary: five NBA championships, an NBA MVP award, 18 NBA All-Star selections, and two Olympic gold medals.  But he will be remembered most for inspiring people around the world to pick up a basketball and compete to the very best of their ability.  He was generous with the wisdom he acquired and saw it as his mission to share it with future generations of players, taking special delight in passing down his love of the game to Gianna."

"Kobe was a legend on the court and just getting started in what would have been just as meaningful a second act," Barack Obama tweeted. "To lose Gianna is even more heartbreaking to us as parents. Michelle and I send love and prayers to Vanessa and the entire Bryant family on an unthinkable day."

The son of former NBA player Joe Bryant, Kobe was a basketball prodigy coming out of Lower Merion High School in Pennsylvania, and upon being picked 13th overall in the 1996 NBA Draft by the Lakers (via Charlotte Hornets), Bryant became the first-ever guard drafted in the first round out of high school.

That was the first of many achievements the player dubbed "Black Mamba" accomplished over his 20-year NBA career: In 18 of those 20 seasons, Bryant was named to 18 All-Star Games, second-ever only to fellow Lakers great Kareem Abdul-Jabbar. Bryant made the NBA All-Defensive Team 12 times, was named All-NBA 15 times, won the scoring championship twice, was named NBA Finals MVP in 2009 and 2010, and in 2008, earned the NBA's Most Valuable Player award. Bryant's #8 and #24, the two jersey numbers he wore in the Lakers' purple and gold, are both retired in the Staples Center.

In January 2006, Bryant scored 81 points in a game against the Toronto Raptors, second all-time in NBA history after Wilt Chamberlain's famed 100-point game:

Bryant retired from basketball at the conclusion of the 2015-16 season; he scored 60 points in his final NBA game on April 13th, 2016. He was nominated for the Basketball Hall of Fame in December 2019.

"I've watched, listened to, or at least read about pretty much every game that Kobe Bryant played his entire career," Flea says. "And I see someone who put a lot of stock in discipline and work ethic and nurturing his creativity. I just have always respected him so much — even when he was young and arrogant and foolish and, you know, arguably self-centered. He's always meant so much to me.

"I look at him as someone like, you know, Charlie Parker or John Coltrane or Jimmy Page or Jimi Hendrix, you know?" Flea continues. "He's been able to change and evolve and grow and be such a master of his craft. It's been great seeing him grow up, because he joined the Lakers when he was 17, and he's done so much for our city."

In 2018, Bryant was the surprise recipient of an Academy Award after his John Williams-scored short film, Dear Basketball, won for Best Animated Short Film. However, the win wasn't without some controversy: In the emergence of #MeToo, Bryant's Oscar led to resurfacing of the 2003 accusation that he sexually assaulted a female employee at a Colorado resort. Bryant stated that the encounter was consensual, and after a media firestorm, the charges were ultimately dropped when the accuser stopped cooperating with authorities after she and Bryant settled a separate civil suit out of court.

Bryant's stunning death came just hours after LeBron James passed the Lakers great for third place on the all-time NBA scoring list. During Saturday's game, James wrote "MAMBA 4 LIFE" on his sneakers in tribute to Bryant. "Kobe's a legend, that's for damn sure," James said earlier in the day. "Seeing him come straight out of high school, he is someone that I used as inspiration. It was like, wow. Seeing a kid, 17 years old, come into the NBA and trying to make an impact on a franchise, I used it as motivation. He helped me before he even knew of me because of what he was able to do. So, just to be able to, at this point of my career, to share the same jersey that he wore, be with this historical franchise and just represent the purple and gold, it's very humbling and it's dope."

Following news of Bryant's death, fans congregated outside the Staples Center — home of Sunday's Grammy Awards — to pay tribute to the Lakers legend: