Back to the future for Trump's legal team: Next up, the "get over it" defense

Trump's team can't conceal his guilt now — so they'll turn back to "Heck, everyone does it so let's move on" 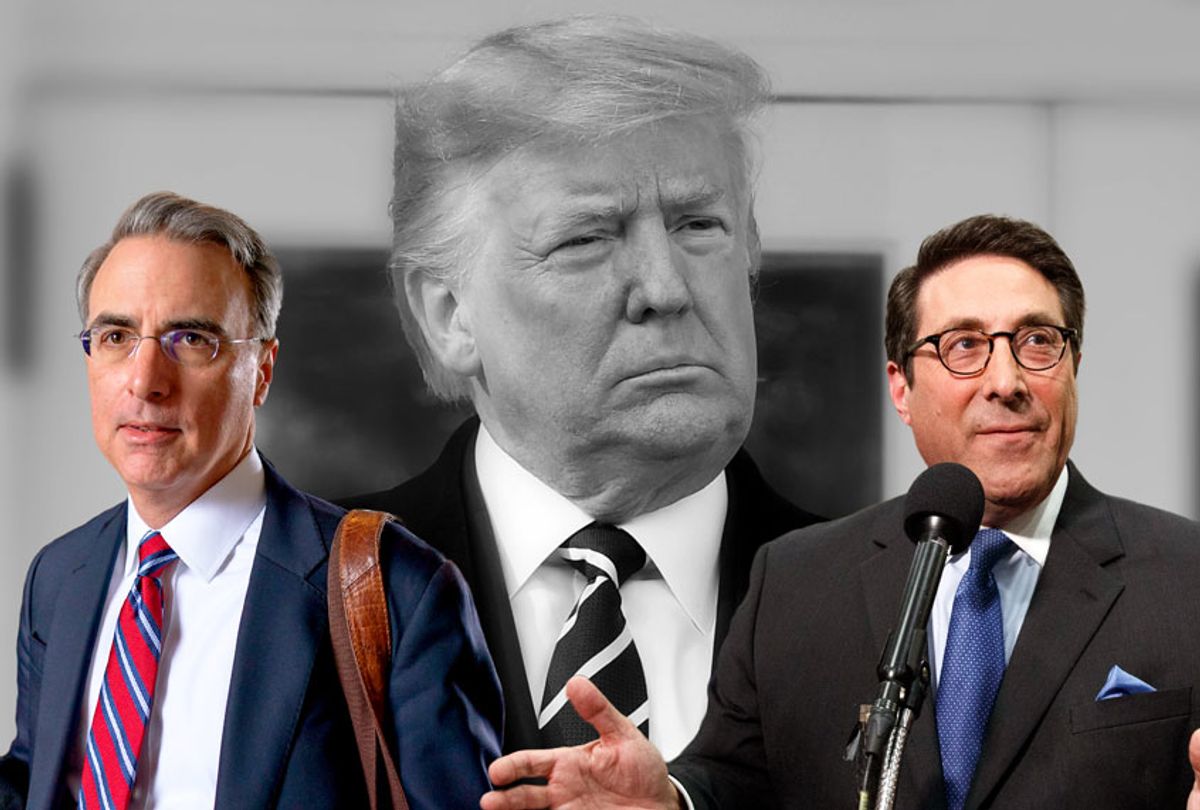 Back in October, in midst of the exposure of a plot by Donald Trump to cheat in the 2020 election by extorting the Ukrainian president to interfere on his behalf, acting White House Chief of Staff Mick Mulvaney tried a novel strategy to defend his big orange boss: Telling the public to "get over it."

After admitting to reporters during a press conference that Trump had, in fact, held up military aid in order to force Ukrainian President Volodymyr Zelensky to offer public support for Trump's cockamamie conspiracy theories about Democrats, Mulvaney sneeringly said, "I have news for everybody: Get over it."

At the time, it was clear that this was a planned bit of posturing, as the Trump campaign already had T-shirts reading "Get over it" ready to go. But what they failed to understand is that announcing to reporters that you did the crime and you believe it's no big deal is not typically understood as a valid legal defense. On the contrary, the word for what Mulvaney did is "confession," and if this whole affair were being litigated in an actual court of law, it would be part of the open-and-shut case for the guilt of Trump and everyone around him.

Unfortunately, however, this case is not being tried in an actual court, but in a kangaroo court consisting of 53 Republican senators whose only question is what BS excuse they can hide behind when they vote to acquit a man they know full well is guilty. More to the point, Trump, his legal team and congressional Republicans, led by Senate Majority Leader Mitch McConnell, are entirely focused on giving Republican base voters some talking point they can cling to in order to justify supporting a president who did all these terrible things.

That's why, as was evident when Trump's lawyers began their arguments over the weekend during the Senate's impeachment trial, "get over it" will almost certainly be the main takeaway of the Trump defense.

Sure, Trump's lawyers Jay Sekulow and Pat Cipollone spent some time on Saturday trying to cast doubt on the facts of the case. But their main focus was on sowing conspiracy theories about Democrats, and disparaging them for supposedly attacking Trump for purely partisan purposes.

The reason for this focus is obvious enough: There's no real way to deny that Trump is guilty of using military aid and a promise of a White House visit as leverage to try to force Zelensky to offer support on TV for Trump's accusations of corruption against former Vice President Joe Biden, who is leading in the Democratic presidential primary polls. Instead, Trump's lawyers are going to throw out a lot of noisy and often nonsensical arguments that can be rolled into clips for Fox News, all to bolster their real defense: Everyone in politics is as corrupt as Trump, and so, yes, Democrats need to just get over it.

During Saturday's arguments, Sekulow hinted at the Trumpian conspiracy theory that it was Ukraine that interfered in the 2016 elections on behalf of Hillary Clinton, rather than Russia working on behalf of Trump, which is actually what happened. Sekulow claimed that by insisting on reality (i.e., Russia did it, not Ukraine), the House impeachment managers prosecuting Trump were "pushing this false dichotomy that it was either Russia or Ukraine, but not both."

This "both sides did it" — even though only one side did — is the foundation for the "get over it" argument. The idea is that everyone in politics is thoroughly corrupt and everyone in politics cheats the way Trump cheats. Which, in turn, will be used to argue that Trump is being unfairly singled out for something everyone does, and that the reason he is being singled out is because liberals elites hate America, etc.

That's why most of the arguments from Trump's lawyers so far — and likely until they wrap — are focused on baseless but livid accusations that Democrats are only doing this for partisan reasons. The implication is that Democrats are equally corrupt and are faking their outrage in order to "steal" an election, because they can't allow Trump's voters a win. In other words: Get over it.

On Sunday, the New York Times published leaks from former national security adviser John Bolton's upcoming book about his time in the Trump White House that have likely made the "get over it" strategy even more central to Trump's defense. In the leaked outline, Bolton claims that Trump directly told him that he was withholding military aid to Ukraine in order to force Zelensky to announce investigations that were not actually necessary or justified, but only meant to bolster Trump's conspiracy theories about Clinton and Biden.

Bolton's revelations aren't any great surprise. Mulvaney essentially confessed as much in his "get over it" press conference, and the larger pattern of evidence makes abundantly clear that Trump was withholding the aid to blackmail Zelensky. But the newness of this information, and Bolton's proximity to Trump himself, makes it harder for Trump's lawyers to kick up enough dust for Republican senators to pretend there's still room for reasonable doubt about Trump's motives for withholding aid to Ukraine.

The beauty of the "get over it" defense is that it consumes all new evidence, such as these Bolton leaks. It allows the average Fox News viewer an all-purpose rebuttal to anyone who dares suggest that it's bad for the president to be such a blatant criminal. It's not that he's innocent, since that's obviously untrue, but that he's just playing the same game as everyone else, and is being singled out unfairly.

For decades now, Fox News and other right-wing outlets have portrayed Democrats as cheaters and liars — Trump himself rose up by implying that Barack Obama had faked his birth certificate in order to be eligible for the presidency — and now it's paying off. Even though there is no validity to the idea that everyone in D.C. is corrupt, the belief that this is true allows Trump voters to feel entitled to have a president who is unaccountable for his actions. If Trump's critics argue that it's simply false to claim other politicians are just as corrupt, they can be written off as hopelessly naive or, worse, as partisans who lie for political gain.

So that's what viewers watching the impeachment trial should keep in mind for the next few days. The arguments will likely be all over the place, unbound by the need for logic and evidence that Democrats employed when prosecuting the case against Trump. That doesn't matter, because it's all about creating clips Fox News can use to bolster this "get over it" defense. In the end, that's what the average Trump voter will cling to in order to feel OK with backing the criminal in the White House.