Welcome to America, where a Detroit man gets the cops called on him for "banking while black"

Sauntore Thomas tried to deposit checks for winning a racial discrimination lawsuit, but the bank had other ideas 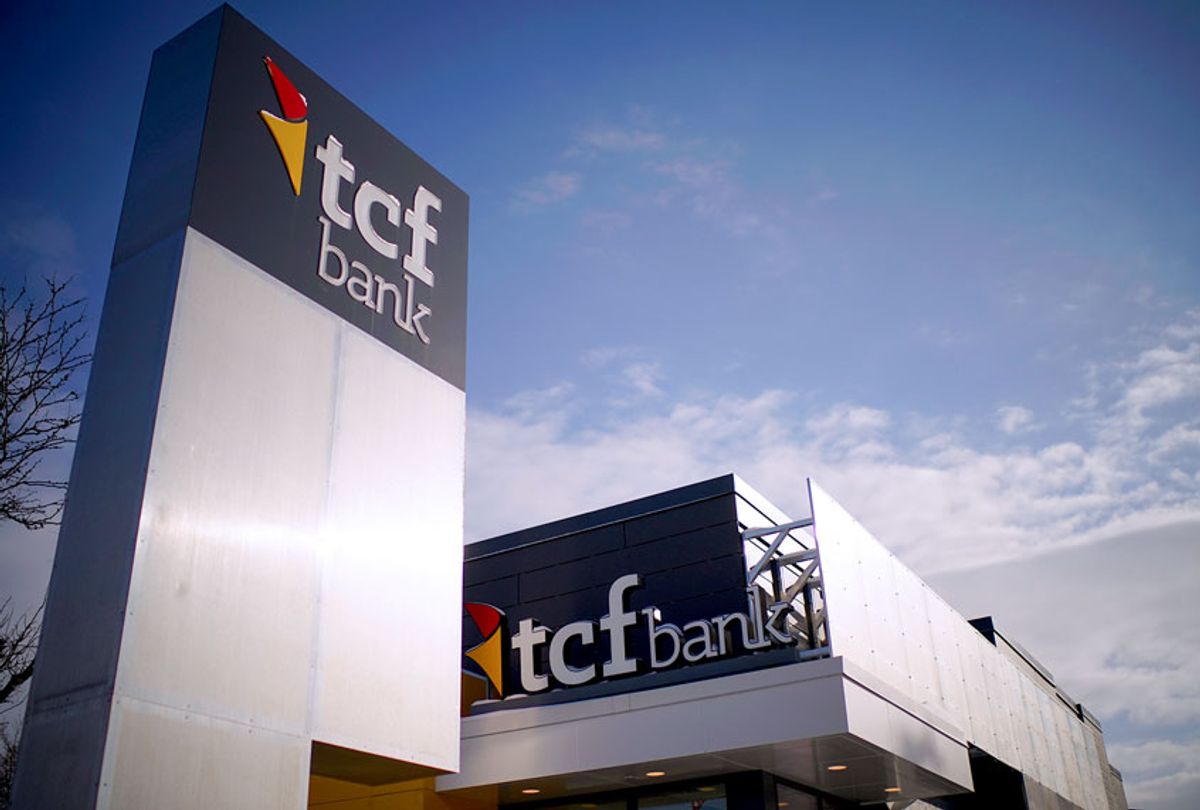 Imagine suing your job for being racist, winning, getting paid, and then taking the the checks to a bank that was just as racist as the job you sued. Welcome to America.

Last week, Sauntore Thomas walked into TCF Bank in Livonia looking to opening a savings account and deposit some checks he had just won from a racial discrimination suit against his former employer, Enterprise Leasing Company of Detroit. Thomas presented three checks, for the amounts $59,000, $27,000 and $13,000 to the Assistant Branch Manager Erika Mack. Mack then the told Thomas that the "verification system" wasn't working and that she's have to step away to contact the issuing bank so that funds could be verified.

In that moment, Thomas, 44, probably felt like he was receiving justice. If I were him, I would be thinking about investing in real-estate, paying down debt, throwing a small party, starting a business, and maybe even taking a trip. So many black people suffer the evil poison that is racism, prove it over and over again, and even still, couldn't dream of being compensated like Thomas. Thomas won, he had beat system that tried to beat down on him and was gifted an opportunity to change the narrative. Or was he?

Mack never called to verify anything with any bank; according to Thomas, she contacted the police. Shortly after, four officers showed up and started grilling Thomas, asking him where he got the checks from, as if a black person isn't capable of having checks. Thomas had no history of fraud, wasn't wearing a mask or demanding them to instantly give him $99,000 in cash. His only crime – in Mack's eyes – was being black.

"I didn't deserve treatment like that when I knew that the check was not fraudulent," Thomas told the Detroit Free Press. "I'm a United States veteran. I have an honorable discharge from the Air Force. They discriminated against me because I'm black. None of this would have happened if I were white."

Living in this country makes you develop what author Damon Young calls  "nigga neurosis — a state of being where one wonders, "Did that happen because I am black?" and "If this is happening because I am black, how am I supposed to react as a Professional Black Person?"

I find myself currently stuck in this state; I get anxious and quickly annoyed when cops pull me over, sweat when bank tellers move too slow, and suspicious when I'm seated at a restaurant and the server walks past multiple times without offering menu and bringing water. This has to be because I'm black, they probably think I don't tip, will they spit in my food because they think that black people shouldn't eat out. Is it my fault that society has lied to them, telling them that we don't pay our fair share? Should I leave?

And I'm not crazy for feeling this way. While on tour for my third book in Philly, I was clearly reminded of where these feelings come from. I had a reading at Uncle Bobbie's in Germantown, Pa., which was about a $20 dollar Uber ride from my hotel, $34 because it was raining. After waiting about 20 minutes for the driver to arrive, my wife and I exited the lobby, started walking to the car, operated by a middle aged white man and he pulled off. Did he pull off because we were black? Pressed for time, we headed towards the regular cabs parked next to the hotel. I asked the driver was he working, he asked where we were going, I told him, and then said he wasn't working. Two white ladies almost instantly asked the same question and he quickly escorted them into his car and sped off. (Danny Glover once called this "hailing while black.")

Thomas had every right to be beyond upset. The teller could've contacted her manager, been a good person and offered Thomas some coffee. She could've assumed that he was telling the truth as he gave no reason to assume anything but. She could've deposited the checks and called the issuing bank so that they really could've verified the funds –– rather than contacting law enforcement.

"I feel very intimidated because I knew that if I would have gotten loud, they would have had me on the ground for disturbance of the peace. But I didn't get loud. I didn't get confrontational. I did nothing," Thomas told the Detroit Free Press. "I had a very long journey and I feel like I have to go through the same thing again. It's frustrating, but I do know God is in control. I will be vindicated because I didn't do anything wrong."

Thomas closed his TCF account and took his business to Chase bank in Detroit where the checks cleared in 12 hours. He is now suing TCF Bank for unspecified damages.

The silver lining? Sauntore Thomas may be able to create generational wealth off of bigotry. What he has experienced is disgusting, but at least it's being documented, reported, and he is being compensated. That is one small win that we can be proud of, but we must not ignore that this type of racism is happening every day, to millions of people all over America.

Will this country ever change?