At least some Republicans are worried about the future. Will the Bolton bombshell offer them a lifeline? 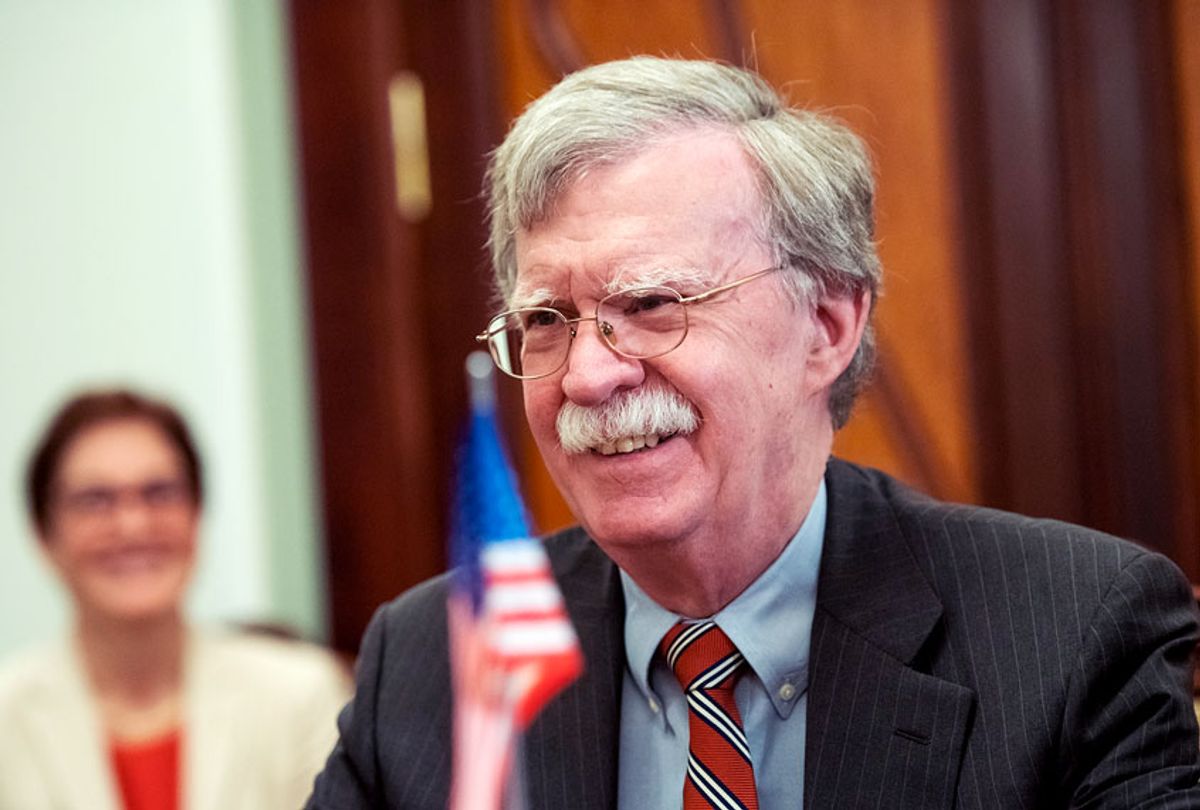 One of the great mysteries of our time is why so many Republicans who are willing to bet their reputations on relentlessly defending Donald Trump, especially now.

It'd be one thing if he were in rarefied George W. Bush post-9/11 territory with an approval rating hovering in the upper 80s, or if he had delivered an electoral map like Ronald Reagan's 1984 steamrolling of Walter Mondale. But neither of those is remotely true. Trump is a flop-sweating mess, and more of us should be asking why they don't just cut bait and try their luck with conserva-droid Mike Pence.

Among thousands of liabilities, Trump is busily faking his way through his presidency with such lumbering, self-satirical awkwardness that he has the very real potential of exploding the entire party through his viral obnoxiousness, his treachery, his proud dumbness and his 16,241 lies to date. Every national Republican has been repeatedly forced to pooper-scooper Trump's tweets and his chopper-talk hollering, turning the phrase "the president tweets a lot of things" into the new party slogan. And unlike Bush or Reagan before him, Trump's approval is permanently capped at an anemic 45 percent at best, and he clearly believes he's only capable of winning re-election by extorting foreign governments into helping him cheat.

Worse yet, Republicans have once again been body-checked into a spinning propeller blade due to the president's incompetence and Gotham City villainy. Before his impeachment trial was underway, he tried to scam his Senate allies and was caught red-handed. And yet, for some reason, too many of them will still vote to acquit. Why? We'll circle back to that.

Unsurprisingly, CNN's Dana Bash reported on Monday that congressional Republicans felt blindsided by the reported revelations in John Bolton's forthcoming book, complaining they'd been "kept in the dark." Apparently the White House was in possession of Bolton's manuscript as far back as Dec. 30, and not a single Republican was alerted to the bombshell news printed within.

No one at the White House, including, we can assume, Trump's legal counsel, ever told Senate Republicans about the content, according to multiple reports. Consequently, Republicans were left to dangle in the wind by Trump and his fellow plotters in the administration, leaving members of the Senate majority to scramble for an adequate excuse to spin themselves around questions throughout Monday.

Trump screwed his only friends in Washington, and then lied (again) when he told reporters that he never saw the manuscript. Sure, as if Trump actually reads things. We all know he either gets briefed or receives scant bullet points, given his inability to focus and understand information presented to him outside of Fox News. So, no, he probably didn't read the manuscript — but I assure you, he knows what was in it. Still, he let his pals on the Hill insist there were no witnesses who actually spoke with the president about the "drug deal," as Bolton allegedly called it.

Yet, in spite of getting screwed with their pants on, some Trump loyalists, like Rep. Mark Meadows of North Carolina, warned there would be "repercussions" if any Republicans voted against the president. This is in keeping with recent reports that the White House has apparently threatened Senate Republicans — stay in line or their heads will be "on a pike."

Metaphor aside, what exactly does the "pike" thing mean? What kind of "repercussions" should they expect from an historically weak chief executive? Why are they still so willing to put up with this grab-assery?

Trump's threats are as empty as his brain pan. The "head on a pike" thing is a bluff. Trump bluffs, and it's all he's got left.

Trump holds no political capital. He burned all those matches during his first weeks in office. It's possible he might give the offending Republicans childish nicknames on Twitter. Or he might refuse to do one of his mean-girl screech-gasms in their district later this year. If so, who cares? The five Republican senators who are most in danger of losing this year are in states where Trump is a liability anyway.

Sure, there are some states and districts where Trump's dictator-adjacent shtick plays well with the cult, and getting his copy-and-paste endorsement might help run up the vote totals in solidly red precincts. But the big secret here is that Trump needs the support of congressional Republicans more than they need Trump. Without his support on the Hill, vetoes will be overridden, and the impeachment trial will move from safe to dangerous. And I assure you, Republican leadership knows where the bodies are buried. They're painfully loyal — for now. But what happens if Trump goes to war against the Senate? A big win for the Democrats, for starters.

Let's say for the sake of argument that the Bolton news suddenly triggers a wave of Republican senators to consider voting to convict — of course conviction and removal is still unlikely, but stay with me on this. Reacting as he always does with reckless disregard for the long-term ramifications of his knee-jerking, imagine if Trump decides to grab some rhetorical pikes and starts lopping off heads (on Twitter). Will those "repercussions" force potentially rebellious Republican senators to stand down, or will it break the dam, forcing even more senators to stand up and vote to convict? Worse, wouldn't Trump's "repercussions" help purple-state senators like Cory Gardner of Colorado, Joni Ernst of Iowa and Susan Collins of Maine with moderate and independent voters? Probably.

Trump has no idea what the consequences will be if he actually starts mounting heads on pikes — he doesn't think that far ahead. Trump is ultimately a coward who talks a big game, but folds whenever his allies fight back. He likes to pretend he holds all the power and is willing to suddenly shoot a guy (politically) if he's so much as given the side-eye. But that hasn't really happened. Mitt Romney's been about as negative toward Trump as any other Republican from either congressional chamber, going so far as to tell reporters on Monday that he'd like to hear testimony from Bolton. Anyone notice Romney's head on a pike today? Nope.

Again, why are so many of them still afraid of the clown-faced buffoon at the other end of Pennsylvania Avenue? There are many potential answers: Russian kompromat, Twitter flaming, primary challengers and so on. But on the subject of primary challengers, does Trump really want to start campaigning against jurors in his trial? He's too much of a coward to do that and, besides, time's running out for viable challengers in any of those the Senate races, and monkeying around with those campaigns would be a grave mistake. The GOP has 23 seats to defend this year, and a net loss of just four on Nov. 3 would hand control of the Senate to Chuck Schumer and the Democrats.

The Republicans ultimately have nothing to lose by severing the umbilical cord and ending for once and for all the relentless abuse and routine embarrassment of the Trump presidency. By remaining tenaciously grappled to Trump, they're allowing themselves to be indelibly tainted by a damaged president on a nosedive trajectory. All told, they have far more to lose by sticking with this failed president than by walking away and salvaging what's left of their party. It's time for actual Republicans to call his bluff.