Why the platypus is at risk of extinction 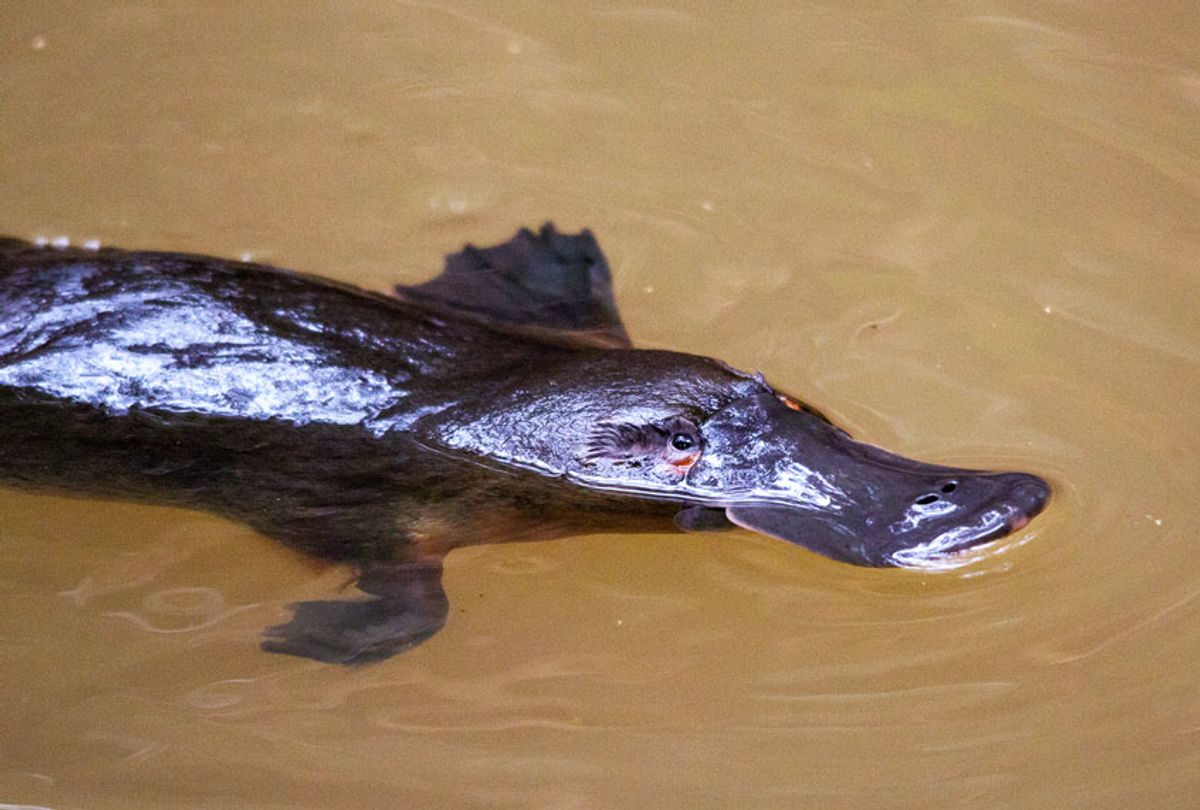 The platypus, a beloved emblem of Australia and a symbol of the strangeness of evolution, is at risk of extinction.

That's according to a new study published in the February issue of Biological Conservation, which suggests the humble beaked mammal is at greater risk of becoming extinct than previously thought. As the tragic bushfires in Australia blanketed the island continent, the platypuses were "invisible victims," as Atlas Obscura wrote.

The platypus is a river-dwelling mammal that lays eggs. As a carnivorous animal, the platypus can spend up to twelve hours a day, at night, hunting  shrimp, crayfish, insect larvae and worms. But if current climate crisis predictions are correct, the platypus' habitat and ecosystem could be destroyed, which would lead this unique animal to extinction.

According to the study by researchers at the University of New South Wales (UNSW), platypuses face "potentially devastating combination of threats, including water-resource development, land clearing, climate change, and increasingly severe periods of drought."

The new analysis of platypus populations found that there is compelling evidence that platypus populations are declining in Australia and Tasmania. These are the only two countries where the animals exist in the wild. When factoring in the current rates of climate change, the researchers estimate that the platypus population is likely to decrease by 47 percent over the next 50 years.

The researchers said this analysis should provide a sense of urgency for conservation efforts.

"There is an urgent need for a national risk assessment for the platypus to assess its conservation status, evaluate risks and impacts, and prioritise management in order to minimise any risk of extinction," Dr. Gilad Bino, a researcher at the UNSW Centre for Ecosystem Science, said in a press release. "There is an urgent need to implement national conservation efforts for this unique mammal and other species by increasing monitoring, tracking trends, mitigating threats, and protecting and improving management of freshwater habitats."

The researchers also estimated that under current climate conditions, compounded with land clearing and rivers being fragmented by dams, the platypus population has already declined by 40 percent since European colonization.

Director of the UNSW Centre for Ecosystem Science and study co-author Professor Richard Kingsford explained there are several ways in which a platypus can be harmed by human development.

"These include dams that stop their movements, agriculture which can destroy their burrows, fishing gear and yabby traps which can drown them and invasive foxes which can kill them," Kingsford said in a media statement. "Even for a presumed 'safe' species such as the platypus, mitigating or even stopping threats, such as new dams, is likely to be more effective than waiting for the risk of extinction to increase and possible failure."

Last year, researchers a United Nations assessment, spearheaded by the Intergovernmental Science-Policy Platform on Biodiversity and Ecosystem Services (IPBES), stated that at least 1 million plant and animal species are at risk of extinction. Sandra Díaz, who co-chaired the report, warned at the time that nature, which has acted as humanity's "safety net," is reaching a breaking point.

"Biodiversity and nature's contributions to people are our common heritage and humanity's most important life-supporting 'safety net'. But our safety net is stretched almost to breaking point," Díaz said. "The diversity within species, between species and of ecosystems, as well as many fundamental contributions we derive from nature, are declining fast, although we still have the means to ensure a sustainable future for people and the planet."