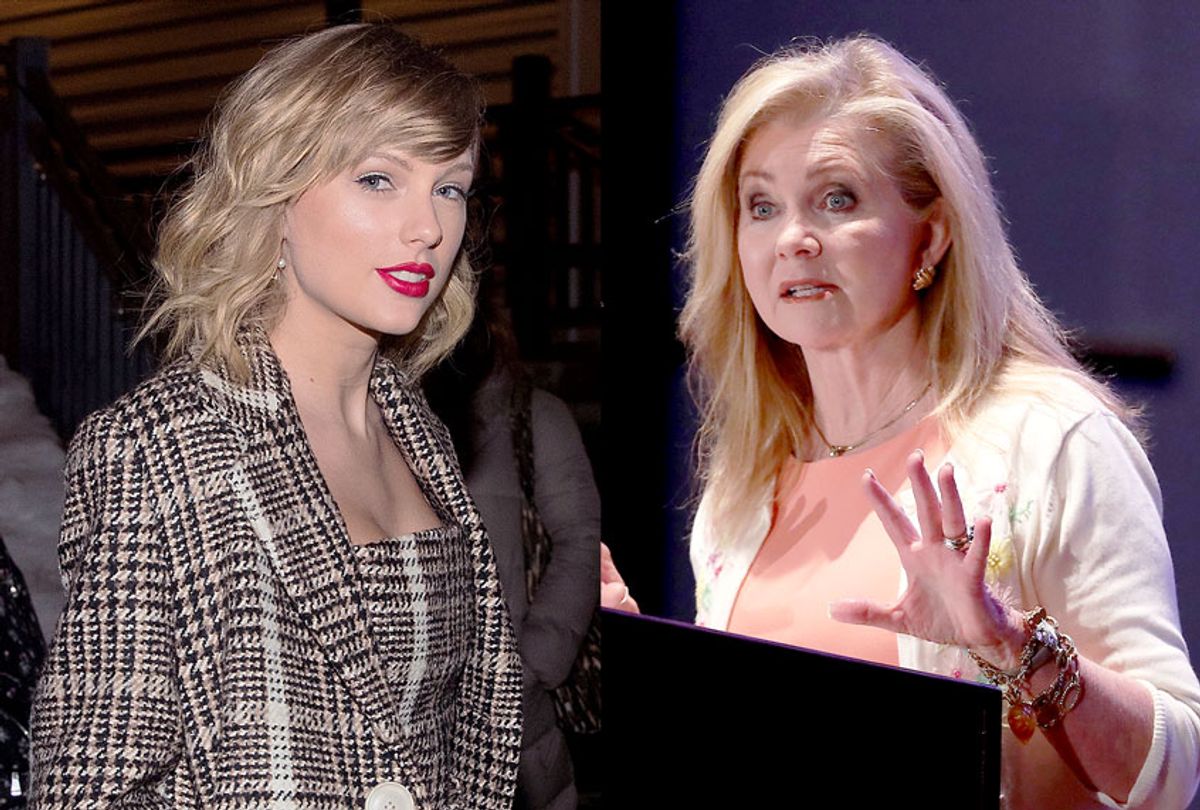 In her new Netflix documentary Miss Americana, singer Taylor Swift takes aim at Republican Senator Marsha Blackburn and compares her to Trump in a scene where the entertainer is shown reacting to Blackburn's victory in the 2018 race that saw her become the first female senator to represent Tennessee —  a state that both Swift and Blackburn call home.

"She gets to be the first female senator in Tennessee, and she's Trump in a wig," Swift says. "She represents no female interests. She won by being a female applying to the kind of female males want us to be in a horrendous 1950s world."

Swift also takes a swipe at Blackburn over her her 2013 vote against the reauthorization of the Violence Against Women Act and stance against same-sex marriage.

Read more over at CNN.