What will happen to campaign workers after the Feb. 3 caucuses? It's a question that's in the cold Iowa air.

By Barbara A. Trish 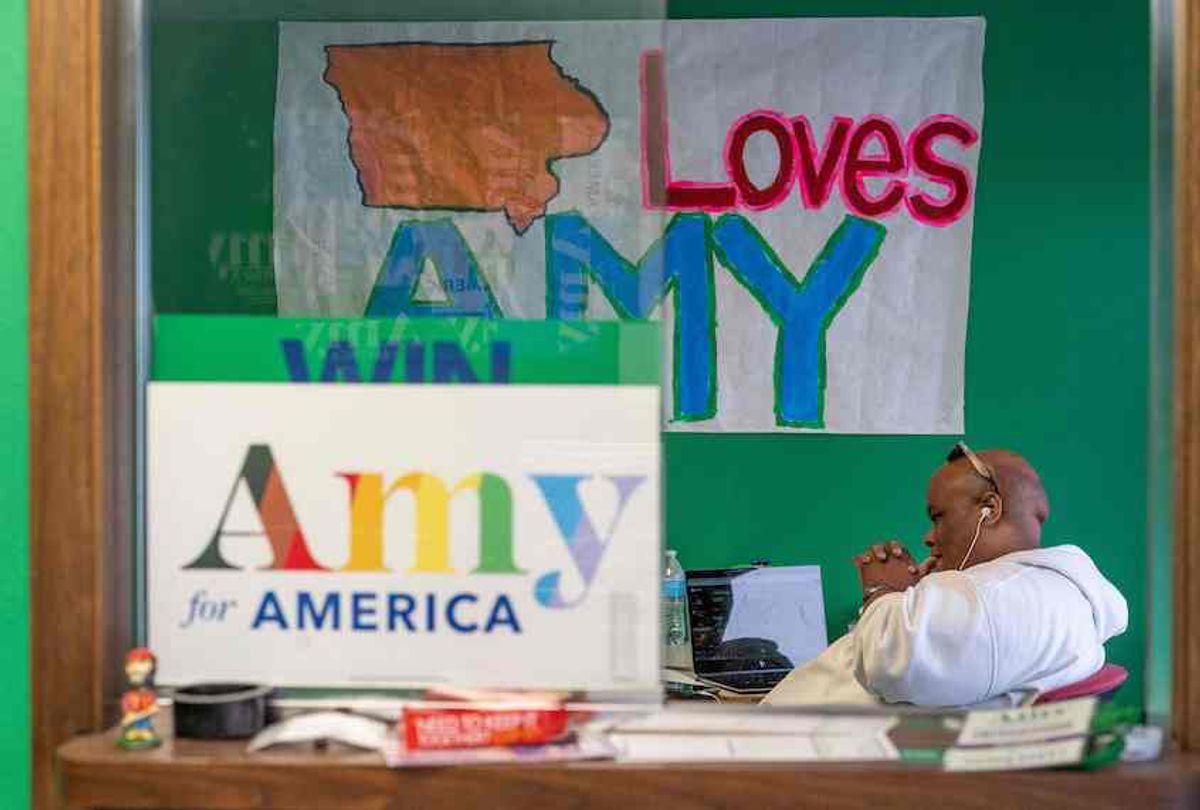 Soon, there might be a little clarity about the Democratic nomination race, maybe even for those workers in Iowa who staff the presidential campaigns.

2020 is a banner year for staff in Iowa, given a wide field of campaigns, each staffing up with tens, in some cases hundreds, of paid employees. I've interviewed a number of them for a book I'm coauthoring — "Inside the Caucus Bubble" — to be published by Routledge.

Counting staff is pretty tricky. They're a moving target, even more so this cycle with candidates in and out at record pace. Complicating things further, many campaigns have deployed national staff to Iowa. An informed guess right now: There are perhaps 750 staff on the ground across all the Democratic campaigns; Bernie Sanders reportedly has more than 250 staff, Joe Biden has more than 150 and Elizabeth Warren more than 100.

These workers, mostly young and educated, have become accustomed to uncertainty. Still, the question of just what will happen to them after the Feb. 3 caucuses wafts through the air, carrying with it a subtle message about the state of democratic politics.

Iowa campaigns began staffing up in earnest early in 2019, building the framework for field organizations. Considered key to success in Iowa, field organizers — boots on the ground — fuel efforts to mobilize supporters to the caucuses.

When Jacob Hamblin, an Ohio native with several campaigns under his belt, considered working in Iowa, he grappled with the conventional questions, he told me. How long will a given candidate stay in? Who else will enter? From early on, it was clear that staff would be in a seller's market, with many campaigns hiring and many positions to fill.

Jacob signed on with Cory Booker — a candidate he could "get excited behind" — as a regional organizing director, a management position in the field structure.

Still, Jacob mused about the unknowns — "Did I really want to move to a new state, not have any idea how long the job would last, what the work conditions would be?"

What sealed the deal: past connections and respect for colleagues already on board with Booker.

Not all staffers come in with Jacob's experience or network, but campaigns try to offer the support they can. Connecting incoming staff with "supporter housing" — that is, a spare bedroom or sofa in the home of a Democrat or a campaign supporter — is routine. Some organizers stay in this arrangement for the duration, others only a short time.

Marisa Bremer, right out of college, lived temporarily in supporter housing when she came to work for Kirsten Gillibrand as an organizer in Iowa City, which has a tight rental market.

On a Monday, Marisa signed a six-month lease, a rarity there, but good timing given that the caucuses were six months off. That Wednesday, Gillibrand dropped out.

Marisa's landlord — "the true definition of Iowa nice" — found someone to take the lease, and even returned the entire security deposit.

With more than 20 presidential hopefuls in the field at one point, the withdrawal of candidates was a given. Some, however, orchestrated it better than others.

Beto O'Rourke dropped out with no advance notice in front of stunned supporters and staff assembled for a high-profile, multi-candidate event.

"Our staff had spent multiple weeks … [trying] to make the event a success, " Hall said. "It was sad for a lot of people."

Katherine Shen experienced two candidate withdrawals. A transplant from New York, Katherine came in July to work for Gillibrand — upon arrival buying a car, a must for organizers. When Gillibrand dropped out two months later, she felt both "anger and heartbreak."

In a seller's market, offers from other campaigns come quickly. For Katherine, signing on with Kamala Harris made sense. It "checked off every box" — a qualified nominee with whom she would be "proud" to work, she said. And Katherine knew the Harris staff from her Gillibrand days.

On Dec. 3 when Harris withdrew, it was open season on her staff, angering former Iowa Democratic chair Sue Dvorsky, who tweeted later that day. "Stay the f*** away from the Harris field. Of course you want them to work for you. They're … amazing, … sad, [a]nd grieving."

Katherine opted not to sign on with another campaign.

Staffers, with or without prior Iowa experience, grow to understand the lay of the land. They forge relationships with fellow staff, activists and political leaders.

In doing so, they build social capital, becoming part of a network with shared political ideals and experiences, even with nationwide reach.

Kurt Meyer, an Iowan with wide-ranging party and campaign credentials, is philosophical about what comes next.

"Most of the young men and women working campaigns are accustomed to uncertainty," he said. It's a reasonable trade-off "for being where the action is, for helping determine the course of our country."

The consensus among staff is that work conditions were better this cycle. Disbursement data filed with the Federal Election Commission show salaries of field organizers hovering around US$3,000 per month, though there is variation across campaigns.

That income is not bad in Iowa, if sustained; not great if the campaign folds quickly. And not great compared to the widely reported Michael Bloomberg field-staff compensation of $6,000 a month.

I don't know who needs to hear this but stay the f*** away from the Harris field. Of course you want them to work for you. They're freaking amazing. And sad. And grieving. Sit all the way down. They know where you live. They'll get back to. Or not.

And there's something new in this election cycle. Most of the campaigns still in the mix have union contracts, at least covering organizers, giving a little more certainty about basics like time-off, mileage reimbursement and benefits.

Jonathan Williams, a spokesperson for UFCW Local 400, a food and commercial workers union under which the Sanders campaign organized, paints a clear picture of where things will soon stand for staff: "[Y]ou are [either] out of a job … or you get relocated." He adds that the Sanders contract has provisions covering both of these scenarios.

Assurances aside, even if benefits accrued are worth the trade-off, staff life remains fraught with uncertainty. Consider even a best-case scenario, namely working for the eventual nominee.

Carlo Makarechi had been in Iowa since August 2015 with Hillary Clinton's 2016 caucus campaign, and after that deployed to Nevada, then Washington. Carlo said that "a campaign [makes] real time decisions about how to deploy staff, based on constantly changing data." But finding out about his general election post came after "months of uncertainty," which he found "challenging."

Of course, other industries have less-than-ideal conditions, and ultimately young, bright and educated campaign staff have options. But there's a subtle yet distressing message for U.S. democracy when tolerating uncertainty is effectively part of a job description.

Whether because of money or family responsibilities, some just don't have the luxury to enter this world of campaign staff, and that's a loss for them personally. But it's a loss for the system as well.

MORE FROM Barbara A. Trish