My caucus in Iowa City had 60 fewer people than four years ago. Tepid turnout will re-elect Trump for sure 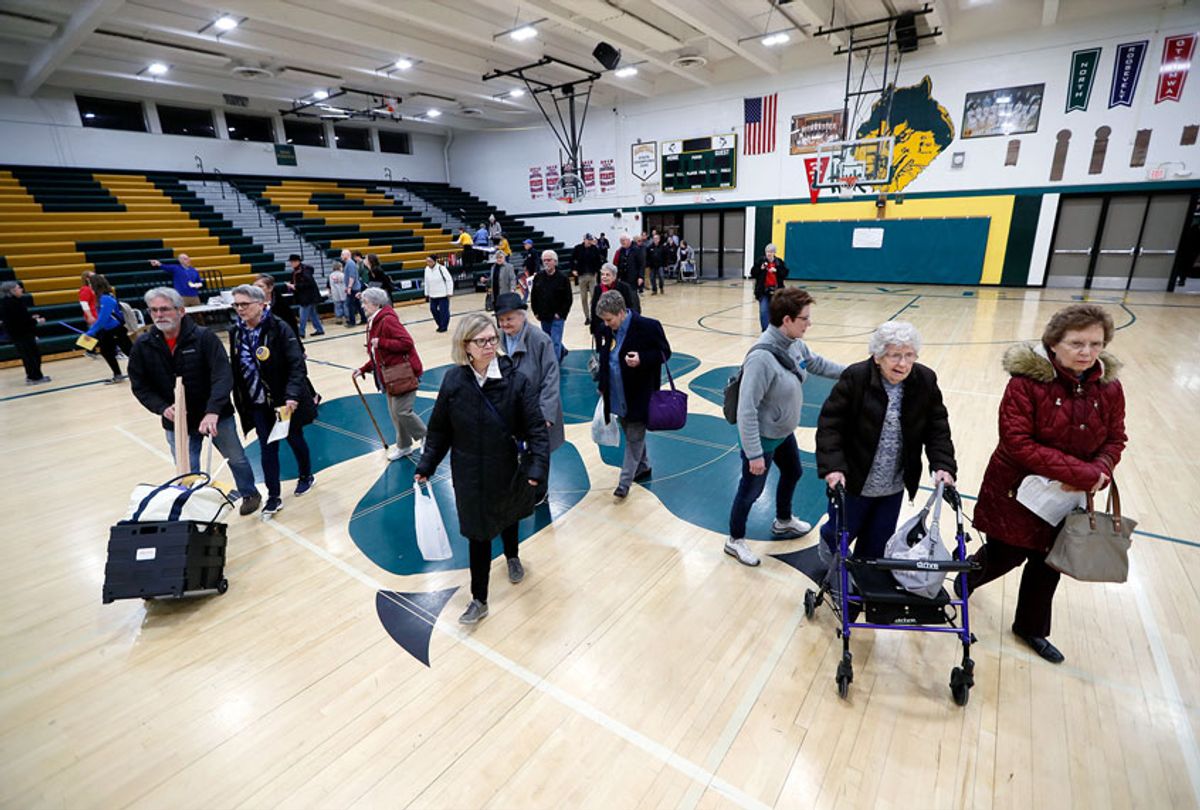 We arrived at 6:25 p.m. on Monday night at our caucus location in Iowa City, assuming there would be an overflow crowd. Sure, there was a line, and the crowd was packed. But within 20 minutes, I was sitting snugly in my seat in the high school auditorium.

Despite the pre-caucus hype of record turnout, my caucus in our university town, one of the largest in the state, checked in at 875 people — a decrease of 60 from 2016's total of 935. That turnout appears to be the general rule across the state, even as we await final tallies, which now place Sen. Bernie Sanders and former Mayor Pete Buttigieg in a tight race, with Sen. Elizabeth Warren not far behind.

Here's the real wakeup call for Democrats, coming out of Iowa: We can't put our heads in the sand and ignore the middling turnout, in a time of bonafide historic upheaval.

If Democrats don't put together an unprecedented get-out-the-vote effort in 2020, far exceeding anything from the past, we are setting ourselves up for failure.

The Iowa caucus is a case study of this reality. While Republicans reveled in record turnouts, Democrats faced an entirely different scenario.

Forget about problems with the Iowa Democratic Party's apps. Put aside your dismissals of Iowa's antiquated caucus process.  My precinct secretary tallied our two rounds of votes and posted the final delegate numbers on social media later that night.

According to a NBC News entrance poll, even first-time voters — the young backbone of the progressive forces — dipped below past years as well. In 2008, first-time voters soared to 57%, thanks to the enthusiasm over Barack Obama's campaign; last night, an estimated one in three voters was a newcomer.

And it gets worse: Past turnouts were already at such cringe-worthy lows. In 2016, only 15.7% of Iowa's voting-eligible population took part in the caucus. Our record turnout, thanks to Obama's campaign in 2008, clocked in at 16.1%.

We all know turnout is the key to every election, especially in swing states. In 2016, Trump beat Hillary Clinton in neighboring Wisconsin by only 23,000 votes.

So this has nothing to do with malfunctioning apps — or even with Iowa.

Iowa's caucus debacle is only the flat tire on a Democratic Party bus that is waiting to take off.

The real discussion, post-Iowa, is whether Tom Perez's Democratic Party can galvanize the necessary vision, enthusiasm and opposition to beat Donald Trump in November — or not. Will an entrenched party leadership under Perez allow Sanders, Warren or Buttigieg to rise in the front ranks?

It's about the Democratic Party uniting around a bold vision that not only challenges the empty promises of Trump's economic claims, devastating environmental rollbacks, and reckless immigration and global policies, but inspires new and dispossessed voters to show up on Election Day.

Battered by the trade wars, a farm crisis and historic flooding, Iowa should not have been a tough playing field to rouse enthusiasm. Rising health care costs and climate change remain the top two priorities of caucus-goers.

But with Democratic leadership that has refused to allow debates on climate change, stacked the convention committees with members of the corporate establishment, and eased debate requirements for billionaire Michael Bloomberg, you have to wonder: This party could go down to defeat once again, against one of the most dangerous presidents in American history, unless the Democrats get new leadership, and a unified message — and right now.

Having served as a Democratic Party aide in the presidential campaign in 1984, where I crisscrossed snowy Iowa and the country, I witnessed firsthand the chronicle of a disaster foretold by a Democratic Party under the stranglehold of an outdated machine. Vice President Walter Mondale went down in a landslide against President Ronald Reagan, after the party managed to crush the enthusiasm of a broad section of candidates, including the "new ideas" of Sen. Gary Hart, former astronaut John Glenn and the Rev. Jesse Jackson, leader of the Rainbow Coalition.

If Iowa accomplished anything in 2020, it appears to have dispelled the Mondale curse. Electing our stale former vice president, Joe Biden, does not look likely after what looks to be a distant fourth-place finish.

Now it's time for the rest of the Democratic Party to get in gear — and get out the vote.