Iowa's verdict is still muddled — but for Joe Biden, no way to "sugarcoat" this disaster. It could get worse 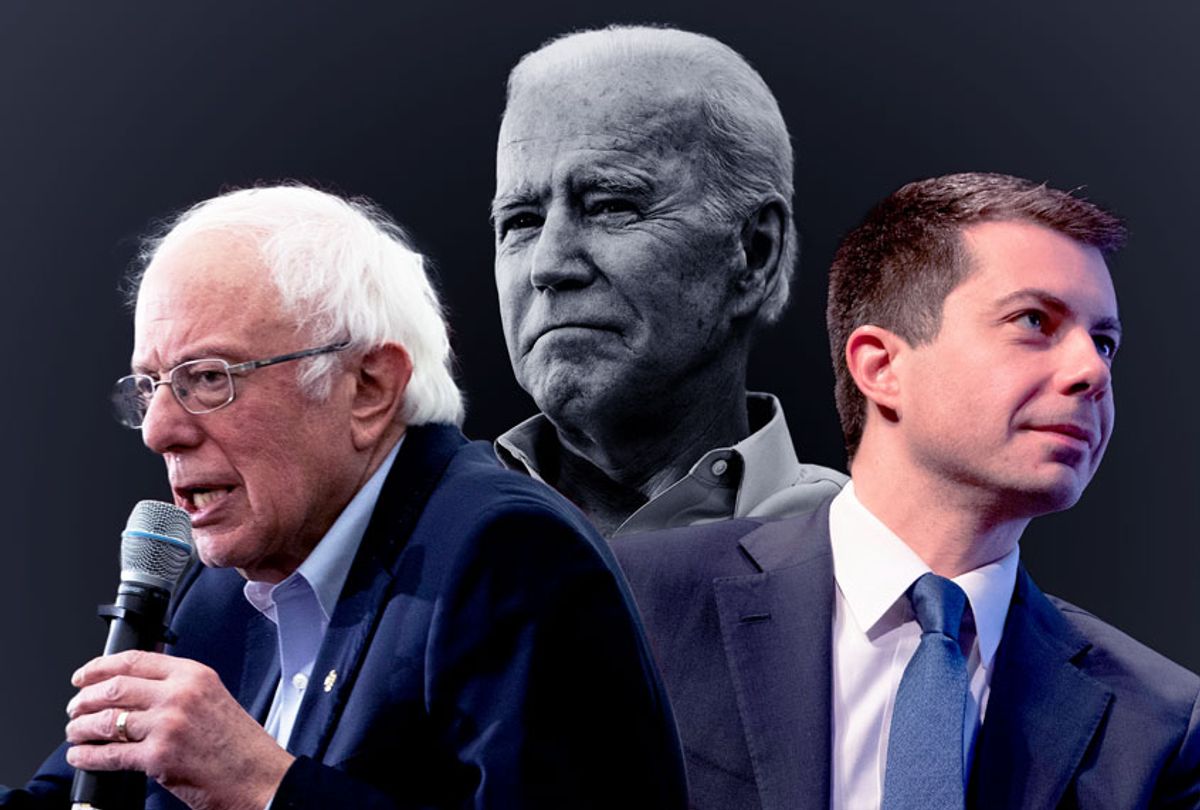 Iowa's massive screw-up may have been Joe Biden's Waterloo.

"At this rate, New Hampshire might get the first vote after all," Biden joked on Wednesday in Concord, New Hampshire, noting that "24 hours later, they're still tryin' to figure out what the heck happened in Iowa."

As of Thursday morning, the results of Monday night's Iowa caucuses had not yet been completely tabulated and the Iowa Democratic Party has not given a timetable for when it will release the outstanding results from the more than 1,600 caucus precincts. Remarkably, as a detailed report by Nate Cohn and others for the New York Times explains, numerous inaccurate results were released on Wednesday, further adding to the chaos and confusion.

Iowa is certainly a mess. But in the big picture, the race for delegates from the first votes of the 2020 presidential race looks to be a tie between Sen. Bernie Sanders — whose race against Hillary Clinton in the state four years ago also ended in a dead heat — and former South Bend Mayor Pete Buttigieg, who looks to have benefited from the proximity of Indiana and from the fact that he wasn't pulled back to Washington for Donald Trump's impeachment trial. Amid the muddled mess of Iowa's counting reforms and a clumsy rollout of new technology, Joe Biden's fourth-place finish, well behind Sen. Elizabeth Warren of Massachusetts, was overshadowed. Instead of taking his licks and quietly moving on, the former vice president has decided to attack the party for its massive mishandling of the vote.

Late Monday, as the confusion over a technical meltdown delayed the reporting of results, a lawyer for the Biden campaign sent a letter to Iowa Democratic officials citing "considerable flaws in tonight's Iowa Caucus reporting system." Biden's deputy campaign manager, Kate Bedingfield, suggested that the flawed reporting system "should raise serious concerns for voters." By Wednesday, however, with no clear winner able to ride a wave of media momentum, Biden quietly admitted that his campaign came up short in the first Democratic presidential nominating contest.

"I am not going to sugarcoat it," Biden said Wednesday while campaigning in New Hampshire. "We took a gut punch in Iowa." Whatever Biden's online defenders may claim now, his campaign had set high expectations in the Hawkeye State, and he led in some polls within the last two weeks.

So much for the electability argument.

According to entrance polls, Biden won just 3% of young voters. He was clearly out-organized in Iowa, and New Hampshire doesn't look much better for him.

Biden dropped from 18% in Monday's Boston Globe/WBZ-TV/Suffolk University poll to just 12% on Wednesday after news of his poor Iowa showing. Sen. Amy Klobuchar of Minnesota, who finished fifth in Iowa, pulled larger crowds than Biden in the Granite State this week. After a likely loss in New Hampshire next week, if Biden fails to finish in the top two in the Nevada caucuses on Feb. 22 he can no longer be considered a frontrunner. Sure, he remains favored to win in South Carolina, where the Democratic electorate is dominated by moderate black voters. But both in the delegate count and the narrative of momentum heading into Super Tuesday, that's small ball. Winning only one of the first four states on the calendar will leave Biden's campaign on life support. (Virtually overnight, Nate Silver's FiveThirtyEight site downgraded Biden from 43% odds of winning the nomination to 17%.)

But Biden isn't the only candidate making a big electability push. With his "Bernie would have won" meme holding strong since his stronger than expected 2016 run, Sanders has consistently argued that he can expand the electorate enough to defeat Trump and shepherd substantial progressive policy through Congress. The botched handling of Iowa's caucuses certainly hurt Sanders in terms of perception: He has held the lead in the raw vote total since the beginning of the count and is now almost even with Buttigieg in the mysterious arithmetic of "state delegate equivalents." But given that party primaries are largely a game of expectation-setting, the Iowa mess arguably also overshadowed what could be interpreted as an underperformance by the Democrats' apparent new frontrunner.

Sanders appears to have performed worse than his 2016 showing with nearly every demographic group — except voters of color, which is certainly significant. He won 43% of nonwhite voters, compared to just 34% in 2016, according to Iowa entrance polls. There are obviously many more candidates running in 2020 than four years ago, so it's natural that Sanders' vote share would decrease, but going from 50% to 25% is concerning no matter how many other candidates there are. Only 15% of voters who said they prized electability picked Sanders. While the Sanders campaign notes that turnout among 17-to-29-year-olds went up, in areas where people aged 18 to 24 represent an above-average share of the population (which generally describes Iowa's numerous college towns) there was no greater increase in turnout.

Sanders himself admitted that turnout was "not as high frankly as I would've liked to have seen."

Low turnout is a bad omen for Democrats in general, not just for the Sanders campaign. In Howard County, Iowa — the only county in the entire nation that swung from Obama in 2012 to Trump in 2016 by more than a 20% margin — Democratic caucus turnout was down by 57% compared to 2008.

Now it's on to New Hampshire, a state Sanders won with more than 60 percent of the vote in 2016. He is clearly still the favorite, but Buttigieg now hopes to gain ground in the final week based on favorable (if mildly misleading) media buzz on his Iowa "victory." As the first post-Iowa polls show a bump for Buttigieg in New Hampshire, he is now ditching the state in order to raise money in Manhattan, having spent a sizable chunk of his war chest to ensure a strong showing in Iowa. Buttigieg will be back in New Hampshire for a CNN town hall before the final pre-primary debate on Friday, where he may well be grilled on his reported connections to the developers of the app that crashed the Iowa caucuses.