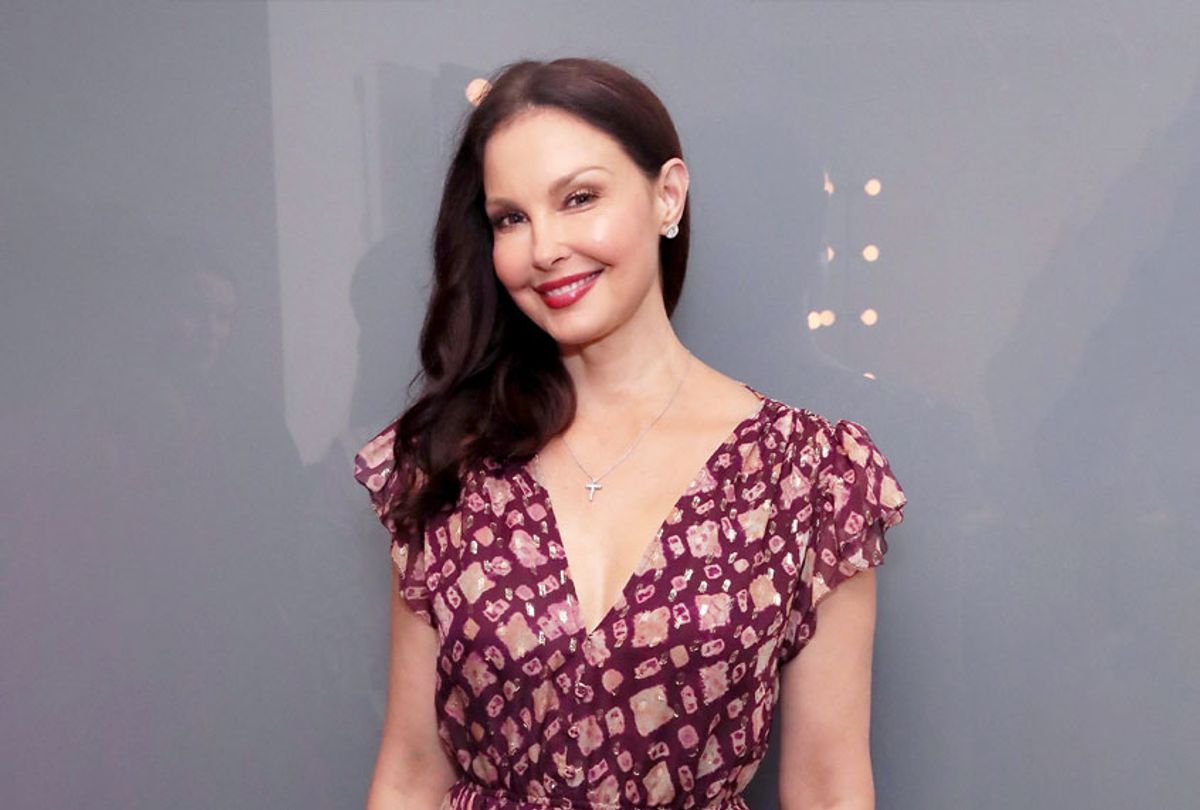 While much of the media has portrays the Iowa caucus results as a two-way split between Sen. Bernie Sanders of Vermont and former South Bend Mayor Pete Buttigieg, Sen. Elizabeth Warren of Massachusetts was close behind, and well ahead of the purported frontrunner (until now), former Vice President Joe Biden. This is attributed to Warren's excellent ground game and the widespread belief that she's the most competent candidate in the race, even as her gender gives people who are worried about electability some concerns.

So it's no surprise, really, that a brewery in the small town of North Hampton, New Hampshire, had every seat filled to hear a short speech not from Warren herself, but from Ashley Judd on Warren's behalf.

"This is the most euphoric I have ever been to support the candidate," Judd told the rapt crowd, after mentioning that she had been politically engaged since the '90s. "It has to do with my personal story from eastern Kentucky."

Judd is famous to many Americans as an actress and, in recent years, as a feminist activist who was one of the first to speak out about Harvey Weinstein's sexual abuse and who read a gloriously ribald poem at the first Women's March in 2017. For me, she's known just as much for being the daughter and sister of Naomi and Wynonna Judd, who were absolutely ubiquitious as country-western singers in the '80s, when I was a kid in West Texas. (The Judds had 14 No. 1 hits on the country charts!)

It was this country-fried aspect of her identity that Judd leaned into when talking up Warren as this event, speaking about her mother "was married and pregnant and dropped out of school at 19" and, because "we come from coal country," her uncle developed cancer and died. (This latter detail caused a lot of yes-ma'am murmuring, likely because New Hampshire is dealing with its own battles over a coal-burning power plant.)

Judd connected these childhood experiences to those of Warren, who attributes her choice to become one of the foremost experts on bankruptcy law in the country to growing up in Oklahoma and watching her mother  take a minimum-wage job to save the house after her father had a heart attack.

Warren doesn't just study "why American families go bankrupt," Judd said, to big applause. "She abso-fucking-lutely does something about it."

"I'm from a very small town in Pennsylvania: 202 people," Mallie Prytherch, who was up from Virginia to volunteer for Warren, told me at the event.

"It's an old coal town and Trump tricked them," she said, saying that Donald Trump had told voters in her region that he was "going to give you your jobs back ... and give you your lives back."

Did that happen? "It's only gotten worse," she said.

"I've been a lifelong Republican," Aileen Maconi, a New Hampshire voter, told me. But she "always believed that the government should be supporting and helping those people that have the greatest needs."

Maconi, who was wearing a Moms Demand Action T-shirt, switched to being an independent a couple of years ago. She said she hadn't decided who to support in the primary, but that her first priority was voting for "a gun-sense-certified candidate," a Moms Demand Action designation that Warren has earned.

The event pointed to why, despite an onslaught of sexist coverage questioning her "electability," Warren did relatively well in Iowa and still has a realistic chance of convincing voters she can beat Trump. She has real appeal to the closely-watched voters who are seen as up for grabs in 2020: Rural voters in economically-distressed areas in swing states, and women who have been loyal Republicans but have peeling off because of the party's radical-right politics on issues like guns and the social safety net. (And because Trump is a sexist pig.)

Warren outperformed expectations in Iowa, and because of all these, I wouldn't count her out in New Hampshire either. "Electability" can and should be about much more than gender.