"Fox & Friends" fumes at Mitt Romney for voting to convict Trump: “Don’t bring religion into this!" 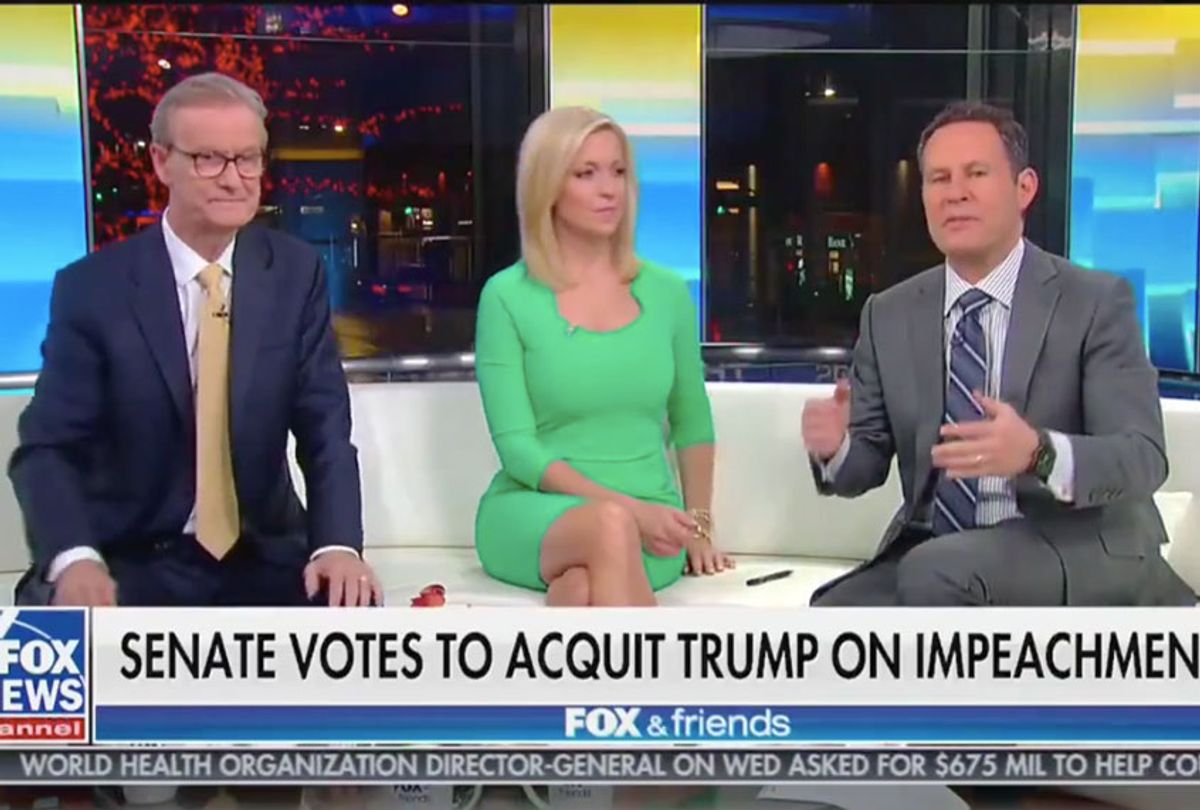 The hosts of "Fox & Friends" were very displeased at Sen. Mitt Romney's (R-UT) justification for voting to convict President Donald Trump of abuse of power.

Specifically, the hosts took particular umbrage with Romney citing his Mormon faith as justification for voting to remove the president from office.

Co-host Steve Doocy, who earlier in the segment sarcastically called Romney "the Democrats' favorite Republican," meekly spoke up for the Utah senator by saying that "a lot of people are guided by their faith."

"That was totally insincere!" Kilmeade raged. "'My faith makes me want to convict Donald Trump,' when two years ago you said he was unworthy for the office?!"