Why I'm sick of "woke" culture 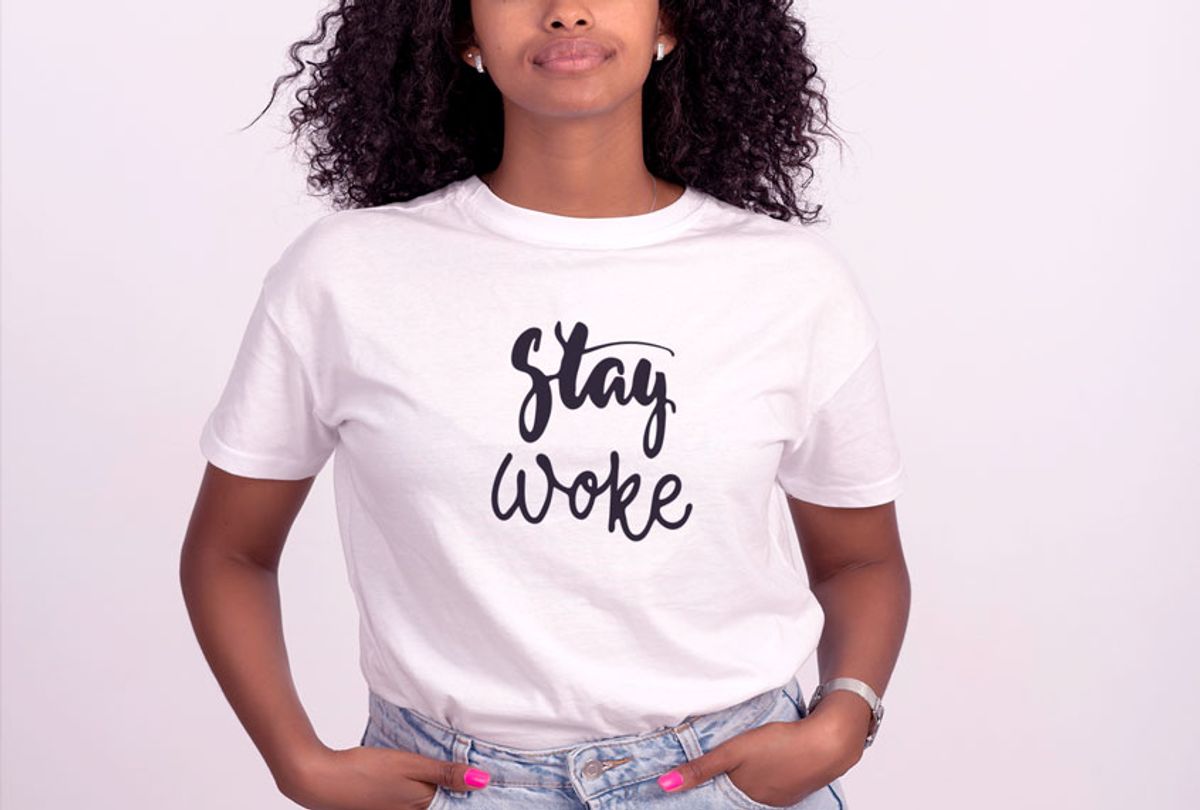 Excerpted from "We Speak for Ourselves: A Word from Forgotten Black America" by D. Watkins (Atria Books, 2019). Reprinted with permission from the author.

"Big bruh, I got these #StayWoke shirts for twenty dollars!" said the dude I've bought my incense from for over five years now. His shop is just a little ways away from my neighborhood and he always has a nice selection.

Dude bagged my goods, I paid him and proceeded to walk away as he grabbed me by the sleeve of my hoodie to show off his new merch.

He laughed, "You betta wake up, man, it's a jungle out there! Stay woke!"

I shot a peace sign at him and left the store.

Everybody's woke now, right? I wonder how that's working out? The term "woke" simply refers to not being asleep, not being ignorant to the issues that plague black America—racism, poor schools, food deserts, crooked cops, our broken justice system, unfair hiring practices, and the banks that bury us with vicious Black Taxes like unfair interest rates on mortgages. You know . . . the hurdles.

Woke people know the origins of everything that hurts black people, the policies that allow these systems to function, and have the most effective language when given the opportunity to explain these issues, mainly online or during the intermission at spoken-word readings. Woke people are smart—they are normally educated with at least one bachelor's degree, keep a copy of a James Baldwin or bell hooks book on their person, have a passport, are fluent in all forms of social media, and have been to Cuba at least once since Obama lifted the embargo.

Woke people wear locs or baby fros and use coconut oil, olive oil, and hemp soap. They blog, they have a brand, they wrap themselves in henna or war paint at festivals even though they rarely engage in a physical war, if they ever engage at all.

Woke people have the best graphic T-shirts and catchiest hashtags. They have great jobs or no job because their families can afford to float them, they are the first to pop up at a protest, take the best viral images, and run home to talk about it on the internet. Sharing variations of the same image repeatedly. Here are some of my favorites:

I went to two protests before I realized they weren't for me. The woke crowd seemed off and I didn't know why. I guess it felt like everybody was talking to a group of people who don't listen. It wasn't until Donald Stevenson, a real activist sitting in the audience at a panel I sat on in Southeast DC, broke it down that I understood.

I shared the stage with two well-known authors and community leaders, re-entry expert Tony Lewis Jr. and artist Aaron Maybin. We were talking about our community work to a small crowd, sharing successes and failures and telling people what they could do to help us if they wanted to be a part of the positive changes happening in DC and Baltimore, beyond protests. It was light, funny, and I think some people were inspired. Then this loudmouth dude in a linty sweater with sparkles and wide-leg dress pants barged in yelling, "Y'all Black Lives Matter people not gonna be coming to my neighborhood and telling me how to run it!"

I laughed to keep from flipping out on the dude. My temper had got the best of me on a panel before and I didn't want to embarrass myself or the organizers.

"Aye, man, you owe us an apology. You know who I am and the work I do," Tony said. "We all work together to make DC better for everybody and these brothers are doing great work in Baltimore, so sit down. You sound silly!"

A woman in the front row shifted the conversation. "Y'all only talk about police murder, what about all this black-on-black crime, that's the real problem! Black lives don't matter when we kill our own!"

Stevenson responded from the audience: "Protesting has always been the response of middle-class Africans Americans to injustices. A response that takes a great deal of strategic planning, resources, and education on various issues. Black Lives Matter isn't any different. While on the contrary, the response of poorer African Americans is more in-your-face direct and oftentimes referred to as hostile resistance or abrupt disorderly conduct.

"One asked, 'Where is the outcry when blacks kill other blacks?' Well, let me show you. It can be found within the countless murals (sidewalk and wall) found in the black community; the countless trees lined with teddy bears and liquor bottles; the hostility toward police in the community who are sworn to protect and serve and who are always present except at the time of many violent attacks. It can be seen in the overflow of emotion at funerals of slain young people; and, due to the lack of positive safe outlets for grief and loss counseling and the miseducation of effective coping mechanisms, will often lead to self-medication to suppress these emotions. Leading to high rates of drug abuse and alcoholism. I can go on and on. So honestly, all the 'Woke People,' aka Poverty/Struggle Pimps, exit left.

"Let's coin a new phrase: 'get active.' To be 'woke' for most African Americans, to me, is the equivalent of 'white guilt.' It's usually thrown around by the offspring of black elites, either Ivy League or prestigious HBCU grads, individuals who have no consistent ties to inner-city African American communities, where many of the issues they take pride in fighting for are simply the everyday reality for those who have no other choice but to endure."

He summed it up. Everything I was thinking in one response and it validated my experience. I instantly saw images of this funeral I attended for a friend named Baggy a week prior—dude was twenty-three and it was packed wall to wall—aunts and grannies crying, people throwing up and passing out. Tears on every face.

Stevenson's point made me think about the middle- and upper-middle-class African Americans unable to understand the poor and vice versa. We speak differently, but society puts us in the same group because of our skin color. As always, the more affluent get the opportunity to control the narrative so being "woke" is hot and will be until the rest of black America gets a voice.

Now I have a book out and I'm a voice. I travel, meet "woke" people all of time, and tell them that they are a voice—not the voice but a voice—but that doesn't mean much for the betterment of our people if action is not added to those words.